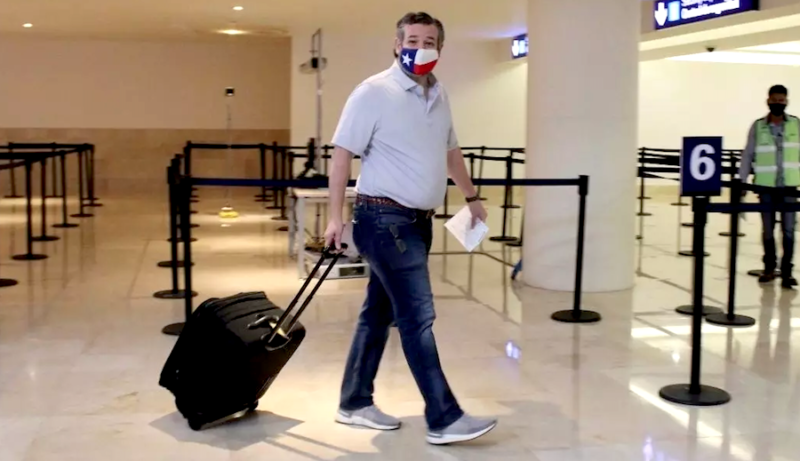 Ted Cruz, lover of Cancún and basketball rings, has a scandal on his hands: Forbes reported yesterday that Cruz’s campaign may have spent one hundred and fifty-three thousand dollars on copies of his 2020 book, One Vote Away: How a Single Supreme Court Seat Can Change History, in a manner not complying with campaign finance laws. For context, Cruz’s book advance was $320,000.

Here’s what happened: the Cruz campaign spent $153,000 at retailer Books-a-Million in the three months after One Vote Away was published (on September 29th, 2020). Two weeks after publication, Cruz’s campaign spent $40,000 at Books-a-Million; on October 30th, the campaign spent $1,500 there; and on December 1st, the campaign spent $111,900 more. The campaign’s filings list all three purchases as just: “books.” This appears to be in violation of the protocol that a politician’s campaign can only buy copies of their own books directly from the publisher, and the royalties they would normally receive on those sales must be given to charity. Given the sizeable nature of these purchases, it’s possible the Cruz campaign is responsible for bumping One Vote Away’s sales to reach best-seller lists.

Cruz’s campaign, talking to Forbes, declined to identify what books the campaign had purchased. Said a spokesperson to Forbes, “Senator Cruz has not received one cent of royalties in connection with any One Vote Away book sales.”

Damningly, Cruz’s campaign also spent $5,000 on Facebook ads promoting One Vote Away—using campaign funds for personal use, which candidates are famously not supposed to do.