It is a given that everyone loves an award banquet, so much so that if they cannot be there they will watch it on television. Television might be the better option for such viewing. When you are actually at an award show, you are probably wearing uncomfortable clothes; there are inevitably 20 people in front of each bar for the whole hour of the opening reception (cash bar when dinner starts, babe, though people can buy wine for their tables); you run into plenty of people you don’t mind seeing but you can’t find the ones you’d actually like to see. And if you are me last Thursday night at the Edgars, which are the premiere awards for crime writing in the US, you are scrambling through the reception fumbling a phone, an evening bag, a pen and a program while trying to shake hands with all of the people you are introduced to by friends. Oh, and you’re live tweeting and taking photos too. No biggie.

That said, there is an undeniable feeling of a special occasion at the Edgars; well, either that or some women have wardrobes with multiple full-length gowns in them, like a socialite or Vanna White. There were men in tuxedos, too, and until the reception really started to feel like a cattle car I chatted with a whole host of publishing and crime fiction people: writer Hilary Davidson (who I always run into in elevators), editor Clair Lamb, writer and critic Sarah Weinman, writer Megan Abbott, writer Rob Hart, former NBA superstar turned Holmesian crime writer Kareem Abdul Jabbar, and lots of publishing people. The Edgars are mainly attended by nominated writers and their entourages (note: think about who Mark Wahlberg of crime fiction world might be), as well as scattered critics and a few fans active in the community, being up for an Edgar is a big deal. It is actually an honor just to be nominated.

When you check in you get a very detailed program about the evening: the Mystery Writers of America, the sponsoring organization of the Edgars, is an efficient and enthusiastic bunch (a couple of staffers and a lot of volunteers). I couldn’t really open my program given the juggling situation so I had someone look up my table (press people are scattered around the room, not ghettoized at a press table), which turned out to be made up of the winners of the non-writing awards and a few MWA folks. This is only my second Edgars but memory served me correctly: the time in which the staff of the Grand Hyatt serves and clears three courses is Olympic, maybe even Guinness world-record speed. This is all a little weird and awkward when you are, talking to the gentleman on your left about his childhood in San Francisco in the 1950s, Judy Blume, and late marriages; trying to eat like someone who has been around a multiple utensil place setting before; and still live tweeting. I would rate my performance as a combination partygoer and reporter pretty highly so far.

Former MWA President Sara Paretsky (author of the excellent long-running V.I. Warshawski series) introduced the new MWA President Jeff Abbott, who recalled the year he was nominated for Edgars in two different categories and lost twice; an evening, he recalled, “of awkward smiles and brotherly hugs.” Abbott was a endearingly awkward host as well, telling us he had a book due in two days so if he took our his laptop we could just remind him to continue to emcee. Occasionally he mentioned his word count.

To the highlight reel of the 70th annual Edgar Awards!

Janet Rudolph was given the Ellery Queen Award, which honors “outstanding people in the mystery-publishing industry.” Rudolph, whose PhD focused on religion and mystery fiction, is the founder of Mystery Writers International, which publishes the quarterly Mystery Readers Journal. Rudolph also blogs at Mystery Readers Journal and Dying for Chocolate, and has been involved in many crime fiction conventions and events (especially Left Coast Crime). If that’s not enough, she and her husband (my charming tablemate) regularly open their San Francisco house for salons where visiting writers can meet local fans. When I asked Rudolph how she felt about the award, she replied, “As a popularizer of all things mystery-related, I promote the pure enjoyment of the genre in many different forms—my goal is to enrich the lives of mystery readers.” And she does.

Two Raven Awards were presented, one to an individual and one to a group. The Ravens are given to non-writers who have made a significant contribution to the community. The first one went to Margaret Kinsman, a London-based professor who was the longtime executive editor of Clues: A Journal of Detection, the only American journal devoted to crime and mystery. The other Raven went to the vital organization Sisters in Crime, which Paretsky (and others) started during Edgars week in 1987. SinC’s mission is to promote women crime writers (though lots of men are also members). Writer and current President Leslie Budewitz accepted the award on behalf of SinC, proud of all that the organization has accomplished but firm in the notion that there is “still work to be done.”

After the awards for TV Episode, Best Juvenile, and Best Young Adult books (a list of winners is here), Best Critical or Biographical book went to Martin Edwards for his account of the real-life club that Agatha Christie and other writers formed to solve crimes, The Golden Age of Murder. Best Fact Crime (which should probably be called true crime now?) went to Allen Kurzweill for a book I’m in the middle of and loving called Whipping Boy, in which Kurzweill tracks down a boy who bullied him at a Swiss boarding school who is now an international con man. Truth!

Then, people, the Edgars got real. Activist and publisher Paul Coates—who as fellow Baltimorean Laura Lippman pointed out is also the father of a writer who is doing pretty well, Ta-Nahesi Coates—introduced his friend Walter Mosley, the recipient of this year’s Grand Master award (and the first person of color to win), the highest honor in the mystery world. I now wish I had recorded Coates’s speech as well as Mosley’s so I could transcribe it for you. Coates read a passage from Mosley’s A Red Death about the beauty in ordinary, working African-American people going about their business that was both breathtakingly beautiful and poignant. It’s funny how a little literature at a book award ceremony can choke you up. It’s too easy to forget what we are there for.

Beforehand, Mosley appeared in a brief video in which he claimed as long as he could “pay rent, eat, and get laid, I’m happy.” Yet Mosley was thrilled at getting the award. I asked if he had any particular favorites among past Grand Masters. He said, “Choosing this one over that would be an error I feel. But I’m a fan of Rex Stout, Georges Simenon, Agatha Christie, Sara Paretsky, Mickey Spillane, Emore Leonard, John le Carre, Ross MacDonald, Ruth Rendell, and, of course, Alfred Hitchcock.” Mosley added, “The Grand Master Award is the greatest literary honor I have received (so far) in my life. It means that my peers see me in the company of some of the greatest writers in our history.” Mosley finished his speech by thanking those writers and others who made his career possible, especially African-American crime writers, from Chester Himes to Barbara Neely to Gary Phillips. Two standing ovations for Mosley rounded out that presentation.

Oh, so you want to hear who actually won for the books they wrote last year? Lori Rader-Day (my Edgars tablemate last year) won the Mary Higgins Clark Award for Little Pretty Things, a smart and sardonic mystery that plays out in a cheap motel in small town in Indiana. Best First Novel went to Pulitzer Prizewinner The Sympathizer by Viet Thanh Nguyen. And Best Novel went to Lori Roy for Let Me Die in His Footsteps. Shaking and surprised by her victory, Roy went up to the podium and told a story about her college-aged son coming home with a basket of dirty laundry with a bottle of homemade moonshine on top as a good luck gift. Clearly, the woman can both write and raise her children right.

I swore I wouldn’t bring home a single thing, unless there were amazing chocolate Edgar-shaped truffles I could stuff in my small purse. But of course as the doors of the banquet hall opened and I walked up to the tables of books (mainly nominees and some advance copies) and picked up a few. The siren call was irresistible. It was like being on a tour of Willy Wonka’s chocolate factory. So I went back into the hall, grabbed a random MWA tote bag (there’s one hanging on every chair), and really got down to business. I grabbed Roy, Nguyen, some Mosley backlist, a collection of Shirley Jackson stories, and Laura McHugh’s upcoming Arrowood. Finally, I put everything in my bag and made my way home through the cool New York City evening, tired and happy with my haul. 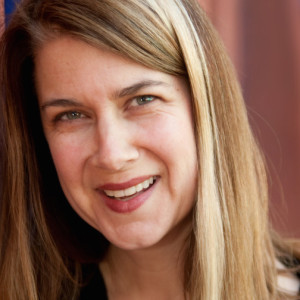 Lydia Millet describes herself as a “writer and conservationist,” which might sound effete, except that she works at the Arizona-based...
© LitHub
Back to top