A True Master is Given His Due

I can remember, back when I was a child, crying or complaining about some bright color or sweet taste that I was being kept from. I was no longer an infant or toddler. I had language and should have had some restraint. I had the potential to express love in the abstract and my father, my father would say to me, in different words, that I should be thankful.

Maybe I didn’t show it but I heard him. I knew that I was safe and warm and that he would have died for me; that he had slogged through decades of innocent blood for me. That he and my mother had worked every single day for me – that they had felt my pains before I was even aware of them; and been there when I awoke screaming or vomiting in the night. They were ready with a cool towel and country cures.

I knew that outside the front door was a world that was like a herd of trampling prehistoric elephants and I was a simple mosquito vulnerable to the great breezes they created in their passing.

I was safe, but outside I was nothing and I and my multitude of fellow gnats could be crushed, drowned, broken, or simply plowed under in the fertile mud and no one would even remark upon, much less mark our passing.

My father taught me how to laugh at mishaps and lost opportunities; and to laugh with harsh winds and deep verdant forests and high flying birds, at big-eyed fishes and the difference between the deep blues of the sky and the deeper blues of the ocean.

Laughter was thankfulness. Those blues were thankfulness. And one day my mother and my father would be dead. And so when I was crying and complaining about the lost opportunity of something sweet they were preparing me for a loss that was unthinkable for someone so small and only momentarily protected from the stampede that is our world.

And so when I stand here before you today, being given this precious honor I am not only thankful, I am also bereft at the sacrifice we all make for these brief moments of joy.

I am, always, thankful to my parents for being less than perfect but always managing to keep me safe. For their love that I didn’t need to deserve. For their battles won and lost.

And SallyAnne McCartin who has protected and guided me while listening to my whining and complaints in the lap of luxury. And Gloria Loomis who thanked me more than once for following my politics rather than the bankers’ gold. And Julia Masnik too, who picks up the errant pages that might have otherwise fluttered under pachyderm feet. Gerry Howard with whom I have often argued bitterly but still he published me with dignity, hope, and pride.

I still have advances to earn back in this life.

And there are new friends like Kareem Abdul-Jabbar who was out there in the world fighting for us, representing us when he didn’t even know our names.

To Mark Neiman who showed me how to get high in his parents’ back yard. I still remember how hard we laughed that afternoon. I still feel it in my chest.

For Diane Houslin the woman who believed me when I said we could make something out of nothing.

For the MWA that set anchor for us all to have a place to hang-on, if not actually a safe harbor.

But there are others to be thankful to and for. I can’t say everyone’s name but how about Eleanor Taylor Bland (the best of us), Hugh Holton, Rudolph Fischer, Chester Himes, Donald Goines, Barbara Neely, Iceberg Slim, Valerie Wilson Wesley, Ishmael Reed, Nikki Baker, Paula Woods, Gar Anthony Haywood, and Gary Phillips who a friend of mine once said, “has a voice so strong that that it goes right through you.” Somewhere out there is Paco Taibo and all the readers and the writers, the critics and workers that make literature possible.

I have to be, and I am thankful for all of you, because this night means something to me. And, I know, it does to all of us in this storm of mastodons we call the world. 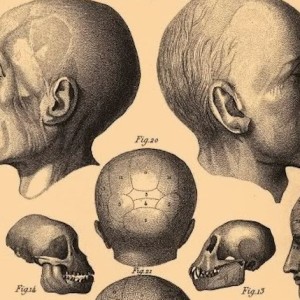 The risk of passionate love is this: it makes everything outside its immediate, glowing orbit look dull and distant by comparison....
© LitHub
Back to top