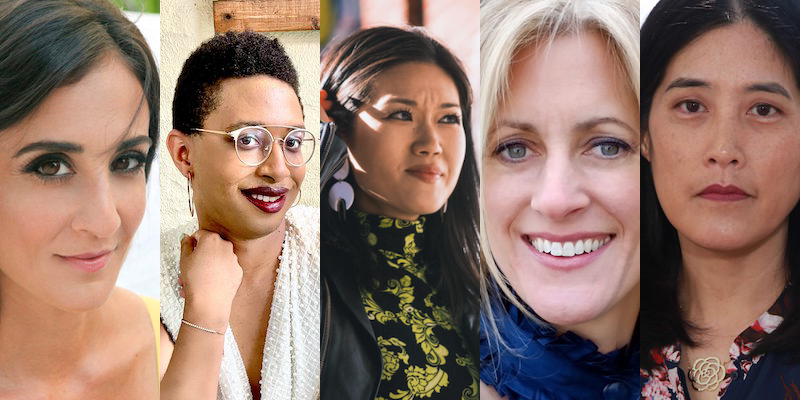 Red Ink is a quarterly series curated and hosted by Michele Filgate at Books Are Magic, focusing on women writers, past and present. The next discussion, “Loneliness,” will take place on November 15th at 7pm and feature Kristen Radtke (Seek You), Dana Spiotta (Wayward), Asali Solomon (The Days of Afrekete), Amy Leach (The Everybody Ensemble) and Jane Wong (How to Not Be Afraid of Everything).

Michele Filgate: What does the topic of family mean to you as a writer, and how relevant is the idea of family in your work?

Qian Julie Wang: For me it was central; I wrote my book with the hypothesis that regardless of the situations and scenarios in which any family is placed in, regardless of the external labels that we put in with this family is, all families, at their core, struggle with the same issues and survive through the same strengths of love and resilience. I see my book as a dedication to both a celebration of childhood, and a celebration of family.

Denne Michele Norris: One of the most central ideas to my thinking around writing and editing is contrast, which I got from Virginia Woolf— that was the first time I ever heard that idea, that contrast was important. This was very early in my trajectory as a writer, and I thought, well, there’s no place where I feel more contrast than in the space of my own family, and in my experience, the sort of intense love and protection that’s there, and yet the sort of, the contrast between thinking about the family as a unit and the individual in the family, which is something that was really rife for me in my experience being queer in my family. I just felt like there was all of this rich, fertile ground, and I simply can’t escape it, which is why almost all of my work deals very intensely with the family and relationships.

Marie-Helene Bertino: I’m always processing and digesting, in my work, different shapes that family can make. So, many of my characters are finding family in seemingly unconventional places, like in friendships, in casts of theatre actors. Family is not only a shape, but, I think, an action and a verb in many of my stories, and I’m always working on an expansive definition of what that word can look like and the different forms it can take.

“When my husband forced me to tell my father that I debuted number three on the New York Times Bestseller list … I was terrified.”

Victoria Chang: For me, writing about the family is writing about the self. And understanding the self is nearly impossible without addressing family, and it’s a path to discovery. I avoided writing about family for a long time because I was afraid to write about family. Obviously, people don’t like to be written about—some people don’t—and so I had to wait until no one was really around anymore. That gave me the freedom to write about at least my mother and my father in ways that I couldn’t have when they were alive (my father is alive, but he had a stroke so he isn’t really able to read anymore). And I now feel like I understand myself a lot better because of that process.

MF: I want to talk about something that comes up a lot for me as a writing teacher, and also when I was on book tour. I have been asked again and again to give someone else permission to write about their family members. And I always tell them that that permission has to come from within and that’s not something that I can give them. But it’s such a delicate and important topic, because there can be serious consequences in writing about loved ones.

Can we talk about the ethics of writing about people you are related to? Or letting fictional characters resemble family members if you are writing fiction,? How do we do this?

QJW: It took me a long time to wrap my mind around it because the core of my story is a secret that I was obligated to keep by virtue of being undocumented. Added on top of that, my father’s whole childhood was marked by the fact that his older brother, at age 18, when my father was just six years old, wrote a piece criticizing the Chinese government that got the entire family labelled as traitors and dissidents, and that pretty much shaped my father’s entire life and identity. So the act of writing this book was terrifying to me, because of what it meant to share this secret that I had wrapped my identity around, but even more so, it was terrifying to me [because] I did not want to first pick up this old fear of deportation and the government coming after us, even though we are all now documented . Also, triggering my father’s deep seeded traumas that are very valid, based on what he grew up in.

My first attempt in writing this book was to novelize it and fictionalize it. But that was in college and I was just too young; I had not fully processed everything that happened. Because the issue here is one that feels inherently shameful—to those that are labelled by others as undocumented or worse, illegal—the fact that I couldn’t own it in writing a book meant that it lost pretty much all its power, and I knew that upon finishing that version of the book. I just let it sit and didn’t work on it at all. But it just kept coming back to me that I needed to tell the story, the truth needed to be told, and our humanity needs to have a spotlight on it—and not to say that I intend to speak for all immigrants or all undocumented immigrants, but to show the real-life dimensions that go beyond the headlines. Once I came back to this and thought, I need to write this as memoir, every time I thought about anybody reading it at all, I shut down. How could I do this to my parents? How could I do this to my father, especially?

I just told myself this book was never going to get written. I wrote it on my subway commute to my law firm, on my Notes app, and I just told myself I was texting myself notes to leave behind for my future children and grandchildren because they deserve to know the truth. That was, I guess, the permission that I needed. I felt that I owed it to the people to come in our family to know what had happened before they were born.

When my husband forced me to tell my father that I debuted number three on the New York Times Bestseller list … I was terrified. My father said, one, I’m so proud of you—which I had never heard before in my life. Anyone who has a Chinese father or Asian father knows how rare that is. And two, he said, good. There is nothing we are afraid of now. So my hope [was] that the act of writing this book could transform that trauma into a piece of empowerment for me [and] for those around me.

MF: Does anyone else have anything else to add on this topic, the ethics of writing about family?

MHB: I’m of a couple different minds on this subject, as someone who writes pretty much only fiction. Recently I just published a creative nonfiction essay-slash-craft essay for Electric Literature called “On Magic,” and it was the first time I actually talked about my private life, my personal life—especially, most notably, abuse that I experienced as a kid. I was really nervous about it. It took me a long time to phrase that particular paragraph, and the reason that I did that was that I had seen another person who had experienced abuse give a speech and it helped me.

“What I often tell students when they’re in the drafting phase is just don’t think about the audience and just write.”

Many times in my teaching, it comes up that I give fiction students the permission to not write about their families. They are wrestling with the ethics because they feel in some way pressured to write about their own experience, and they don’t feel like they should have to, in some way. And so, it’s interesting to me that it kind of goes both ways.

My novel that is coming out next year or the year after, Beautyland, is the closest I’ve ever come to writing about my childhood in Philadelphia. I decided to let my mom read it at a really early stage, and that was the first time she’s ever read an early draft. I asked her, how do you feel that you’ve appeared in my fiction here and there in veiled ways? She said, you know, I feel really honored, I feel honored to be in your story, and however you want to write about me I think is great. I felt very honored that she would trust me in that way, and trust me with her story, and trust me with her likeness.

VC: What I often tell students when they’re in the drafting phase is just don’t think about the audience and just write. Understand that memory is slippery and we do the best we can, and all those other things, we can worry about later. When you’re writing it’s joyful, it’s truth-seeking, it’s identity making, it’s all the things we love about the creation process. You are making a piece of something, you are making a sculpture, you are making a piece of art, and to enjoy that process unfiltered, and to deal with all the other stuff later, and just to get that stuff on the page. I think people get ahead of themselves—when they are writing memoir, they think so much about the audience or the characters or this or that. You can deal with that later.

Julie Klam: It depends what you are writing about, what the point is. My first book that was a memoir about my relationship with my mother. When she read the first draft, she was not comfortable with a couple of things in it, and I was perfectly happy to make those changes.

I have a child and when my child was young I would write a lot of funny things that they said, and then when they were 13, they came out as trans, and I wrote an essay in Oprah magazine, which they read before it was published. I felt like that was going to help a lot of parents of kids who were figuring their way out, but the most important thing for me was for my kid to be okay with it. If they weren’t, I was like, you know, I don’t give a fuck about anybody else. I care about my kid, I care about my family. I hope that, if they’re okay with it, it helps other people, and that was really my main goal. 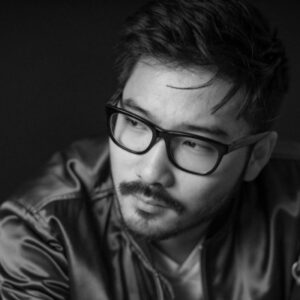 What happens when an author takes a genre that's considered a bedrock of American culture and flips the wagon upside-down?...
© LitHub
Back to top