TODAY: In 1946, Eugene O’Neill’s The Iceman Cometh opens on Broadway.

Also on Literary Hub: On writing, parenthood and trying to stay a little wild · Welcome to Painterland: the art scene rebels of San Fransisco · They’re staying for the dead: from Kathleen Donohoe’s Ashes of Fiery Weather

How Borges Taught Me to Embrace My Jewish Heritage 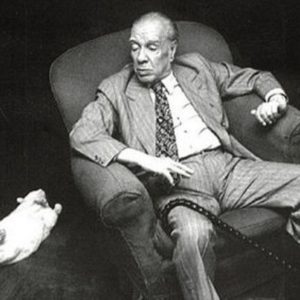 How Borges Taught Me to Embrace My Jewish Heritage

On June 16th, 1986, the day after Borges died, I was in Buenos Aires. I had saved enough money to buy myself a plane ticket...
© LitHub
Back to top