The Editor Inside My Head is a Cruel and Demanding S.O.B.

Michael Koryta on Craft and the Notes He Leaves for Himself

When I worked at a newspaper, my cubicle walls were lined with little reminders about craft—things of the “every word counts” and “hard writing makes easy reading” variety. But my absolute favorite piece of advice was from William Blundell, who wrote a wonderful book called The Art and Craft of Feature Writing. This particular quote has traveled with me from desk to desk and from journalism to fiction; I still include it with handouts anytime I teach a workshop or give a craft talk. The only line that has equal mileage for me is the one from Michael Connelly that’s still taped to my computer today: “Write with your head down.”

The mean writer is always a lean writer. He can’t help it.

By meanness I don’t refer to a harsh quality in his copy but to his attitude toward himself as he works. You may think it strange to cite an attitude as a consideration in good writing, but often it’s the only thing separating the work of two equally talented people. The one turning out fat, flaccid, talky stories is not being tough enough on himself.

The mean storyteller becomes two people, acting alternately as he works. The first is the sensitive artist-creator, the second a savage critic who eradicates every weakness in the creation. He’s cruel, derisive and obsessively demanding. He hoots at the writer’s affectations and pretty turns of phrase, blisters him for cowardice when he uses soft, passive constructions or hedges on conclusions, challenges every point of logic, demands sound reasons for the presence of every character and fact, and above all flagellates his victim for wordiness. He is a rotten, S.O.B., worse than any editor who ever drew breath, and he is the artist’s best friend.

I absolutely love that concept, and I believe in it, but I never realized just how literally my subconscious applies it until I combed through some old notebooks from works-in-progress.

Supposedly, the most-common question for a writer is , “Where do you get your ideas?” but in my experience, it is actually, “Do you outline?” I don’t outline, but I do fill notebooks with scribbled thoughts about where the story is and where it should be, and over the years I’ve realized that these pages inevitably take the form of a hybrid between potential plot moves and an editorial note on the existing material, as if I’m offering feedback on a student’s manuscript, or another writer’s work, rather than my own. Only, in this case, I’m the student and teacher, and I’m cultivating that “rotten S.O.B.” Blundell describes so well as the artist’s best friend.

Looking back at those notebooks, one thing has become painfully apparent: when things are going well, my subconscious is happy to view writing as a team effort. When mistakes have been made, though, the rotten S.O.B. is very quick to the point the finger at me. Mistakes become personal, and the rotten S.O.B. is not going to share the blame.

The notes shift from a plural pronoun approach “we” to an accusatory “you.”

Here are some samples from the notebooks of my 2015 book, Last Words. In the same pages, or even same paragraphs at times:

“A key question to hold in mind—how do we deal with the body of Evan Borders’ father?”

“We can use this to incite Ridley…”

“We’ve done a good job of building the sense of Garrison as a place of menace.”

See—it’s a team effort! “We” are all in this together, and doing good work! But then:

“You have missed some key opportunities.”

“You need to give him a line stating that the past needs to be left to him and Ridley.”

And my absolute favorite, a single-sentence shift:

“We have done a nice job with the emotional and sensory qualities of claustrophobia, but you haven’t anchored it in anything related to character. Mark could be anyone trapped in a cave, but not in the good, universal sense. We need to understand why this fear is unique to him and what it says about his past. Maybe he has a desire to control his circumstances as much as possible because in his damaged childhood he didn’t have that ability?”

“We” have done a nice job but “you” have screwed it up. This is what I write to myself, about my own work. I wouldn’t want to share those pages with a psychiatrist, but I’m actually grateful to see the unconscious way that I can look forward with hope and optimism about the opportunities I’ve created and simultaneously berate myself for mistakes I’ve made, or opportunities I missed.

There are countless books, essays, and interviews on craft that I’d recommend to every writer, but there are not many that I’d put in front of the William Blundell explanation about the requirement that there be two people at work on the same book.

He is a rotten, S.O.B., worse than any editor who ever drew breath, and he is the artist’s best friend. 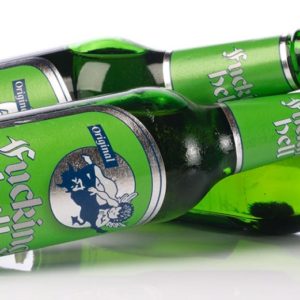 I picked Cvetan up from his job at the national radio station, and he snorted a pinch of snuff off the back of his hand. “I...
© LitHub
Back to top