Also on Literary Hub: On public bathrooms, anti-trans policies and What Belongs to You · Swati Khurana on the Grub Street writers of color roundtable · The CIA vs. Random House: from Robert L. Bernstein’s Speaking Freely 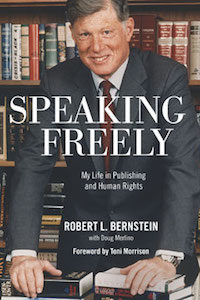 Publishing as a business can be full of many surprises. The authors are always the experts on their subject area, and the publisher...
© LitHub
Back to top