When a Novelist Becomes an Ultramarathoner

Ashley Ream on the Lessons of Endurance

The mule knocked me over.

Or maybe I knocked myself over when I ran into the mule.

The trail was narrow and winding. I was 40 miles into a 50 mile race. I had a broken pelvis, although I didn’t know it yet. And when I came around the blind switchback, I ran into the mule. It wasn’t until I fell down that I was certain the animal was real. Hallucinations at that distance are as common as blisters. It wasn’t the least bit dignified, and it should’ve been funny. I mean, come on, I ran full-speed into a mule. The Marx Brothers could’ve written that. But while I am known for having a sense of humor—as a novelist I actually get paid for it—I did not, at that moment, think it was funny. I didn’t think anything was funny. I didn’t think anything would ever be funny again. I was no longer entirely sure what the word “funny” meant. But I wasn’t altogether clear on my own name anymore either, so, you know, perspective.

I finished the race. The mule was fine. I went to the doctor for that whole broken pelvis issue. (Stress fracture. Relatively common in long-distance runners.) And I’m fine now, too. I still run very far. Far enough that more than a few friends would take issue with me describing myself as “fine.” Because really, who does that? And why?

Two things more than anything define me to my own self: I write books. I run ultramarathons. They are at once incredibly similar and absolutely different.

Ultramarathon (noun):
Any foot race in excess of 26.2 miles. Typically, although not necessarily, 50 kilometers, 50 miles, 100 kilometers or 100 miles. Usually run on trail and often featuring some other difficulty, including but not limited to extreme heat or cold, significant elevation gain, technical terrain, water crossings, etc.

When I tell someone I run ultramarathons, a lot of questions come up. The tone in which they are asked varies from amazement to how you talk to that guy who hangs out in front of the bodega narrating the voices in his head.

(Fifty miles. But plenty of people go farther than that.)

(I stop to pee but otherwise, no, no breaks.)

“Do you eat while you run?”

(Yes, mostly candy. Sugar is primo ultra food. It burns fast. Salt pills, too, to compensate for all the sweating.)

(More than you can imagine.)

But the most common question is simply “Why?”

There are two answers to that. The first is the flip answer I give when I’m not in the mood, or the person used a tone I don’t appreciate or I simply want the question to go away: “I’m nuts.”

There may be some truth in that. But it’s not the real answer. The real answer is that I run impossible distances to prove to myself that the word “impossible” has no fixed meaning. And knowing that, knowing it for sure, has changed everything.

“Only those who will risk going too far can possibly find out how far one can go.”

Ultrarunning is, above all, a sport of endurance. Endurance not just in the sporting sense but in the human sense. It is a sport built primarily around the ability to accept pain. Running 100 miles hurts. It hurts and it hurts and it hurts, and then there comes a point where it simply cannot hurt anymore. And if you can live in that space, then you can go on. The race has thrown everything it has at you, and you have survived. All that is left is to get to the end.

Most people would never want to live in that space, would only accept such a thing if their very life hung in the balance, and that is perfectly understandable. There is always a moment in every race when it occurs to me that I may very well be the stupidest person who has ever lived. Seriously stupid. Teenage-boy-accidently-lighting-himself-on-fire-to-impress-his-friends stupid. I signed up for this. I paid money for this. In all likelihood, I traveled some distance, purchased a bunch of gear and got a hotel room for this. Other people—smarter, saner people—are at home in their pajamas drinking coffee and eating cereal while I am half dead on the side of a mountain. It is reasonable to question my life choices.

But here’s the thing.

Endurance is what I have, and running showed me it’s enough. It’s all I need.

And that is why I do it. I suspect it’s why every other ultrarunner does it, too. Every race is an opportunity to remind ourselves that the fastest person does not always win. Sometimes it’s the person who just didn’t stop. One step after the next through the cold and the rain, up the mountain, waist deep through the river. Pain is almost never fatal.

It’s for this reason that ultras never feel like races. They are not like the 5K Turkey Trots or big city marathons. Someone will, of course, cross the finish line first. And I swear to you 99% of us could not possibly give less of a damn. Every person who starts an ultra is running alone, a race separate from every other person standing at the same starting line. It is not one event. It is a hundred different events each with a single participant, who will win or lose based on their ability to simply get to the end. And we will help each other do it. That’s the amazing thing. We will help each other get to the end.

You need salt pills? Take mine.

You have enough water? Take mine.

Are you crying? Let me talk you through it.

Are you hurt? I’ll get help.

We are each running our own race, and we are doing it together. I want to win mine, and I want you to win yours. And you winning yours does not diminish me winning mine. There is a finish line for each of us.

Ashley Ream got her first job writing for newspapers when she was 16. Since then her career has taken her all over the Midwest, Gulf, and West Coasts with more moves than she would care to count. She is now finally and happily settled in Seattle, where she lives with her husband, runs ultra marathons, and is finishing her next book. Her debut novel, Losing Clementine, was short-listed for the Balcones Fiction Prize. 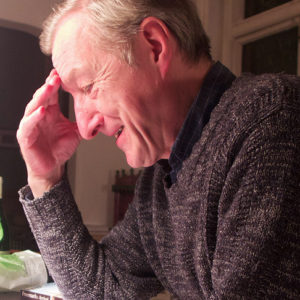 With each new book, the size and scale of Julian Barnes’ curiosities continue to grow. As he begins his seventies,...
© LitHub
Back to top