TODAY: In 1816, at the Villa Diodati, Lord Byron reads Fantasmagoriana to his four house guests—Percy Shelley, Mary Shelley, Claire Clairmont, and John Polidori—and challenges each guest to write a ghost story, which culminates in Mary Shelley writing the novel Frankenstein, Polidori writing the short story The Vampyre, and Byron writing the poem Darkness.

Also on Literary Hub: Speaking with the collaborative authors of The Crow Girl · 200 years after Frankenstein,  illustrations from a reissue of the gothic classic · Thank goodness for poverty: from Ramona Ausubel’s Sons and Daughters of Ease and Plenty 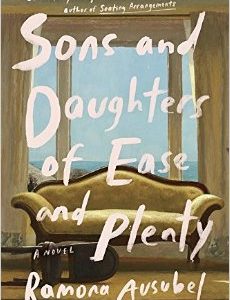 Edgar’s father, Hugh Keating, had always stood in his office in front of big windows high above the fog-sketched city of Chicago,...
© LitHub
Back to top