Illustrations from Restless Books' Reissue of the Gothic Classic

The scientist Hippolyte Cloquet described writing his groundbreaking Treatise on Descriptive Anatomy “with scalpel in hand,” which was also the case with Mary Shelley’s writing of Frankenstein, released just two years later in 1818. I’m drawing the construction of the human being with a pen as sharp as a scalpel, dismembering it in order to create a new body. The Greek artifex challenges the gods once more, and the imagination creates something out of nothing: a humanoid and its story. In this series of ink drawings I use as a base the pages of a French anatomy book from the period during which Mary Shelley wrote her novel; the paper is an artistic setting, historic and aesthetic, and the information and the forms of the letters are Dr. Victor Frankenstein’s laboratory. With my drawings I continue Dr. Frankenstein’s line of thinking and ask the same questions he asks: Is it right for science to create human beings? Is that “creature,” that “monster” the consequence of human arrogance? Is being familiar with anatomy enough to know what it means to be human? Francisco de Goya writes on one of his etchings, “The sleep of reason produces monsters.” This monster is formed with human parts and comes to life with the force of electric energy—but still isn’t human. It’s the product of dreaming, of a delirious mentality. He doesn’t even exist; he is the fear that we have of our own work. My drawings, like the mind of Dr. Frankenstein, start with the delusion of reason. 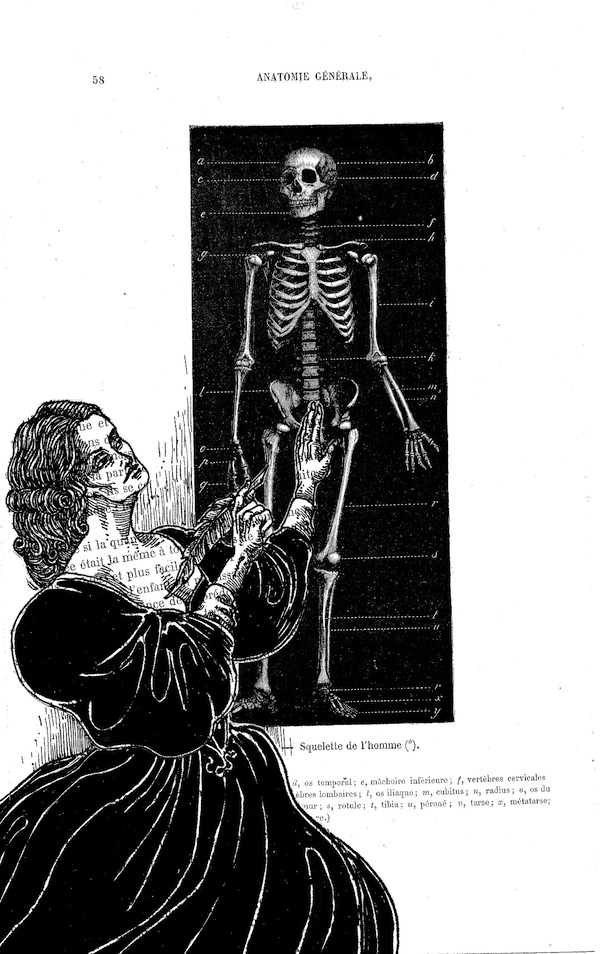 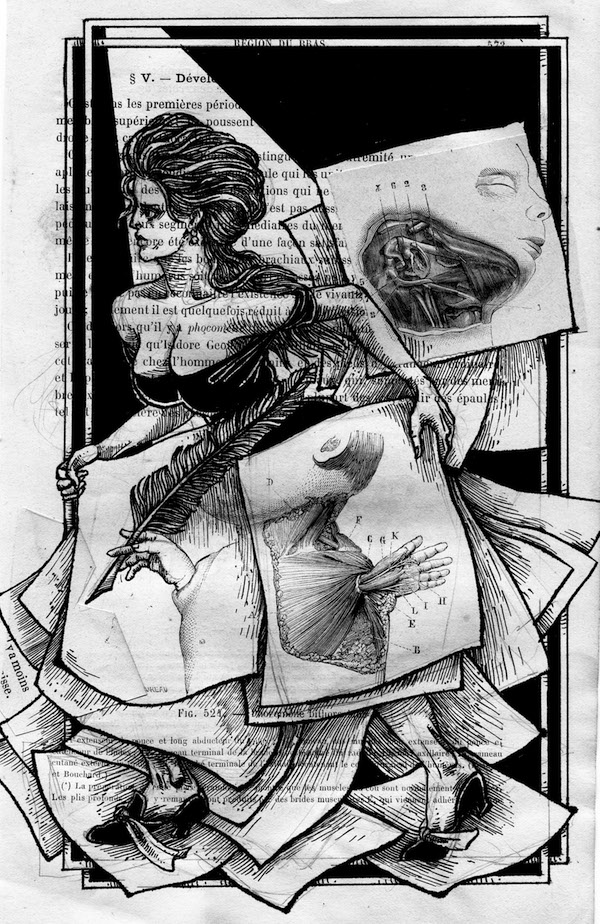 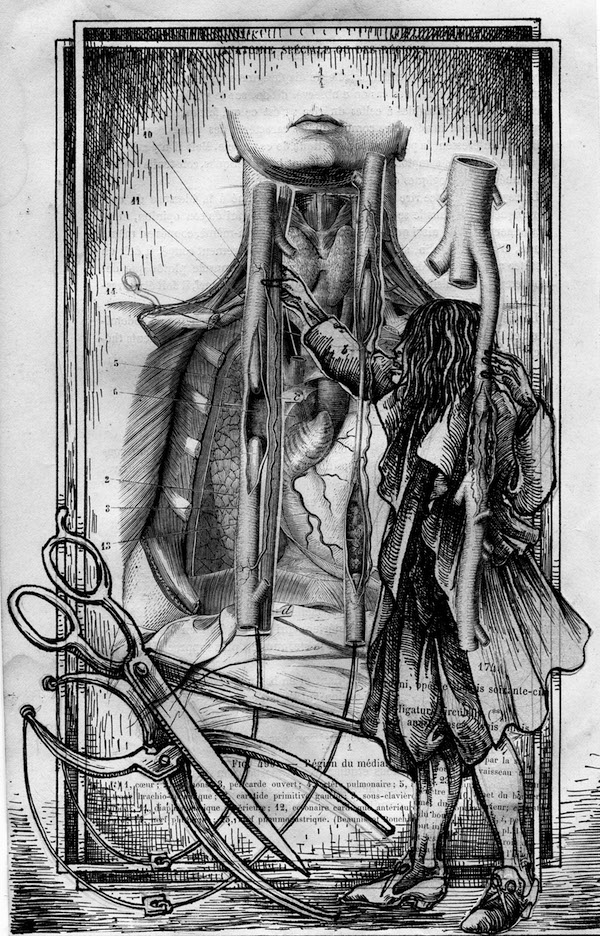 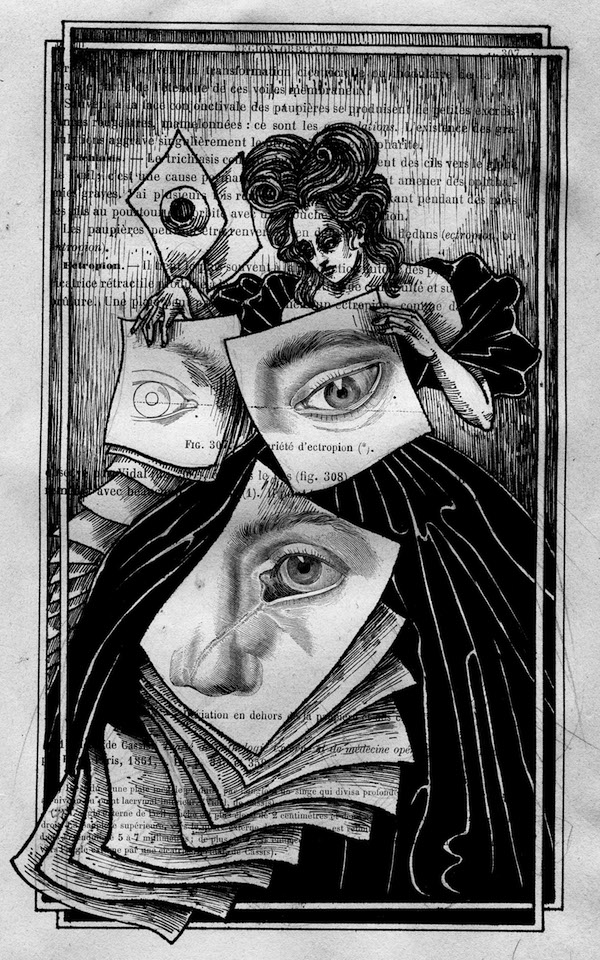 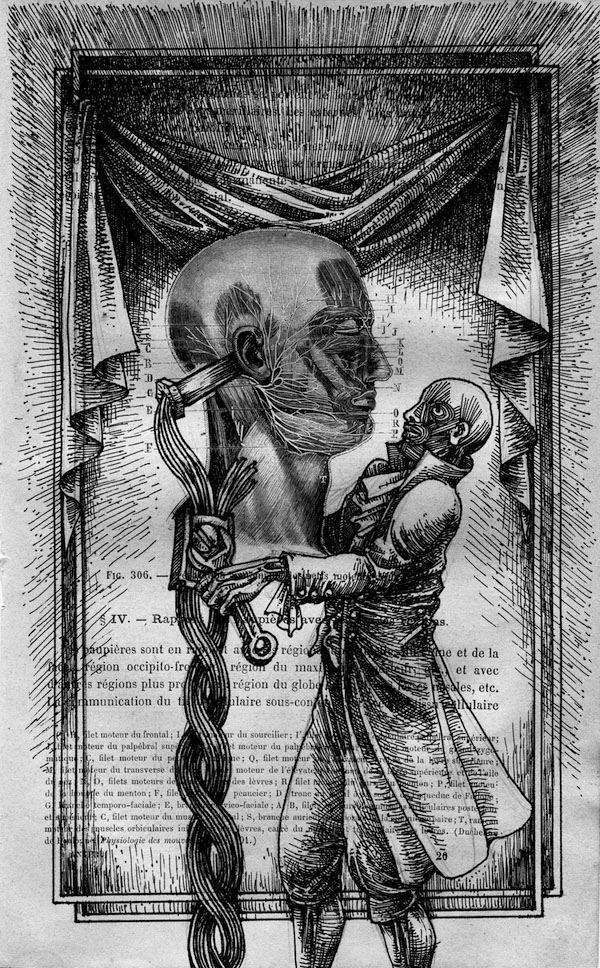 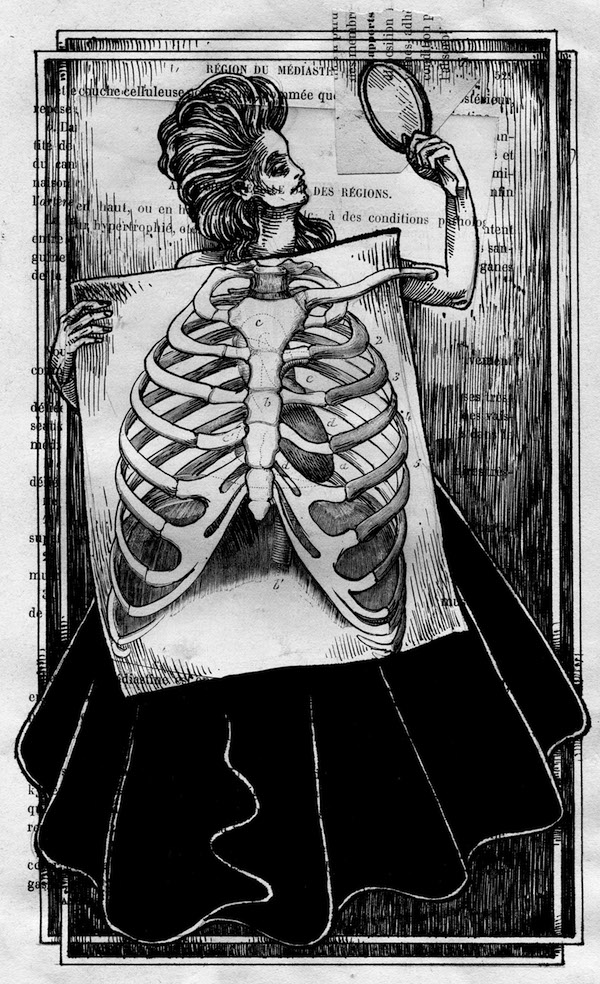 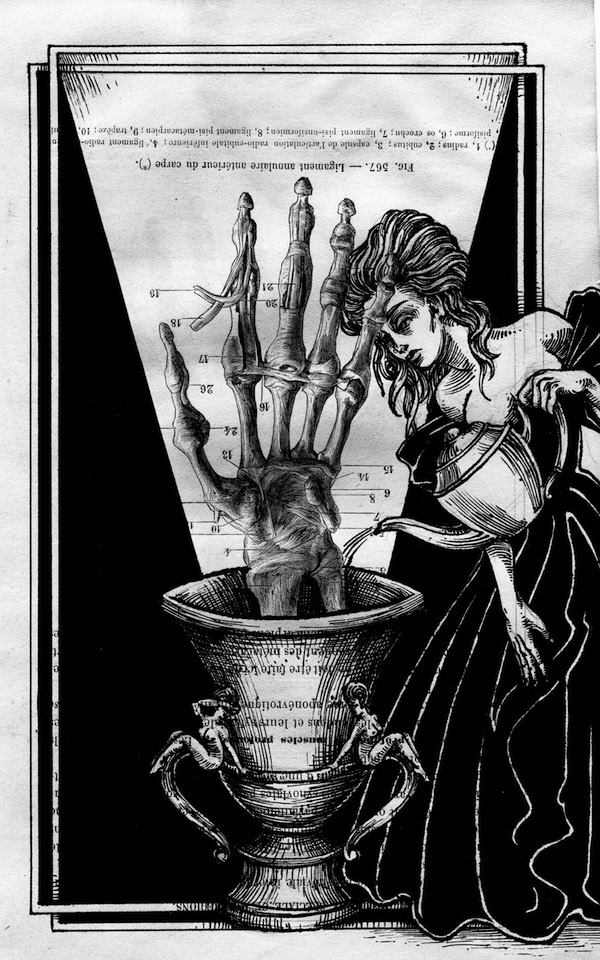 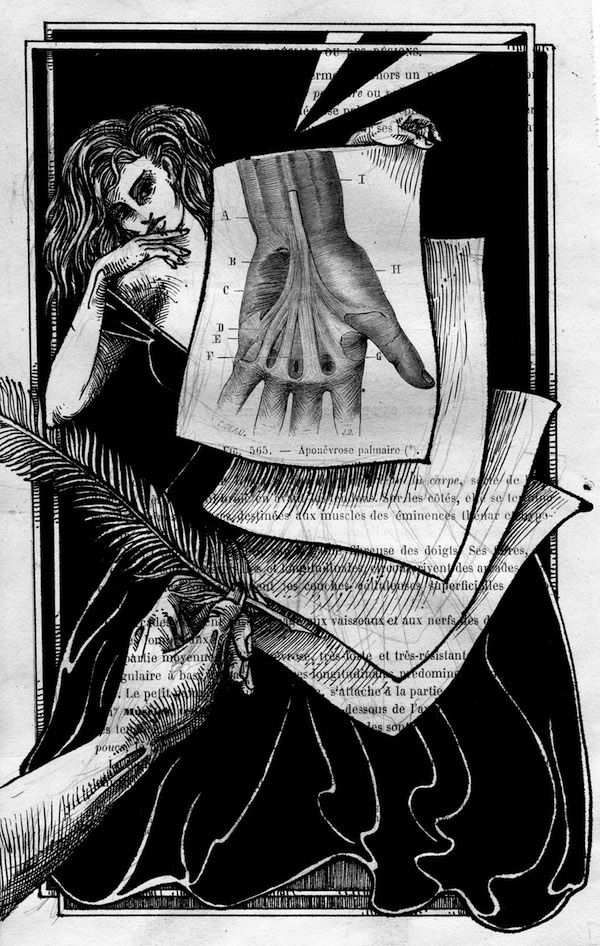 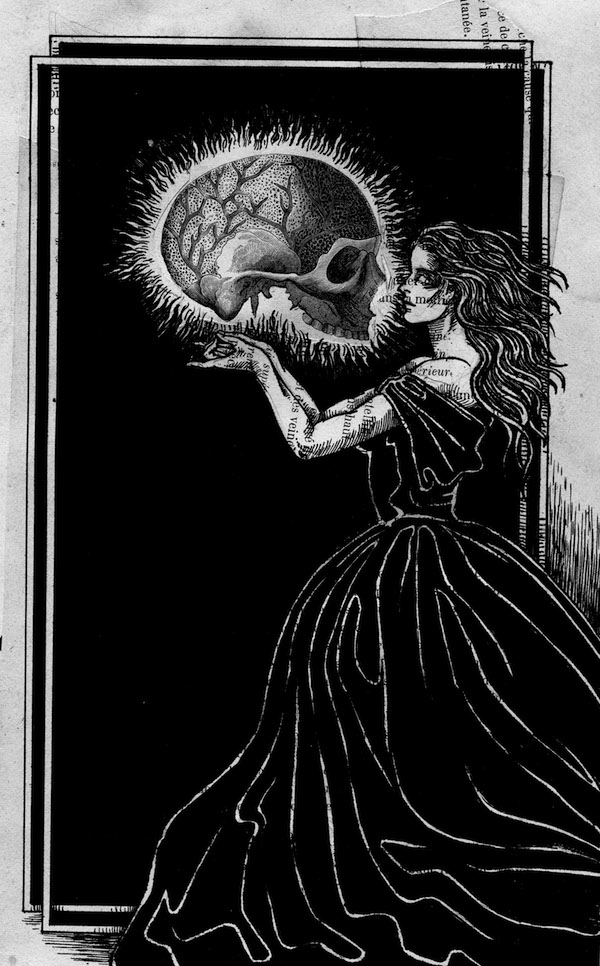 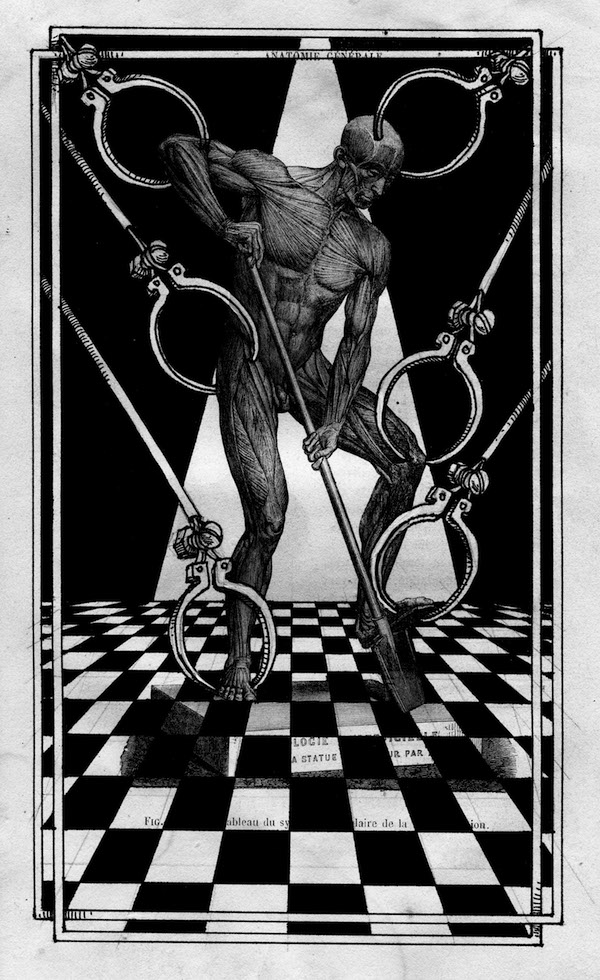 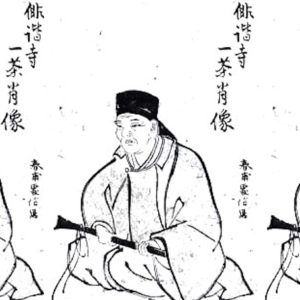