Also on Literary Hub: An execution: from Matthew Carr’s The Devils of Cardona · Books making news this week: forests, feathers, and first books · No one until you: from Jesse Ball’s A Cure for Suicide, now out in paperback

The Deadly Consequences of Jumping to Conclusions 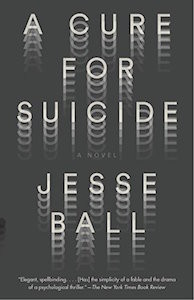 A bright light woke him. Something was shining through the window, and his face felt very hot. He rolled over and slowly...
© LitHub
Back to top