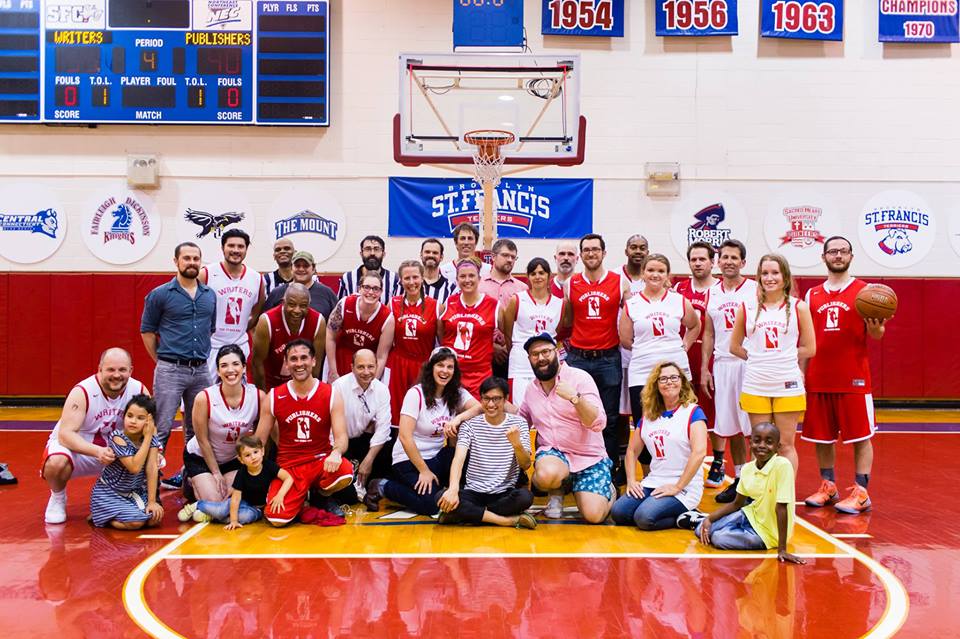 The Most Important Basketball Game in the Country (on Wednesday)

Publishers and Writers Renew Their Brutal Rivalry on the Court

The annual hardwood showdown between Writers and Publishers has given rise to some of the most unforgettable moments in 20th-century American sporting history, from the Thomas Wolfe/Maxwell Perkins clashes of the pre-merger era, to the Barney Rosset/Henry Miller shoot-outs of the late 1950s, to Toni Morrison’s 65 point night in 1972 and Ursula K. Le Guin’s otherworldly 27 rebounds in one half of play the very next year, a record-setting effort that would later inspire the author to compose her award-winning Orsinian Tales. But the 2016 edition of this hard-fought, civic-minded, win-or-go-home basketball battle looks poised to top them all.

The bitter rivals face off once again this Wednesday at 6:30 pm EST at St. Francis College in downtown Brooklyn, in the Genovesi Athletic Center, the Medina to Madison Square Garden’s basketball Mecca. Although the competition between the two formidable squads is long and storied, this marks only the second year their match-up will be played under the aegis of the National Book Foundation’s “Other NBA” event, with proceeds going to support BookUp, the Foundation’s after school reading program for underserved youth, now with its first site for LGBTQ readers.

This year, the Publishers will be looking to avenge the 55-40 drubbing they suffered at the Writers’ hands in the June 2015 tilt. “I’m not saying it’s personal,” the Publisher’s coach and National Book Foundation Executive Director Lisa Lucas told a standing room crowd during Monday’s media session. “But it is. 110 percent personal.”

Indeed, you don’t have to search far and wide to find the grudge matches that are sure to make this year’s game a classic. Take for example the teams’ stars, author Mitchell Jackson and Lit Hub editor Jonny Diamond, who were once teammates on the famed Portland Pistoleros AAU squad, until competing sneaker deals tore their longtime friendship apart and felled the Northwest basketball juggernaut that legendary shoe executive Sonny Vaccaro dubbed “the greatest show on parquet.” Or consider that Kristen Radtke, Managing Editor of Sarabande Books and a talented graphic memoirist, was formerly the top-ranked prospect in the Publishers’ youth development program, only to announce, on the eve of last year’s match, that she had decided to “take my talents to Brooklyn” and would launch her career with the Writers. Or how about family ties? Look no further than Téa Obreht, Steph Opitz and Chris Jackson, second cousins whose games of 21 at the annual Obreht-Opitz-Jackson family picnic are the stuff of blacktop lore. When it comes to the literary community’s charity basketball games, Red Auerbach’s famous advice to Bill Russell before Game 1 of the 1962 NBA Finals rings true as ever: what’s past is prologue. 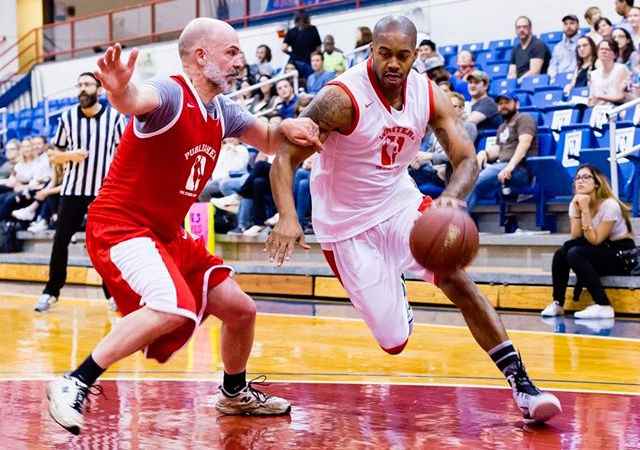 But Writers’ coach Dan Sheehan said that his team wouldn’t be distracted by history. “We’re focused on Wednesday night,” he told the assembled newshounds. “We take it one day at a time, one game at a time. Praise Jesus. And a big shout out to my Ma.”

The Publisher’s captain and starting point guard, Katie Freeman, was unconvinced. She touted her team’s addition of AAP’s Tina Jordan and said she and Jordan would form the most potent inside-out combination since the 2000 Lakers. But when informed she would be grappling with the newest member of the Writers’ backcourt, poet and former basketball pro Natalie Diaz, Freeman coughed, asked her interlocutor to repeat himself, then spilled a glass of beer, provided by event sponsor Brooklyn Brewery, on her microphone, bringing the day’s interviews to an abrupt close.

Local sharps (including NBF’s own Benjamin Samuel) have made the Writers an 18-point favorite. That strikes this scribe as a little long, when you consider the kind of capital the Publishers have at their corporate disposal and recall that game referee Rob Spillman trained at the legendary Tim Donaghy School of Refereeing, Umpiring, Line-Judging and Sportsmanship, but I guess that’s why they call it gambling, folks.

Whatever the result, know this, sports fans: epics will be written of this day, poems sung, book contracts made and cancelled, volumes donated. Or at the very least, there will be beer, wine and Shake Shack for those presenting valid tickets at the gate.

For the chance to win a pair of tickets to Wednesday’s game, email giveaway @ lithub . com.

Think of the Danger: Four Poems by Thea Brown 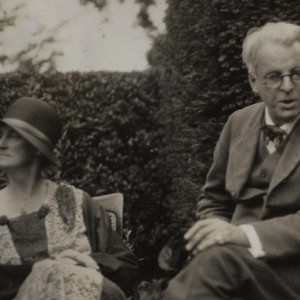 When your research starts to terrify you: Flynn Berry on the perils of writing about murder. | Literary Hub Alana...
© LitHub
Back to top
Loading Comments...