TODAY: In 1804, novelist George Sand was born; what a brave man she was, and what a good woman (via Turgenev).

Also on Literary Hub: A poem by Eileen Myles · For Canada Day, writers to read from your neighbour [sic] to the north · On the continued segregation of American letters · What it looks like to enlist: an excerpt from Soldier Girls 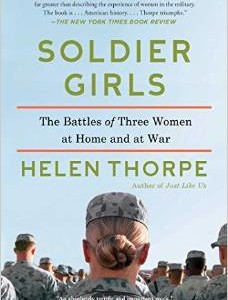 Michelle Fischer had not yet reached twenty but she already knew how to find the National Guard Armory, a low-slung, modern-looking...
© LitHub
Back to top