TODAY: In 1823, Clement C. Moore’s poem “A Visit From St. Nicholas,” better known as “‘Twas the Night Before Christmas,” is published anonymously in the Troy Sentinel.

Also on Literary Hub: The list you didn’t even know you wanted: publishing’s biggest cuties · Which Jane Eyre should you watch over the holidays? An illustrated guide · Celebrating the best books of 2015: From 5 Under 35 honoree Colin Barrett’s Young Skins, “The Clancy Kid“ 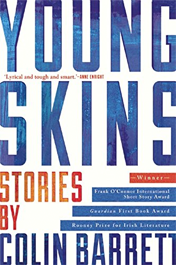 My town is nowhere you have been, but you know its ilk. A roundabout off a national road, an industrial estate, a five-screen...
© LitHub
Back to top