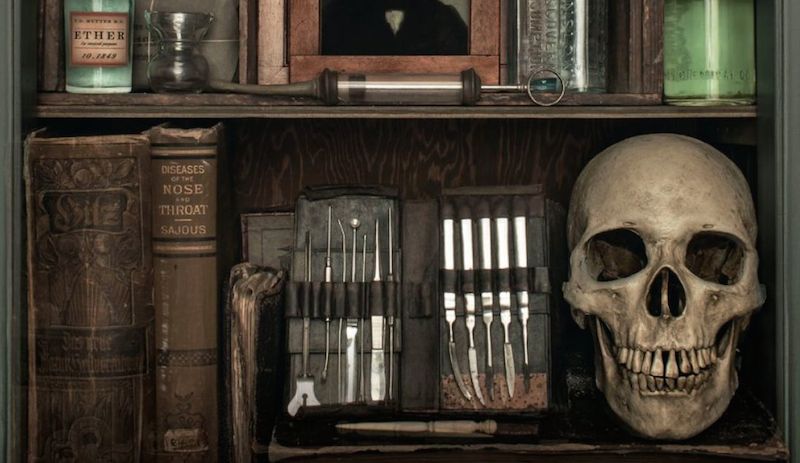 The Deep Obsessions of the Nonfiction Writer

The question I’m most frequently asked about my nonfiction book, Dr Mütter’s Marvels—which tells the true story of a dashing, idiosyncratic surgeon who specialized in helping the severely deformed in a time before anesthesia—is always: What in the world inspired you to write it? You see, I don’t seem the likeliest candidate to write a book about radical reconstructive surgery in pre-Civil War America. My writing background is largely in poetry—six collections of poetry and a history of the American poetry slam movement. So what made me want to tackle the story of Thomas Dent Mütter?

In one word: OBSESSION.

To begin with, there was Mütter’s obsession with helping the severely deformed made him an compulsive collector of what he would call “unusual pathologic specimens” (and the rest of us would call “medical oddities”). His enormous collection would eventually become the basis of his namesake museum, Philadelphia’s Mütter Museum, which I became obsessed with after first visiting it in the third grade. When I was old enough to really wonder about it, I then became obsessed with uncovering the origin story of the museum, and with it Mütter’s long forgotten story, and almost 15 years later, the result is Dr Mütter’s Marvels.

“The author of this book has eaten a piece of candy every single day of his entire life” begins the prologue of this compact, delicious book. With a fast metabolism and an epic sweet tooth, Steve Almond treks across the country, visiting regional candy factories, interviewing other candy obsessives (the man who had suitcases of candy wrappers was a personal favorite) and, of course, eating loads of candy. What starts off as quirky road-trip idea evolves into a fascinating portrait of America and American nostalgia, as well as a celebration of the ever-evolving relationship we all have with our personal comfort foods.

Confederates in the Attic, Tony Horwitz

Tony Horwitz’s childhood fascination with The Civil War began when his 101-year-old great-grandfather shared with him a prized book of Civil War battle images. When Horwitz learned he was going to be a father, he decided this was his last chance to explore his Civil War fandom in as extreme a fashion as he always dreamed. Whether trekking through the rainy nights with hardcore re-enactors eating hard tack, breaking trespassing lows to visit the sites of famous battles at the exact day and hour that they battles begun, or digging hard into long-standing mysteries and myths, Horwitz never loses his wonder or enthusiasm for his subject. And in doing so, does a stirring job of showcasing the many, many ways The Civil War remains still a powerful force in American culture today.

Author Sarah Vowell is one of the country’s most famous—and prolific—history buffs. But in Assassination Vacation, Vowell explores a dark realization: she suddenly sees the link between her increasing dislike of the current president and his deepening obsession he is developing with presidential assassinations. Vowells dives into the darker side of presidential history with wit and vigor—visiting assassination sites, interviewing historians, and even examining the actual brains of assassins (at, where else, the Mütter Museum!)—and in doing so, gains a deeper understanding, and appreciation for the democratic process and the true (and nonviolent!) ways America rebukes the leaders it feels are failing them.

Much like the spell I fell under with the Mutter Museum, Lawrence Weschler found himself unable to stop thinking about the Museum of Jurassic Technology in Los Angeles, a storefront operation filled with the most wonderous objects he’d ever seen, yet seemed designed to confuse its visitor about what was fact and what was fiction. The deeper Weschler digs, the more surreal—and strangely beautiful—the story becomes.

A pale, bespectacled North Dakotan, Chuck Klosterman had spent his entire career trying to establish himself as a savvy, urbane and all-knowing rock critic—which makes his debut book, Fargo Rock City all the more miraculous. In it, Klosterman exposes his shameless love for the oft-mocked genre of heavy metal. Combining a hilarious and painfully honest memoir of his childhood and teen years, with the straights illustrating the undeniable impact and popularity of heavy metal in the 80s, Klosterman debunks the genre’s myths, cops to the genre’s mistakes, and allows even non-“metal heads” to understand how profound the need to “rock out” can be.

Cristin O'Keefe Aptowicz is a poet and writer whose nonfiction book, Dr. Mütter's Marvels: A True Tale of Intrigue and Innovation at the Dawn of Modern Medicine, is out now. 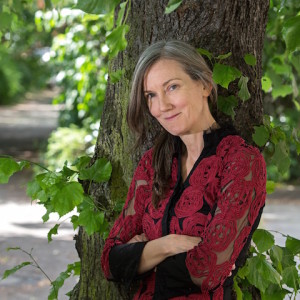 We're counting down the 50 biggest literary stories of the year. To see 50 through 36, head over here. 35. Nell Zink, Powerful...
© LitHub
Back to top
Loading Comments...