TODAY: In 1910, Mark Twain boards that great steamboat in the sky.

Also on Literary Hub: A Buddhist cult for western children: my life in a Buddhist cult with “the master” · On the literature of cyborgs, robots, and other automata · The Bronte sisters’ first appearance in print: from Deborah Lutz’s The Bronte Cabinet 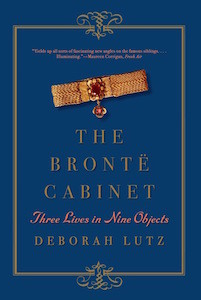 It was Charlotte’s poking around in Emily’s private writing space, in the autumn of 1845, that led to the sisters’...
© LitHub
Back to top