TODAY: In 1611, the first known performance of Macbeth shows at the Globe Theater.

Also on Literary Hub: Tanaz Bhathena on why where we write matters · Marie Myung-Ok Lee on discovering what AWP is truly about · Short Creek, Arizona: From Shawn Vestal’s Daredevils 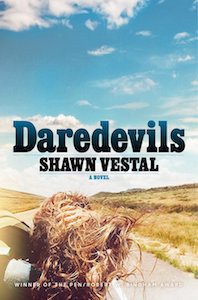 Loretta slides open her bedroom window and waits, listening to the house. She pops out the screen and slowly pulls it inside....
© LitHub
Back to top