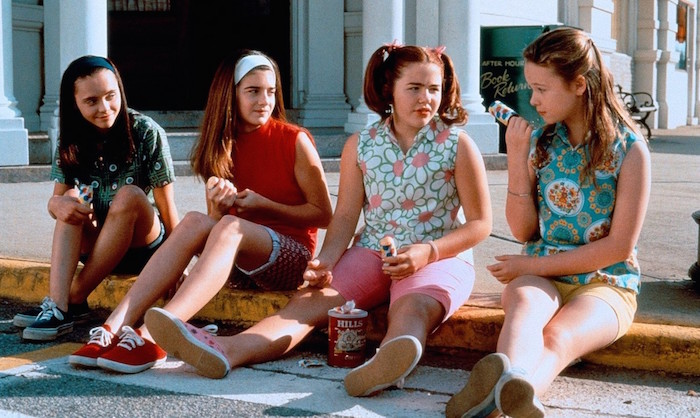 How to Write Teen Girl Characters

There are moments when I forget that I’m not 15 years old.

I’ll be walking down a New York City street and, suddenly, I’ll hear the sound of a basketball rebounding off the pavement, skateboard wheels skidding across uneven cement or the giggles of huddled girls; and I’ll whip around, expecting to see a teenage crush or my group of posturing best friends. Then, confronted with baby-faced strangers, I remember at once that I’m an adult: I already lived through precalculus and college applications, dorm parties in black light and classes on hungover mornings, assistant jobs and early twenty-something lostness. I planned a wedding, gave birth, wrote a novel or two. That’s when I sigh and move on with my life.

Maybe that’s why, in 2012, when I first sat down to write Will You Won’t You Want Me?, I thought I could do it without research. True, I was envisioning one of my central characters somewhere between the ages of 10 and 14, but I figured I could handle it. I’ve been a preteen before: I’ve navigated the turbulent seas of middle school dances and first kisses, algebra homework and French verb conjugation, bungled makeup attempts and first sips of alcohol. And yet, when I tried to put pen to paper (well, fingertips to keyboard), I realized that there was a lot I didn’t know about teenagers these days: I wondered, at what age do they get cell phones and start dating? Do they all listen to Justin Bieber? What are the cool and lame brands? Do they still use words like “lame”?

The book’s protagonist, Marjorie Plum, is 28 years old, and, so, close enough to my age that I could still conjure up that experience of flailing. She didn’t pose much of a problem. But the character that would be Belinda—a brainy Brooklyn-based nearly 12-year-old with quick wit, but a naive worldview—was proving tricky. I didn’t want to get her wrong.

I decided to call in reinforcements in the form of some preteen and teenage girls. I would talk to as many as necessary until I felt like I had a real understanding of that age, specifically in 2012. I know most people despise teenagers, and perhaps I’ll learn to feel that way too once my own daughter is possessed by that demonic set of hormones, but I’ve always really liked them. They’re creative and interesting, and their impulses—however unchecked—make sense to me. Why not spend all day obsessing over a crush while eating junk food and sampling the occasional illicit drug? Isn’t that what we’d all be doing if we didn’t have society to keep us in line?

I began by reaching out to my young cousins—who ranged at the time from ages 12 to 15—via email. That was my first mistake. I cced their mothers, who responded right away, and the chain turned into a long, fairly funny thread. But about 20 emails in, we realized that the girls hadn’t joined in. I asked what kind of social media and communication platforms the girls used, and one of the mothers quipped: “Apparently not email.” Their advice: I was better off texting to make phone dates.

I started with my 12-year-old cousin, Georgia, who lives in New York City, since I too grew up on the Upper West Side. In a moment of total projection, I went in expecting serious dish from her. She’s beautiful and blonde and social, and she was coming of age in my old neighborhood—she had to be creating some trouble, right?

Nope. She was happily enjoying school, playing soccer, hanging with her friends and being an all around good kid. Preteens, as it turned out, could be upbeat and positive, and even follow the rules. Probably the most important thing I learned from Georgia was that kids do have a shorter leash at an older age these days, even with mellow parents like hers. (Of course, I should have realized that, as I started walking to school by myself at 6 years old—albeit with my father following secretly behind.) Times have changed a bit and maybe that means more delayed delinquency. Either way, the upshot was that I started to envision Belinda with more protective parents, who might not let her loose as much as she wished.

Next I reached out to my California cousins, sisters Noa and Eden, who I knew would be happy to share the dirty details. They’re also well-behaved kids, so figured that they wouldn’t reveal anything too harrowing, but I also knew I’d get the real deal. They were both predictably excited to share, and I mined some very important details from them:

1. Nobody in high school smokes cigarettes anymore. At least not in California. Pot, yes. Alcohol, sure. Cigarettes, barely.

4. They listened to mainstream pop and wore mainstream clothing lines without apology. (There was no subculture like hip hop or grunge rendering that uncool.)

5. Once you get them going, teenage girls love to talk. And they have lots of insights.

I was starting to get somewhere. I could begin to hear Belinda’s voice.

That’s when my husband and I went out to brunch with a friend of his, who brought his son and his 10-year-old daughter, Sandy. My immediate takeaway from that brunch was simple: Ten year olds are still 100 percent children. Sandy was adorable, sweet and giggly and totally unaware of her own beauty. There was little chance that she liked boys yet—not romantically anyway. She reminded me of a puppy with oversized paws. If I wanted Belinda to feel part-child, part-teen, then she would have to be a little bit older.

Last, I chatted via phone to Lily, who was 13 and lived in downtown Manhattan. She confirmed that, even in New York City, there wasn’t as much cigarette smoking going on. (Why did that shock me so much?) But she had a different attitude towards culture than the West Coast and uptown girls. For Lily—who was clearly very studious, as she copped to spending the majority of her time on homework—indie music introduced via her father was more interesting than anything Lady Gaga. She sounded almost adult as she waxed about bands like Modest Mouse and Death Cab for Cutie that she said no one else at school knew about or liked. I realized I wanted Belinda to be quirky like that too: 11 years old and going on 35, and a little bit on her own tip.

Ultimately, each interview helped shape Belinda’s character more. And, as I expected, life for kids that age has changed some. But, more importantly, chatting with these smart and precocious young women dropped me back inside the emotional vulnerability of that time—the glimpses of openness and self-protectiveness, the desire to share and the fear of sharing too much, the need to fit in but also assert individuality.

These glimpses into their lives allowed me to embody that feeling of being a kid, to envision a character with what I hope is authentic dimension and to channel, with clarity, a former version of myself—all for more than a fleeting moment on the street.

Nora Zelevansky is the author of Will You Won't You Want Me? and Semi-Charmed Life. Her writing has appeared in ELLE, T Magazine (The New York Times), Town & Country, the Los Angeles Times, The Wall Street Journal and Vanity Fair, among others. She lives with her husband and daughter in Brooklyn, New York. 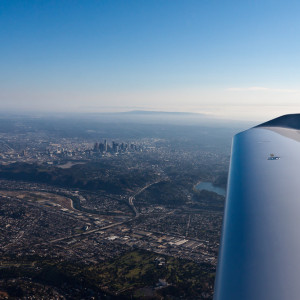 After going to AWP for years (New York, DC, Seattle, Boston, Minneapolis, Los Angeles), this is a short note on how I've...
© LitHub
Back to top