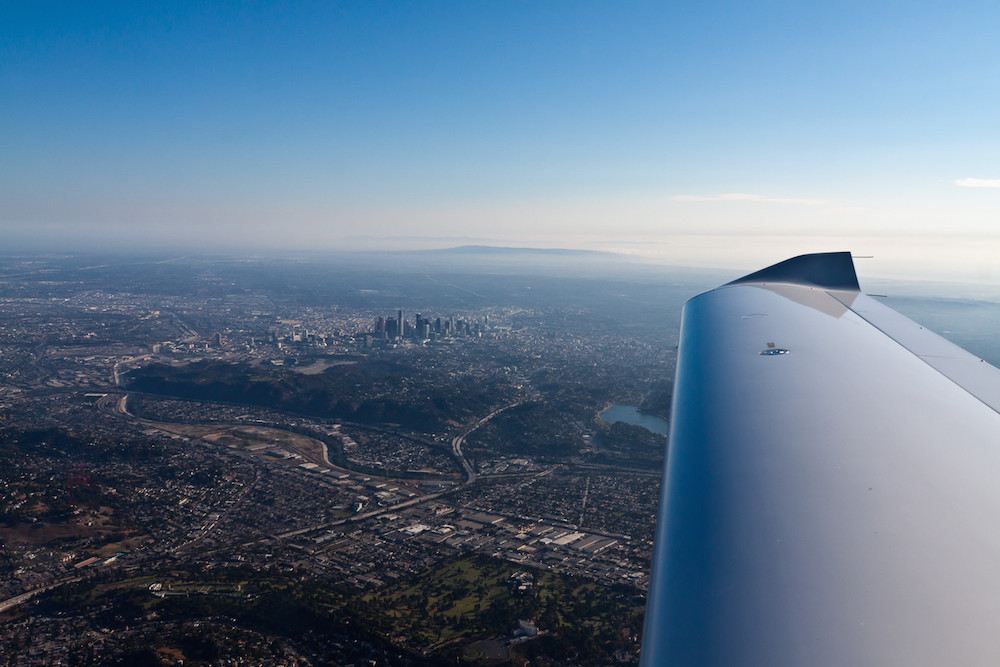 Beyond the Panels, the Parties, and the Photos

After going to AWP for years (New York, DC, Seattle, Boston, Minneapolis, Los Angeles), this is a short note on how I’ve finally learned to do it right.

I thought it would have to do with making my hotel reservations early or optimal times to visit the book fair, maximizing the panels/readings/offsite event ratios, setting up Excel spreadsheets to maximize people time. This year, I was so determined to hack AWP, I acquired a Kickstarter-ed “15-in-one” jacket that had a built in eyeglass holder with a microfiber cloth for wiping the lens, an inflatable pillow is hidden in the hood, a zipper-fob that is also a pen plus a front pocket turns into a beer koozie.

One of my favorite AWP traditions is rooming with an old friend, Katherine Min. We live in separate cities—she in Asheville, NC, me in New York City, and while we see each other with some regularity, time accelerates as you get older; months fly like the pages of a calendar in those old movies. AWP, at least, gives us an annual, migratory meeting place.

Katherine and I share a special bond because our decades’ long acquaintance actually starts, in true writer fashion, with our work. We taught each other’s stories in our respective creative writing classes years before we even met, and in the Paleolithic era before Facebook. After greatly enjoying her short stories, I took the train down from Providence, where I was living, to New York City for a day, solely to attend a reading for her first novel, and we’d been friends ever since.

2013’s AWP in Seattle was particularly nice. We tend to be very compatible. We go to bed around the same time. We have similar thresholds for late-night parties. I need to write in the morning—she stays asleep, even through my coffee making rituals, giving me perfect privacy. In Seattle we spent time doing our usual hunt for Korean food (successful), strolling the marketplace, the bookfair. We were so in sync, we even had a panel together. It was one of the nicest AWPs until I got home and got a call from Katherine a day or two later.

What followed was a terrible year of treatments and the messiness and pain that entails, but the prognosis seemed good. We were supposed to both go to residencies in Wyoming that year. I went by myself. And instead of AWP that year, I went to Asheville to visit her. In the meantime, I accepted an extra panel hoping that when the time was closer, I could drop out and she could pinch hit (that panel ended up not being accepted, anyway). She was really sick and couldn’t go. I had a nice AWP, but it felt rushed, surgical. I did my stuff and was out. I spent time with wonderful friends, but felt more like I was on a business trip.

This year, I swore, we’d get back to normal.

What is normal, in life, especially life with cancer?

A week earlier, she’d finished her year-plus of chemo and radiation. Everything seemed great. I had high hopes this year would be the re-boot. Just one more scan and she’d be in the clear, she’d said. I immediately booked a hotel.

I wish my father were alive to see how I was now friends with this writer who, in his mind, had made it (sort of) okay for me to be a writer. Despite my starting publishing at age sixteen (Seventeen Magazine), my parents, Korean War refugees, made it clear that being a writer wasn’t an appropriate career choice. When your parents are immigrants, especially Korean immigrants, career choices are often collective decisions. My father was a physician, and his being one had (1) gotten him out of Korea and (2) put my siblings and me through college. I, accordingly, tried to convince myself I really wanted to be a doctor and a writer, but in college I dropped out of pre-med (my future patients can thank me), ended up opting for the economics major, and took a banking job instead.

This was perfect camouflage for me to hide my writing ambitions. When I quit abruptly with no other financial plan other than to write, they were upset. After a year of writing with nothing to show for it, I was anxious and a little depressed; by then, my parents were frantic.

My father came to visit to try to convince me to return to Wall Street, or, barring that, at least opt for the safety of graduate school, any graduate school. But in between his expressions of anxiety for my future, he pulled out a xerox copy of a story called “The One Who Goes Farthest Away.” I have never seen my father read any kind of fiction, much less seek out a literary journal. It was from a magazine called Special Report: Fiction, which—mystery solved—was sent out to doctors to put in their waiting rooms. The illustration showed some older Asian men congregated at a low table, drinking; the story was about aging Korean immigrants gone back to Korea for a college reunion. It was a lovely story, and I know it touched my father deeply.

“If you could write something like this, then maybe being a writer would be okay,” he said.

It would be years later when I was at Yaddo for a monthlong residency with Katherine when I suddenly put two and two together: “It was you!” Her first published story, she said.

With our busy schedules, Katherine and I tend to email, not call, so I assumed this call was about the hotel or whatever panels we might be on. Or maybe a jubilant in-person announcement that her cancer was in remission.

I wasn’t expecting the news that her cancer had metastasized to her lungs. Stage IV.

Up until that moment I’d been in fix-it mode, always suggesting new supplements, treatments, waiting for when we could “relax” and go on.

But no one gets out of life alive.

Nothing was ever going to return to normal. But perhaps it was never normal to begin with. I thought about how, after that talk with my father, I had decided that life was too short to toil away at a job I loathed, and I recommitted myself to my writing, trading away the prestige and the stability for what was more necessary for my heart. As I moved away from finance, I turned to teaching, which is how I first encountered my dear friend’s work.

AWP goes against my—and I suspect 99 percent of other writers’—natural inclinations. I’m an introvert, almost obsessed with privacy. The reason I am a writer is because I’m not a follower—so the badges and the totes drive me a little crazy.

Leading up to this year’s AWP, Katherine had a possible blood clot and wasn’t sure she’d be cleared to fly. But luckily, she was. She donned her surgical mask and flew from North Carolina. I taught my afternoon class, practically bowled over students in my haste to catch a taxi to get me to the airport on time so I could join her. We made it “our” AWP, only doing whatever we wanted to do. Including carving out a large middle of the day to go eat in Koreatown—twice. There were the usual crowds. The usual insecurities.

We took it easy. Fashion decisions included: wig or turban? There was the question of a minor infection that, for a person with a compromised immune system, could become major, and a trip to the health food store took up a morning. This was the opposite of FOMO. I was just happy to be there.

Instead of the keynote, which I had heard was wonderful, I fetched taco-truck tacos that we ate in our room. We went to bed early (for AWP), got up when we wanted to, and had great breakfasts. We saw people when we saw people. We always had the nest of the room to come back to. I was reminded of the small, wonderful favors the universe does for you; I had been unable to secure reservations at the conference hotel, the secondary hotel that was quite a bit further away, which means something to someone who fatigues. I called “just to check” and sure enough, a reservation spanning all our days had opened up. Our flights were not delayed. The room was lovely.

I’m already thinking about next year, but less in the blind way I usually do. This panel, or that? Will we get invited to the good parties? Will people be asking, again, when is my novel coming out?

I don’t know how many more AWPs we have together, my unni (big sister) and me. But truthfully, no one knows how many AWPs they have left. I had always thought AWP was about which panels you were on or attended, which parties you were invited to, your next book (or not), the galleys and the new books you scored, who had the most interesting photos on social media. But it’s actually never been about that. It’s always been about the people, the ones you plan to see as well as the ones you meet by delighted chance, or wave to from afar; it’s about how I worked on my perennial novel during that AWP by massaging a line or two while Katherine slept, just checking in with it as I sipped my coffee, watching LA wake up outside our window, letting it know I was there.

On my flight back to New York, the pilot announced that because of high winds, we were going to be delayed on the tarmac for an hour, maybe more. My 15-in-one jacket has (ha!) a built-in travel pillow that inflates in the hood, a bit like the airline emergency lifejackets. I had chapbooks galore, as well as a precious gift of Dutch chocolates my friend Jean Kwok had hauled from the Netherlands, magically pulling from her purse. Swaddled, reading, the good chocolate melting in my mouth, it occurred to me I had indeed finally hacked AWP.

Marie Myung-Ok Lee teaches at Columbia University. Her next novel is forthcoming from Simon & Schuster. She writes regularly for The New York Times, Slate, The Guardian, The Nation, The Atlantic, Five Chapters, and Salon. She was the first recipient of a creative writing Fulbright Fellowship to South Korea. Her first novel is Somebody's Daughter (Beacon Press, 2005).

Why Where We Write Matters

How to Write Teen Girl Characters 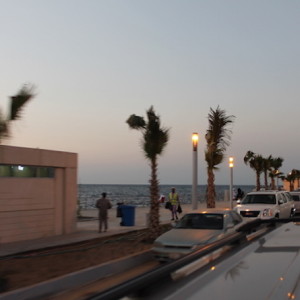 Why Where We Write Matters

I write from my living room in Mississauga. At a folding table, found at a haraj in Jeddah over fifteen years ago, facing...
© LitHub
Back to top