They don’t want to know: Rebecca Solnit on Brett Kavanaugh and the denial of old white men • Writers write. And also, they don’t? 25 famous writers on writer’s block • Surrounded by 11 acres of guns, Ben Fountain reports from the NRA’s annual convention • Jodi Picoult would really like Brett Kavanaugh to read her new novel • The best book covers of September • A conversation with Deborah Eisenberg, in which we learn why she is “the Gerald Ford of fiction writers” • Who gets to be depressed? Sarah Fawn Montgomery on teaching the literature of “mad women” • Sally Field on bringing Norma Rae to Cannes • On the fossil wars: it’s science vs. commerce, dinosaur edition! •

Patrick deWitt on the surreal joy (and terror) of seeing your novel onscreen • William Faulkner: two-time Pulitzer Prize winner, all-time worst postmaster • Of Nietzsche and the horse: John Kaag on life, death, and the temporary pathos of distance • Why Gordon Lish’s influence lives on most powerfully in his lineage of Jewish American writing • Nick McDonell on the casualties of American wars • Kristen Arnett: librarian and tech whisperer? From camcorders to flux capacitors, the librarian’s struggle with technology is never done • “Update on Werewolves.” A new poem by Margaret Atwood • Boomers vs. Millennials, in fiction and in life: Daniel Torday and Malcolm Harris on generational divides, Karl Marx, and data • Restlessness, revolution and three generations of women in Tehran • Could abstract mathematical logic be the key to making Twitter less of a hellscape? • Keeyanga-Yamahtta Taylor on why we need Howard Zinn now more than ever • Abigail DeWitt on the fraught project of translating the trauma of others into fiction • The sandwich that helped feed Puerto Rico when FEMA failed. Chef José Andrés on getting to work in the aftermath of Maria • The Lit Hub staff’s favorite stories from September

, and Ben Fountain’s dispatches from Trump country all feature among the Best Reviewed Books of the Week

13 crime podcasts perfect for fall listening, featuring new programs and new seasons of old favorites •  Anna Lee Huber recommends 10 crime novels featuring women in espionage, all set between the world wars •  Reed Farrel Coleman reflects on the meaning of alcohol in crime fiction, and why he decided it was time for Jesse to get sober • Bruce Riordan on the evolution of the police procedural on screen, from Bullitt and The French Connection to Zodiac and The Wire • “What’s the point of fiction if it doesn’t allow the imagination full play?” Kate Atkinson on her new spy novel and why she loves a good secret • “When it comes to political thrillers, maybe women tend to imagine ourselves in dystopias, if we imagine ourselves at all.” Lisa Brackmann on the meaning of the political thriller in the age of #metoo • Kyle Mills on the evolution of the action thriller and how authors keep up with the latest threats in a world full of dangers and ever-changing enemies • CrimeReads editors scour the streaming services for the best new arrivals in crime, mystery, and thrillers • Benet Brandreth, crime writer and dialogue coach for the Royal Shakespeare Company, on the dangerous lives and many duels of Elizabethan playwrights • Writers and crime nonfiction collectors Michael P. Daley and Jack Womack talk true crime and the nature of curiosity • Dueling playwrights, the invention of the Boston crime novel, Sara Gran’s favorite crime books, and more: our favorite pieces of the month • More than soup lines: L. A. Chandlar on writing a crime series that captures the subtleties and flair of 1930s New York City • Scandi noir, Catalonian dark comedy, a Columbian conspiracy thriller, and more: September’s best international crime fiction

On Suicidal Sharks and Self-Harm 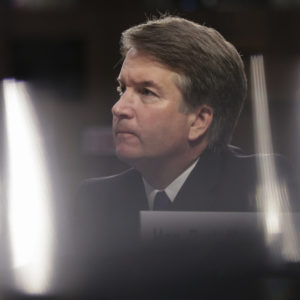 The following article has been updated to reflect developing elements of this story. They don’t want to know. They don’t...
© LitHub
Back to top