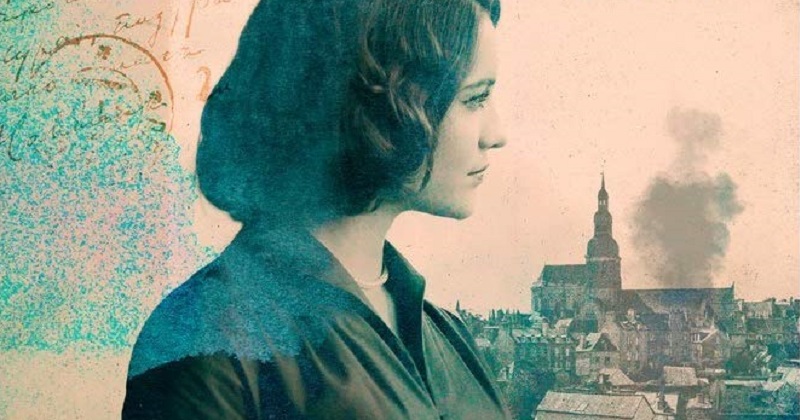 When Writing Fiction Hurts the People You Love

I was sitting in the Science Center Library, reading Paradise Lost. This was in the late 1970s, when I was an English major at Harvard. There are famously gorgeous libraries at Harvard, but I preferred to sit in one of the uglier spaces, beneath buzzing fluorescent lights, with calculators clicking all around me. I was unlikely to run into anyone I knew in the Science Center, though there was no reason for me to be so furtive. It’s just the way I am, habitually keeping to myself. Private and solitary.

I came to the end of the poem. Adam and Eve, our guilty parents, cast out of the garden. But then: “The world was all before them, where to choose / Their place of rest. . . They, hand in hand, with wandering steps and slow, / Through Eden took their solitary way.” The lines hit a nerve and I burst into tears. Loud, gulpy, snot-filled sobs. In the middle of the Science Center, for everyone to hear. I could not stop. I sat in that cubicle and wept and wept.

Guilt has always moved me. I imagine the pain someone must have been in to do whatever awful thing he did and want him to have another chance. Such possibly kind, possibly stupid empathy is useful for a writer, but it’s not the whole story. My mother was a war survivor and I inherited her unspoken guilt at having made it out alive, but that doesn’t fully explain it, either. I feel guilty for being a fiction writer. I’m not referring to the self-doubt many of us feel about making up stories while the world burns. I’m talking about the suffering we cause by writing.

The beauty of fiction lies in the way a story—regardless of plot or setting—communicates to a reader, I am with you. I felt as if Milton had known me hundreds of years before I was born, had known and understood everything I was going to do and was letting me know, the world is still before you. That compassionate recognition, acceptance, love, from an author is why we keep reading, even when we have Netflix to entertain us.

But Milton or Danielle Steele, we all harvest traits from the people we meet in order to create believable characters. For that matter, who needs an introduction? We can use our fellow-subway passengers. One person’s twitching eyelid, another’s hand-sized birthmark, a third’s coffee-garlic breath. The best items are the tics and traits—those small vulnerabilities—people are barely aware of in themselves. Or, if they’re aware, they’re hoping no one else is. Those are the details that draw a reader in, make her feel what it’s like to be inside a fictional character’s body, draw her inexorably to that moment when she feels finally and truly understood by an author. The cathartic revelation—the world is all before us—is impossible without the tiny details that led us there.

“I feel guilty for being a fiction writer. I’m not referring to the self-doubt many of us feel about making up stories while the world burns. I’m talking about the suffering we cause by writing.”

Of course, it’s mostly my own tics and insecurities I harvest. Every character I’ve created—the whore, the man with a severe developmental disability, the SS officer, the Resistance fighter—is a version of myself; but they are versions of myself mixed in with other people’s smells, mole-hairs, mispronunciations, bald spots, limps. I’ll steal anything that works.

I stand apart, casing the joint. Always on the lookout for a good line, the odd detail. It’s what writers and visual artists are trained to do: In the midst of a flood, consider the color of the water. We might or might not get a good story that way, but we’re at least more likely to survive the crisis. That’s a good trick, one I teach my students to help them navigate the world—think of everything as material and you can bear almost anything—but survival comes at a cost. We don’t jump into the fray with other people, don’t fully share in their experience.

Which brings me back to my mother, the source of all my fiction. Born in Paris, she spent her late teens and early twenties on the coast of Normandy, under Nazi occupation. When my sisters and I were growing up, she told us thrilling stories about breaking rules, missing curfew, lying to the Germans. The best story: My mother, who resented the war-time travel restrictions, signed up for a course at the University of Paris solely to obtain a travel pass so she could commute between her hometown and the capital. My grandmother tried to talk her out of it. Pass or no pass, travel was dangerous, but my mother was 21, old enough to defy her parents.

On June 4, 1944, my mother went to Paris for a week of exams; on the 6th, the Allies bombed her home. Her grandmother, mother, and 16-year-old sister were buried in the rubble. Her stepfather and 15-year-old sister, who had stepped outside, were spared.

My mother’s youngest sister has never spoken about what happened that day, but my mother learned a few details from their stepfather: Nicolette, the middle sister, who died—who, earlier in the summer, had created a scandal by writing letters to a boy—had refused to brush her teeth that morning. “Why should I?” she’d laughed. “We’ll probably die today anyway.”

Nicolette’s arm, her love letters, her un-brushed teeth—these were the details that held me transfixed. It was how I thought the world began: a downpour of bombs, fire, and emerging from that wreckage, a torn image of my lovely, dark-haired aunt. In a photograph from the summer before, she’s sitting in a tree, reading. You can just make out her face and her smooth young arm.

D-day figures in everything I’ve written and I suspect that my youngest aunt, now in her nineties, does not like my novels, though we’ve never talked about it. I’ve tried to be respectful, stressing that my work is fiction, stressing—again—that all my characters are parts of me. Still. At 15, she dug through the ruins of her house to find her grandmother, mother, and sister. She doesn’t speak of it, but I do, even knowing she might not want me to. This is the dark side of writing, for which there is no answer.

And yet, it is only ever my own heart I’m revealing, as if I could belatedly atone for standing apart. For refusing to join the group. When I do that and a reader in some other room feels seen—when she glimpses possibilities as surprising as forgiveness, as lovely as the world before her—the boundaries between us dissolve.

Abigail DeWitt is the author of three novels: Lili (WW Norton), Dogs (Lorimer Press), and News Of Our Loved Ones (due out from Harper in October, 2018). Her short fiction has appeared in Five Points, Witness, the Alaska Quarterly Review, the Carolina Quarterly, and elsewhere. She has been cited in Best American Short Stories, nominated for a Pushcart, and has received grants and fellowships from the North Carolina Arts Council, the Tyrone Guthrie Center, the McColl Center for the Arts, and the Michener Society. 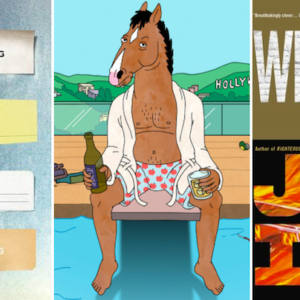 If you're at all interested in writing poetry, first of all, don't worry: the look of terror on the faces of your friends...
© LitHub
Back to top