TODAY: In 1897, Oscar WIlde is released from Reading Gaol after two years of hard labor, an experience which will inform his last work, The Ballad of Reading Gaol (1898).

Rebecca Solnit: The coup has already happened . . . So what are we going to do about it? • The best stories of the year: announcing the 2018 O. Henry Prize winners • Jhumpa Lahiri, Yiyun Li, Norman Rush and more on their favorite story by the master of short fiction, William Trevor • Michael Ondaatje on Italo Calvino’s The Baron in the Trees, Mavis Gallant’s Paris Stories, and the other books he loves to reread • On the strange, artistic world of Marfa, Texas • We encourage you to experience the unexpected poetry of sleeping outside • George Saunders on the emotional realism and beautiful, hostile dreamscapes of Bobbie Ann Mason • Michael Pollan on the lost history of psychedelic therapy • “Stop being so uptight and boring and xenophobic and just let people figure out how to lives their best lives.” Michelle Tea on her fantasy for the world • 12 Palestinian writers and artists reflect on the 70th anniversary of the Nakba • How Kristen Arnett runs library storytime without boring kids to death (or suffering a nervous breakdown) • Rereading Little Women in its 150th anniversary year • In praise of the book-gif: why the world of literature should

use motion as a communication tool • Marwan Hisham on “getting the fuck out Raqqa” during the Syrian War • Forget the sophomore slump: 6 novels that disprove an old cliché • Michael Moorcock on the eerie prophecy of his friend, Ray Bradbury • Is the opening paragraph of True Grit… perfect? Emily Temple does a close reading of Charles Portis’s classic

Ninety-three years ago this week Mrs. Dalloway was first published and to mark the occasion we dug out the first reviews of every Virginia Woolf novel • The author of That Kind of Mother Rumaan Alam spoke to Jane Ciabattari about the books in his life, mostly about motherhood • We took a look at the ten works of fiction and six poetry collections that make up the 2018 Best Translated Book Award finalists • This week in Secrets of the Book Critics: David Varno on Denis Johnson, critical takedowns, and the rise of VIDA • Parul Sehgal on springtime for Knausgaard, Jane Smiley on the late Richard Wagamese, and more Book Reviews You Need to Read This Week • William Trevor’s final stories, Michelle Tea’s confessions, Robin Williams’ troubled brilliance, and more all feature among the Best Reviewed Books of the Week

The Big Sleep Test: a rare book dealer’s love-hate relationship with Chandler and his booksellers •  From Iceland to Japan to Nigeria, 6 international crime novels out this May •  8 crime novels that explore the turbulent aftermath and collective trauma of the Vietnam War • Sarah Weinman on the life and work of spy novelist Holly Roth, whose disappearance at sea remains a mystery •  Killer, academic, thief: the failed campaign to save, then study, the last man to be publicly executed in New York

•  How crime writer Elmore Leonard first cut his eyeteeth on gritty Westerns •  A vicious attack, and a story that refused to become a thriller • Saving lives and solving mysteries with these 8 stories featuring heroic crime-solving nurses • “Ghosts are a gift to the crime writer.” 8 ghostly thrillers that merge crime with the supernatural. • Inside New York City’s 19th century workhouses and the plan to incarcerate the poor • Spycraft in the secretary pool: life at MI-5 during the Swinging Sixties •  A musician’s secrets for writing a lyrical, rhythmic crime novel
Lit Hub Daily
Share: 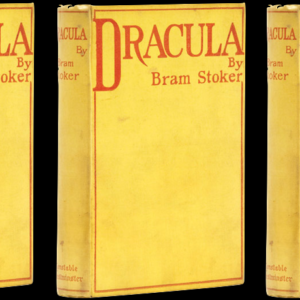 Michael Moorcock on the eerie prophecyof his friend, Ray Bradbury. | Lit Hub Is the opening paragraph of True...
© LitHub
Back to top