Does The Virgin Suicideshold up 25 years later? • On the agony and ecstasy of taking author photos (mainly the agony) • Jay Parini on the time he had a beer with Jorge Luis Borges in a Scottish pub and asked him, innocently: “Have you ever written a novel?” • Imagining Iraq: On the 15th anniversary of the Iraq War, Philip Metres offers a brief history of imperial dementia • John Edgar Wideman meditates on vulnerability, the abyss, and going to the doctor • What exactly does a librarian do? (Everything.) A new column from Kristen Arnett • Why do we turn to stories in the midst of disaster? Madeleine Wattenberger in Mexico City, post-earthquake • Shannon Leone Fowler talks to her mother, Karen Joy Fowler, about writing a grief memoir • Stop looking for one war story to make sense of all wars: Matt Young on the romanticized image of the warrior poet • If you have any money left over from the Sylvia Plath auction earlier this week, here are 25 of the most expensive books on the Internet • Jane Jacobs, Rachel Carson, and

the momentous summer of 1962 • If it only takes seconds to hack an ATM… How long for a self-driving car? • Writers and their mothers: how Louisa May Alcott’s mom encouraged her early writing

The Dirtiest Book Ever Published?: a look back at five of the earliest reviews of Philip Roth’s Portnoy’s Complaint • The NBCC Award-winners, Julián Herbert’s Tomb Song, Bruce Holbert’s Whiskey, and more Books Making News This Week • Paul Constant of the Seattle Review of Books on The Scarlet Letter, unthinking boosterism in reviewing, and reading fiction in the age of trump in this week’s Secrets of the Book Critics • Carmen Maria Machado on internalized misogyny, Rumaan Alam on Uzodinma Iweala’s hybrid novel, Luis Alberto Urrea’s radical act of love, and more Book Reviews You Need to Read This Week • Adulterers, Agatha Christie, rebel ladies, and more all feature among our Best Reviewed Books of the Week

Whatever your taste in crime, your perfect podcast is waiting for you, right now: The essential crime podcasts of spring 2018 • We attract the strange and bring out the crazy: A guide to Florida crime fiction • Whether a woman can have children without losing her creative self is a subject that refuses to die: Natasha Bell on “the

systemic sexism at the heart of both parenthood and the arts” • From Agatha Christie to Tana French, 7 of mystery’s most menacing manor houses • Defy the rational with these 10 tales of gaslit crime, apparitions, and 19th century detectives • Glasgow: city of razor gangs, modernist novels, punk music, substance abuse and high culture • Alex Berenson on cyber-espionage and Russian hackers • Underground numbers games, the CIA, and the birth of the Cuban Mob

From Renee Gladman to Uljana Wolf: 10 Small Press Books to Check Out 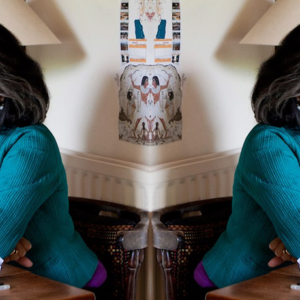 Jane Jacobs, Rachel Carson, and the momentous summer of 1962. | Lit Hub If it only takes seconds to hack an ATM... How...
© LitHub
Back to top