Why are we so unwilling to take Sylvia Plath at her word? · How to be a writer on social media: Advice from Roxane Gay, Alexander Chee, Celeste Ng, and Adam M. Grant · Who cares what straight people think? On the uncertain state of queer narratives · Game of clones: On our fixation with dystopic doppelgängers · Brian Platzer on the responsibility of writers to write the other · A Night with Virginia Woolf at America’s Strangest Literary Hotel · From Lydia Davis to George Saunders to Sofia Samatar, 11 very short short stories · Dystopia is realism: How the best science fiction remixes the present · So you’ve decided to write: A new summer series on writing from Terry McDonell · Who will tell the tales of American fascism? On the truth-telling of Roberto Bolaño · A night with Virginia Woolf at America’s strangest literary hotel
This week on Book Marks:
So good that I don’t want to talk about it here: Jonathan Franzen on Alice Munro’s Runaway · The best-reviewed books of 2017 (s0 far) · “Men killed, and died, because they were embarrassed not to.” On Tim O’Brien’s The Things They Carried · “The earth is mostly just a boneyard. But pretty in the sunlight.” A 1985 Los Angeles Times review of Larry McMurtry’s Lonesome Dove · “Whether he is a trustworthy prophet or not, Mr. Vonnegut is a sharp-eyed satirist.” A 1952 New York Times review of Kurt Vonnegut’s first novel · “Approaching the unspeakable through the diminutive” in Art Spiegelman’s Pulitzer Prize-winning graphic novel, Maus · Infidelity, arson, Thoreau, and more: the best-reviewed books of the week
Lit Hub Daily
Share:

Looking at the Other in the Midst of War 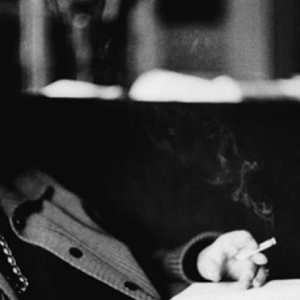 A night in the Virginia Woolf suite at America’s weirdest literary hotel. | Literary Hub The Cold War’s not over...
© LitHub
Back to top