From Octavia Butler to Stephen King, 13 writers who grew to hate their own books • Emma Glass: How the intensity of nursing led me back to my calling as a writer • Bearing witness to a nation in search of itself: love and wonder in post-Communist Poland • How the very oldest of the old helped me figure out what happiness is: John Leland on his year among the 85-and-up crowd • Jojo Moyes: What is the thing that makes me most happy? • We need to talk about the fantasy of the writer’s life: Rosalie Knecht on the postwar aesthetic of glamorous decay that haunts us all still • T.J. Stiles: How do you explain this national tragedy? This moment of Trump? (You start by looking back at 400 years of genocide, expulsion, imprisonment, and opportunistic tribalism) • On our obsession with lost and mysterious books, and how they often disappoint •  A room (and writer) for every letter: visiting a Parisian literary hotel • 16 books you should read this February • “For concentration, you need a cat. Do you happen to have a cat?” And other pieces of indispensable advice from the great Muriel Spark • When hipsters get old: on the end of Portlandia • On the anniversary of Ulysses, 21 famous writers weigh in, for and against; more crucially, here are the 50 best Amazon one-star reviews of Ulysses

From 1962, Robert Frost, JFK, and the Lengthening Reaches of Eternity • Fighting With Shadows: Anne Enright on Martin Amis • This week in Secrets of the Book Critics: Marion Winik on Portnoy’s Complaint, Mrs. Caliban, and Goodreads Diehards • Garbage, Genius, or Both?: 3 ways of looking at Infinite Jest • To celebrate the National Book Foundation’s new award for translated literature, we look back on the year’s 10 Best Reviewed Books in Translation • Monsters in Baghdad, coffee in Yemen, and Knausgaard in the snow all feature among our Best Reviewed Books of the Week 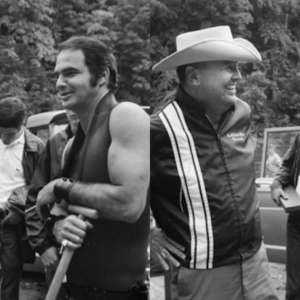 10 female Caribbean writers you should know. | Literary Hub On the anniversary of Ulysses, 21 famous writers weigh...
© LitHub
Back to top