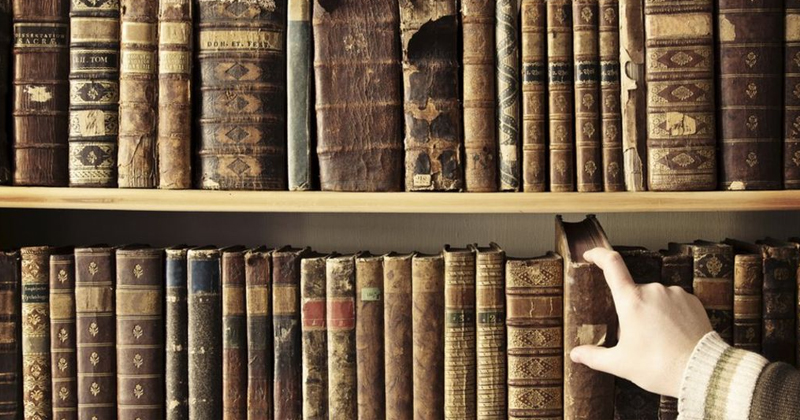 The winter I was in second grade, I remember spending nearly every recess period tromping around the snow-covered play yard while my friend Tyson Anderson recounted, in visceral detail, the plots of movies I wasn’t allowed to see. To be clear, my parents weren’t inordinately strict on this front. We’re talking movies like Terminator II or Misery, or The Lost Boys, titles which, in all honesty, I’m not sure I would have enjoyed much as a seven-year-old. Tyson’s retellings of these movies captivated me, though. He had a knack for distilling feature-length films into 15-minute capsules that focused on just the right details, on the most compelling moments.

One that really stuck with me was his version of Army of Darkness, Sam Raimi’s movie in which Bruce Campbell is sent back to medieval times by the Necronomicon and is forced to battle demon hordes using only the chainsaw he was lucky enough to pull through the time portal that brought him there. I remember Tyson explaining the movie’s setup to me as we walked side-by-side across the snowy field behind the school, but then stopping. He turned to look at me, holding out a ski-glove-clad hand.

“The guy goes to a blacksmith,” said Tyson, “because a demon took his hand. So to fix it, he forges a new hand out of metal.”

That detail—a blacksmith-forged prosthesis—both disturbed and fascinated me, and as Tyson continued his account of the hero’s quest to rescue a kidnapped princess, the dark, mythic weight of that metal hand sat heavy in my mind.

Twenty-five years later I finally saw the movie, and it will be surprising to no one that the actual film fell far short of Tyson Anderson’s doom-laden retelling. That’s not to say I didn’t like the movie. I liked it a lot, actually, but for entirely different reasons than I liked the version from my childhood. The movie is so over the top, so intentionally silly, where Tyson’s version was shrouded in power, archetypal heroism, and dread. For me, the imagined version had become more potent than the actual artifact. It’s a fascinating dynamic, and not one that’s confined to schoolyard summaries of forbidden movies.

In spite, or more likely because, of their inaccessibility, they take on a potent ghostlike quality. As much as Shakespeare enthusiasts might treasure Love’s Labour’s Lost, for instance, they’re still haunted by the specter of the vanished Love’s Labour’s Won. The power of what’s not there threatens to overwhelm the impact of what is.

“Books can disappoint or even devastate us, but I wonder to what extent disappointment could begin a reader’s relationship with a book instead of ending it.”

My interest in lost books drove the research and composition of my second novel, The Infinite Future. Wondering what it would be like to track down and actually find a legendary manuscript, I started work on a story featuring a reclusive science fiction writer named Edward Salgado-MacKenzie, and three enthusiastic/obsessive fans of his work who stumble upon his long-lost proposal for a never-published novel called The Infinite Future. The three devotees track rumors of the writer from São Paulo to Orange County to Eastern Idaho, recounting as they do tales from their own lives and summaries of their favorite Salgado-MacKenzie short stories.

Fortuitously (for me), while I was working on this project, Harper Lee’s Go Set a Watchman was published. So many people had wondered for so long if they would ever have the chance to read another novel by Lee, and I was fascinated to see the reactions of the book’s readers, both in published articles, and in forums like Goodreads and Amazon customer reviews. Some, disturbed by the book’s portrayal of the now-grown Scout, or of Atticus Finch as a racist wished they could unread it. Others welcomed the opportunity to reevaluate To Kill a Mockingbird in light of Go Set a Watchmen. Many other reactions existed in between those two extremes, but nearly all of them acknowledged the massive expectations they had for the book coming into their reading experience. The specter of Go Set a Watchman persisted even in when the tangible artifact became accessible. I wanted to capture some of that dynamic in my novel, and so The Infinite Future is as much about the quest for a fabled manuscript, as it is about the complicated thoughts and emotions that arise when the manuscript is found. While readers may imagine a kind of divine glory existing in, say, Salinger’s unpublished Glass chronicles, or in the remainder of Austen’s Sanditon, in all likelihood, the wormy humanity of the book’s writers would come through, as it does in all their existing work.

When considering that tension between what is anticipated and what is delivered (either in the case of my novel or of books like Go Set a Watchman), I’m tempted to reduce that blend of emotions to simple disappointment. It’s more complex than that, though, or maybe it’s my understanding of disappointment that’s too simplistic. Books can disappoint or even devastate us, but I wonder to what extent disappointment could begin a reader’s relationship with a book instead of ending it.

I’ve been reading Rebecca Solnit’s Hope in the Dark recently, and there’s a passage discussing the disparity between the explicit goals and the actual outcomes of political activism that reminds me of dynamics at play with disappointed lost (and then found) manuscripts. Solnit makes the following argument:

To be effective, activists have to make strong, simple, urgent demands, at least some of the time—the kind of demands that fit on stickers and placards, the kind that can be shouted in the street by a thousand people. And they have to recognize that their victories may come as subtle, complex, slow changes instead, and count them anyway.

In encouraging activists to keep an eye out for less apparent change, I don’t think Solnit is talking about settling for something less, or lowering expectations. It’s more a description of the mechanisms of social change, and a recommendation that a familiarity with those mechanisms can buoy up hope in the face of apparent indifference.

I see a similar relationship between readers and legendary books. The demands of the readers are simple but powerful: change my life, blow my mind. And while that’s rarely going to be the immediate effect of a rediscovered lost text (Go Set a Watchman being an ideal case in point), there is an opportunity to find a more subtle form of enlightenment.

For one thing, it might prompt self-reflection. When a book disappoints us, we might ask ourselves what we were hoping it would do for us, and in asking that question, we may start to recognize the holes in our heart that we wanted that text to fill.

There’s also an opportunity to recognize the ways in which thwarted desires can have different outcomes in the arena of fiction versus real life. If, for instance, I ardently hope to be offered a specific job, and then am not offered the job, the reality of the situation overcomes the scenario that I envisioned. In cases like that, disappointment entails hope being decimated by reality, but in the world of fiction, that destruction doesn’t have to take place. Sam Raimi’s Army of Darkness may not have matched up with Tyson Anderson’s Army of Darkness, but it also didn’t obliterate it. The two disparate narratives continue to exist side-by-side in my mind. And while that difference may lead to disappointment, it certainly doesn’t have to.

Tim Wirkus is the author of The Infinite Future and City of Brick and Shadow, which was a finalist for the Shamus Award and the winner of the Association for Mormon Letters Best Novel Award. His short fiction has appeared in The Best American Non-Required Reading, Subtropics, Cream City Review, Weird Fiction Review, Gargoyle, and elsewhere. His novella, Sandy Downs, won the 2013 Quarterly West novella contest.

Let's Talk About the Fantasy of the Writer's Lifestyle 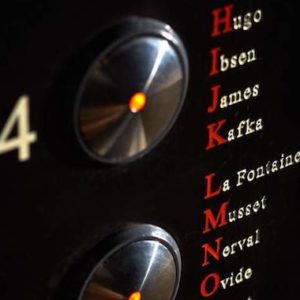 Located in Paris’s chic 8th arrondissement, just a short walk from the Avenue des Champs-Élysées and the River Seine,...
© LitHub
Back to top