TODAY: In 1874, Zona Gale, the first woman to win the Pulitzer Prize for Drama, is born.

100 books across America: Fiction and nonfiction for every state in the union · How Sigmund Freud tried to break and remake his fiancée · Mark Bray on why The Big Lie, Dinesh D’Souza’s terrible book about the American left, is worth our attention · Rebecca Schuman on trying to be an expert and a woman at the same time ·  On the dark, wondrous optimism of Ray Bradbury · Speaking with the students behind Howl, the best high school lit mag in America · An ode to the sun by Karl Ove Knausgaard · Two never-before-published letters from Marcel Proust to his neighbor, translated by Lydia Davis · Claire Messud reflects on what she learned from her mother’s library · Ayobami Adebayo on writing about infertility in a world that sees childless marriage as tragedy
This week on Book Marks:
In honor of this week’s rare celestial event, Jim Shepard on John Banville’s Eclipse · Amal El-Mohtar, in his NPR review of The Stone Sky, says “N. K. Jemisin’s books are a revolution in which I want to take part” · The voice of the sea speaks to the soul: an 1899 review of Kate Chopin’s The Awakening · Turtles all the way down: On Stephen Hawking’s bestselling 1988 popular science book, A Brief History of Time · The repainted world of Knausgaard’s Autumn · The “waves of shockingly bestial detail” in Hubert Selby Jr.’s cult classic, Last Exit to Brooklyn · Never love a wild thing: A 1958 New York Times review of Capote’s Breakfast at Tiffany’s · Doomed romances, American exceptionalism, the Russian Revolution, and more: the best-reviewed books of the week
Lit Hub Daily
Share: 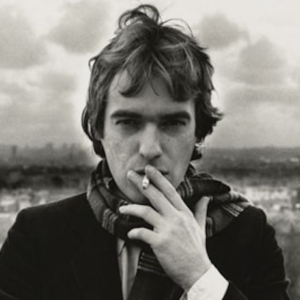 Marcel Proust would like you to stop being so noisy: two never before published letters translated by Lydia Davis. |...
© LitHub
Back to top