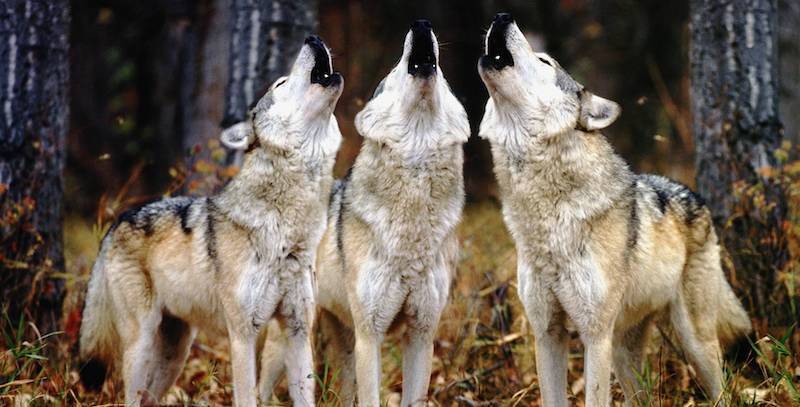 In Deltona, Florida, the Kids Are All Right

In the small city of Deltona, Florida, there lives a mysterious and rarely-seen creature: the thriving high school literary journal. Dylan Emerick-Brown, an English teacher at Deltona High School, founded Howl—the name, by the way, is both a nod to the Ginsberg poem and to the fact that the Deltona mascot is a wolf—in his very first year at the school. He had worked on literary journals himself in college, and even ran his own for a few years. “I realized that there was a demand for some outlet in which the students could express themselves through poetry or prose,” he told me in an email. So he began offering Howl as an after-school club, and it pretty quickly took off. “The students designed the site, read through the submissions, discussed what to publish and if it needed edits, came up with and conducted interviews, and more,” he wrote. “I was there to guide and facilitate through my experience, but the students really took ownership of it.”

Now, at just four years old, Howl is the first and only high school literary journal to be a member of the Community of Literary Magazines and Presses (CLMP). The students who run it—there are typically about ten students on staff, though Emerick-Brown tells me that number is trending upward—write and publish their own work, as well as accept and edit external submissions, write book reviews, and conduct interviews. The roster of interviewees is particularly impressive. In the last four years, Deltona students have interviewed two Nobel Laureates in Literature, several US Poet Laureates, and many Pulitzer Prize winners, as well as established writers working in every genre. Among others, they’ve interviewed Zadie Smith, Wole Soyinka, Anne Carson, Gay Talese, J.M. Coetzee, Tracy K. Smith, Claudia Rankine, Yiyun Li, Louise Glück, and, memorably, Lawrence Ferlinghetti, who, at 96, hand-wrote single-sentence answers to all of the students’ questions and also drew them this sketch of a naked woman. In February of 2014, students conducted what would turn out to be Maya Angelou’s last recorded interview, which is now preserved in the archives of the Library of Congress, and which you can listen to here.

Emerick-Brown attributes all those high-profile interviewees to “polite persistence,” as well as to the very thing that also makes the interviews so impressive: the fact that the interviewers are high school students. “From what I’ve experienced, people just like being a part of that journey,” he told me. “There is something fulfilling in encouraging the next generations of writers that most acclaimed writers don’t get to participate in on a routine basis. Sometimes writers will become nostalgic for their own high school lit mags or remember what it was like when they were that age and struggling with the idea of becoming a writer.” So, he said, “we approach writers we’ve never met from a place of familiarity.”

When I asked Emerick-Brown what made Howl different than other high school literary journals, he noted that creating a literary journal of any quality required a faculty advisor willing to put in a lot of time, which is something that’s just—understandably—not available at every school. But he also noted another major difference between Howl and other high school journals: “We tackle the endeavor like we’re not a student literary journal,” he wrote. “We certainly leverage the position to our advantage as often as possible, but we perceive Howl as a professional literary journal that happens to be run by high school students in a high school. This way of thinking broke the barriers of what we were anxious to do. We had to allow ourselves to think bigger. ‘Fake it till you make it,’ I tell them. And we made it.”

The students of Howl also participate in a number of community outreach and service programs, including the Pay It Forward campaign, where Deltona students raise money to fund literacy initiatives in Florida elementary and middle schools. Recently, for instance, they were able to raise enough money to buy copies of Christopher Healy’s The Hero’s Guide to Saving Your Kingdom for the students of DeLand’s Starke Elementary School—and as a bonus, because they’re thoughtful like that, they also arranged for Healy to visit the school via Skype. They organize creative writing workshops, create scholarships, and plan events. On their website, they quote Antoine de Saint-Exupéry: “If you want to build a ship, don’t drum up the men to gather wood, divide the work and give them orders. Instead, teach them to yearn for the vast and endless sea.”

This is all without any financial support to speak of. The journal is primarily run on volunteered time and donations; the students also periodically organize fundraisers—this year, Emerick-Brown told me, they asked a number of interviewees to donate signed copies of their books, which Howl will be auctioning off in December in an event with the Atlantic Center for the Arts.

Emerick-Brown, you may not be surprised to hear, is supremely passionate about literature and about his students’ relationship to it. “Sadly, I don’t think as many students read for pleasure as they used to back when I was growing up,” he told me. “But literature has the power to temporarily take teenagers out of their own lives and imagine different worlds. It can teach them to empathize with others through the experiences of characters they would otherwise rarely, if ever, meet in their daily lives. It can help them emotionally cope with the many life-changing scenarios at this point in their lives. Literature is all about the sharing of experience—whether it’s an author sharing his or her imaginative experience in fiction or a poet sharing his or her real-life trauma. It broadens our views in otherwise impossible ways. We can’t all travel the world by our 18th birthday or experience war, cope with death, or engage in worlds that don’t exist. But through literature, we become ourselves, thinking about what we would do in these situations and how we would have dealt with that character or simply experience a different place in a different time. We are emotional beings and literature has a great power to help us in our transformative years to become the people we are for the rest of our lives.”

When asked how working on Howl had affected her, junior Katherine Cintron wrote that she’d noticed a change “both in my academics and personality. I’ve done projects that have made me realize the struggle of others through poetry and has made me more thoughtful and understanding of people.” Plus, she noted, it looks good to colleges. Life-changing and practical! Senior Israel Matamoros wrote about the value of self-expression, and said that when working on Howl, “I feel right at home. I have peers who share the same passion I do and it’s [an] indescribable feeling of joy.” Jacqueline Edwards, who graduated in 2017 and has decided to stay on as an advising editor, wrote: “I can honestly tell you that working on Howl for all four years of high school completely changed my life. Not only did it help me to improve my writing and editing ability, but it also helped me grow as a person. Howl helped me to learn how to work with a team better, build confidence, and become equipped to be able to do things I would never even thought of doing before.”

By the way, the students of Deltona are more than willing to help any other high schoolers who want to follow in their footsteps. In an essay Emerick-Brown wrote about the journal for poets.org, he noted that the staff of Howl can help peers “by developing the website, helping to structure the staff, designing a mission statement and annual goals, obtaining writer interviews, securing local press coverage, creating relationships with book publishers for student reviews, and soliciting submissions from around the world. We want to create a network of high school literary magazines that are taken seriously and provide for students a unique and valuable opportunity to become an integral part of the literary landscape.”

In closing, I will say this: it may seem as though America gets darker and more treacherous with every day, but literary journals like Howl—that is, groups of students and mentors working tirelessly to promote literature, to encourage empathy and understanding, to help others, to give everyone a voice—are what give me hope for the future. 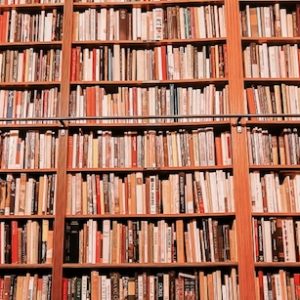 Imagine you have a new baby who’s getting all the attention from everyone who walks in the door, while meanwhile your perfectly...
© LitHub
Back to top