TODAY: In 1700, just a few days after John Dryden’s death, his last written work, The Secular Masque, is performed as part of Vanbrugh’s version of The Pilgrim.

Joshua Wheeler on the first ever full-length film streamed on the internet (it’s even weirder than you’d imagine) • From the literary erudition of John Keene to the origin story of Margaret Atwood’s The Handmaid’s Tale, the Lit Hub staff’s favorite stories of April • Our imaginations need to dwell where the wild things are: how children’s literature leads us to the uncanny • From John Shade to Carrie Bradshaw, 50 fictional writers, ranked • Lucas Mann wonders: if reality TV is superficial, why does it make me feel so much? • Min Jin Lee, Jamie Quatro, Rachel Lyons and more on envy, desire, and not asking for permission • 14 books you should read this May • Kristen Arnett wonders if “the customer is always right” might be wrong for libraries • Jennifer Schaffer grapples with questions of motherhood and desire through recent books by Sheila Heti and Meghan O’Connell • The little bear that revolutionized children’s books: see the earliest sketches of Winnie-the-Pooh •

If it works for chickens… How a Coney Island sideshow kept thousands of premature babies alive • A rare conversation with the cult Chinese writer Xi Xi • “Yeah, she only wrote the one good book.” And other ways we suppress women’s writing… • John Berger on smoking: “We smoked between games of tennis” • Fri

5 Books You May Have Overlooked in April 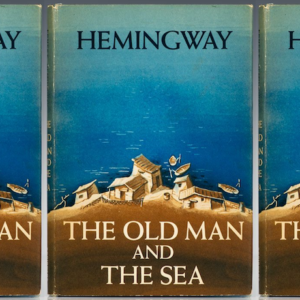 It’s been a long week: here are 20 of the best literary adaptions on Netflix (if you’ve had enough with books). |...
© LitHub
Back to top