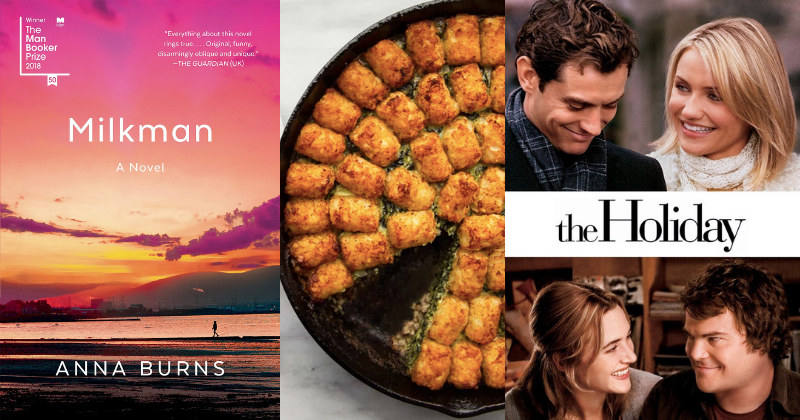 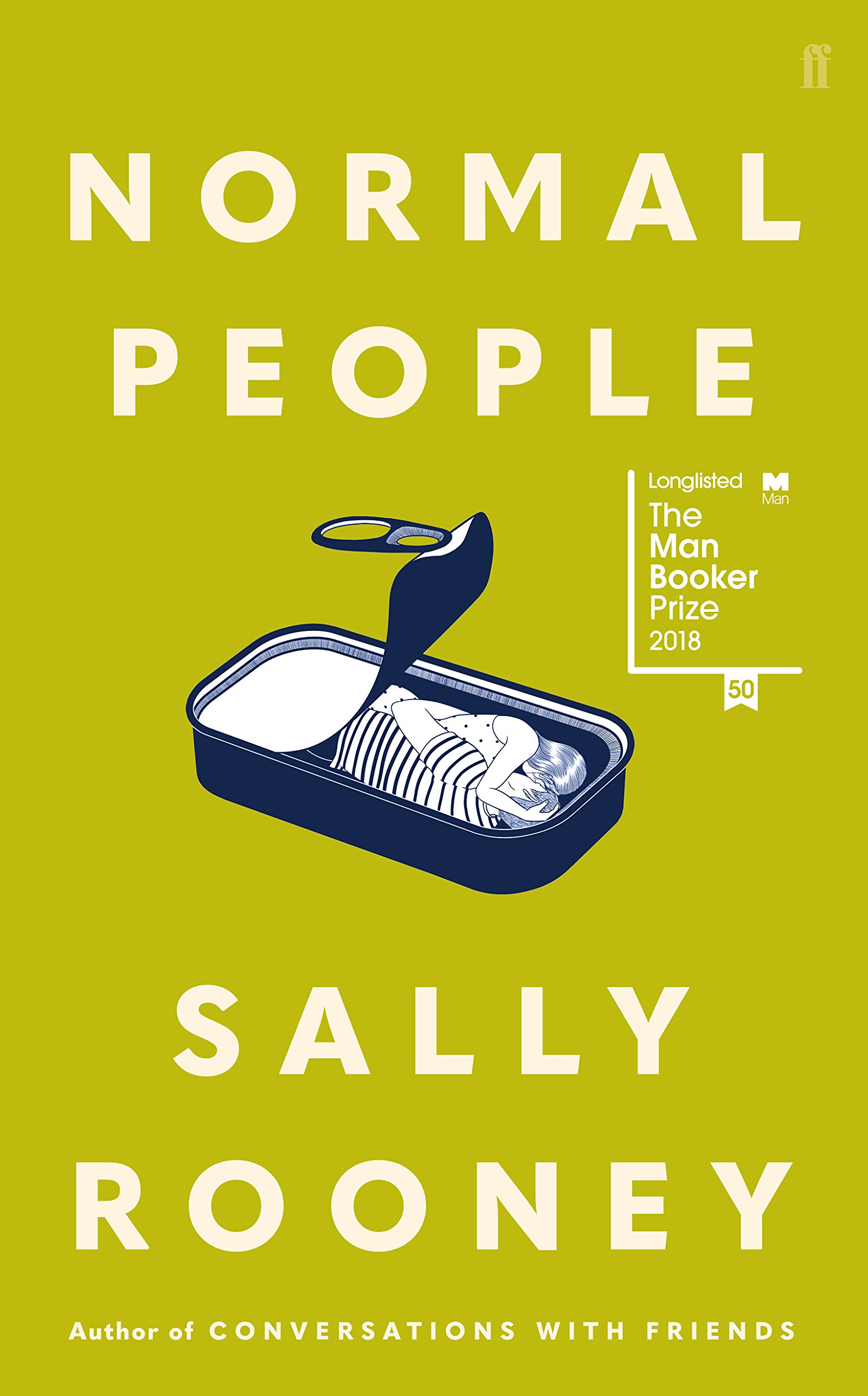 For my annual pilgrimage to the Emerald Isle I will again partake in my usual overload of British television: cooking shows, quiz shows, and Christmas football. In addition to enjoying a hot port at Grogan’s, I plan to purchase the UK edition of Sally Rooney’s Normal People, which I have already read and gushed about (like everyone else in the Lit Hub office), but I really love the UK cover. And since walking through Trinity will likely make me nostalgic and the Irish weather will make me melancholic, I’ll probably reread it too. 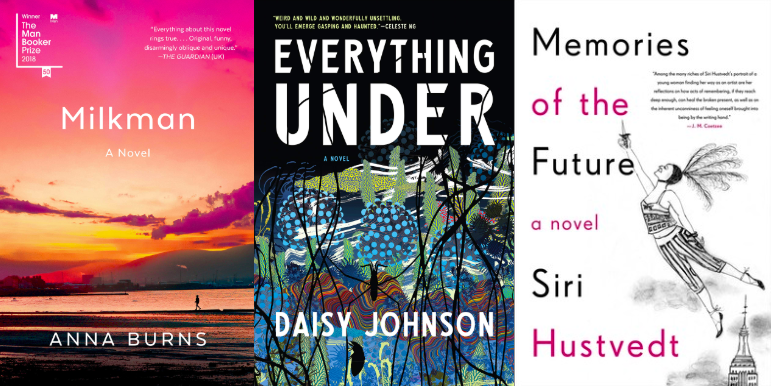 I have been very slowly reading Anna Burns’ wonderful, sentence-rich thickety novel of 1970s Belfast, Milkman, and will continue to do so over the holidays—there is a rhythm to it that reminds me of several old Glaswegian aunts trying to tell the same story at once, so in that respect it counts as spending time with family. After that, it’s on to Daisy Johnson’s Everything Under, and then to Siri Hustvedt’s forthcoming novel, Memories of the Future. When I am not reading I will be watching a lot of hockey and probably season two of Patriot, which feels like Mission Impossible as directed by early Jim Jarmusch (and is therefore good).

Here’s what I am packing in my bag for the holidays: Jane Alison’s Meander, Spiral, Explode, Helen Oyeyemi’s Gingerbread, Elsa Morante’s Arturo’s Island, Naomi Novik’s Spinning Silver, Isabelle Hammad’s The Parisian, Yan Lianke’s The Day the Sun Died, and N.K. Jemisin’s How Long ‘Til Black Future Month?. I will probably have time to read all of them, right? Yes. I think so. Or at least most of them—after all, I also have to fit in around a Very Important Rewatch of the best festive film of all time, The Holiday, and several episodes of The Americans. 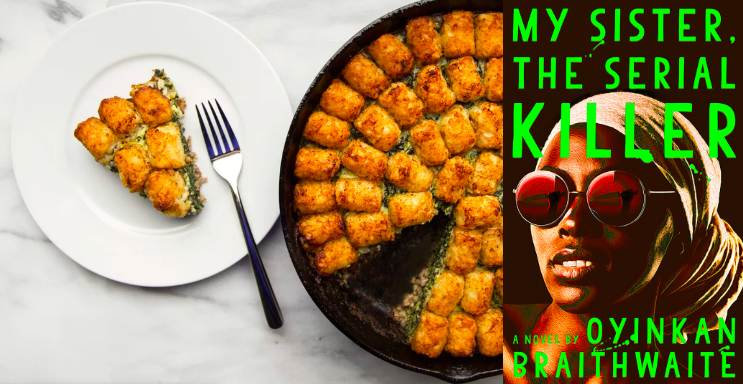 I’m giving my sister a copy of My Sister, The Serial Killer for Christmas this year both because of the flawless sight gag and because everyone says it’s a delight. I’m also banking on her not starting it right away so I can read it before she does. (On Christmas, we tell the truth!) I will also be making the tater tot casserole

that my fiancé found for Thanksgiving by googling “classy tater tot casserole.” Festive!

Along with my passport and single change of clothes, I’ll be making my biannual Christmas trip back to the Old Country (aka Ireland) with a big ‘ol stack of books that includes Denis Johnson’s The Largesse of the Sea Maiden, Michelle McNamara’s I’ll Be Gone in the Dark, Tommy Orange’s There There, and Sayaka Murata’s Convenience Store Woman. I’m also hoping to trick one of my siblings into believing that Zodiac is a Christmas movie and then hiding the remote for three hours. Oh, and I heard Dublin is a gin town now, so I’ll probably have to see whether that’s true or an elaborate prank being played on me and my ex-pat brethren. My main focus, though, as it is every time I return, will be trying not to accidentally utter the words ‘trash,’ ‘sidewalk,’ or any other glaring Americanism in front of the people I grew up with.

When I traveled to California two years ago, every single move I made was thwarted by mudslides—mudslides blocking Highway 1, cutting off the entrance to parks, or re-routing me for hours over a treacherous one-lane mountain pass that stretched into the low clouds. Now, I’m going back for the holidays, and I’ll be more prepared to be stranded in a car (if necessary) with “The Shadows.” It’s a fictional podcast created by Kaitlin Prest, whose podcast “The Heart” wove intimate stories about sexuality and gender with reported and investigative work on sex and power. The Shadows, which Prest created for the CBC, follows the romance between two puppetry artists with details so vulnerable and real that it can be difficult to continue listening, but so gripping that I can’t stop. 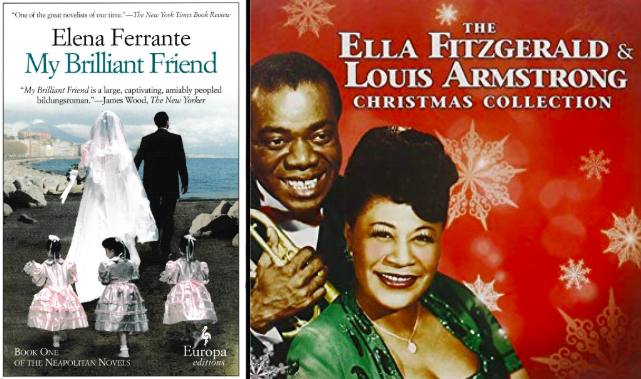 I’m so far behind the bandwagon that I think it’ll be physically impossible to jump on. But that doesn’t mean I’m not going to try! Many moons ago I bought a copy of My Brilliant Friend at the Brooklyn Book Festival, and for the next few days I will be curled up with a cup of hot apple cider, catching up to the rest of the literary world. I’ll also be listening to Ella and Louis’ Christmas album pretty much nonstop. 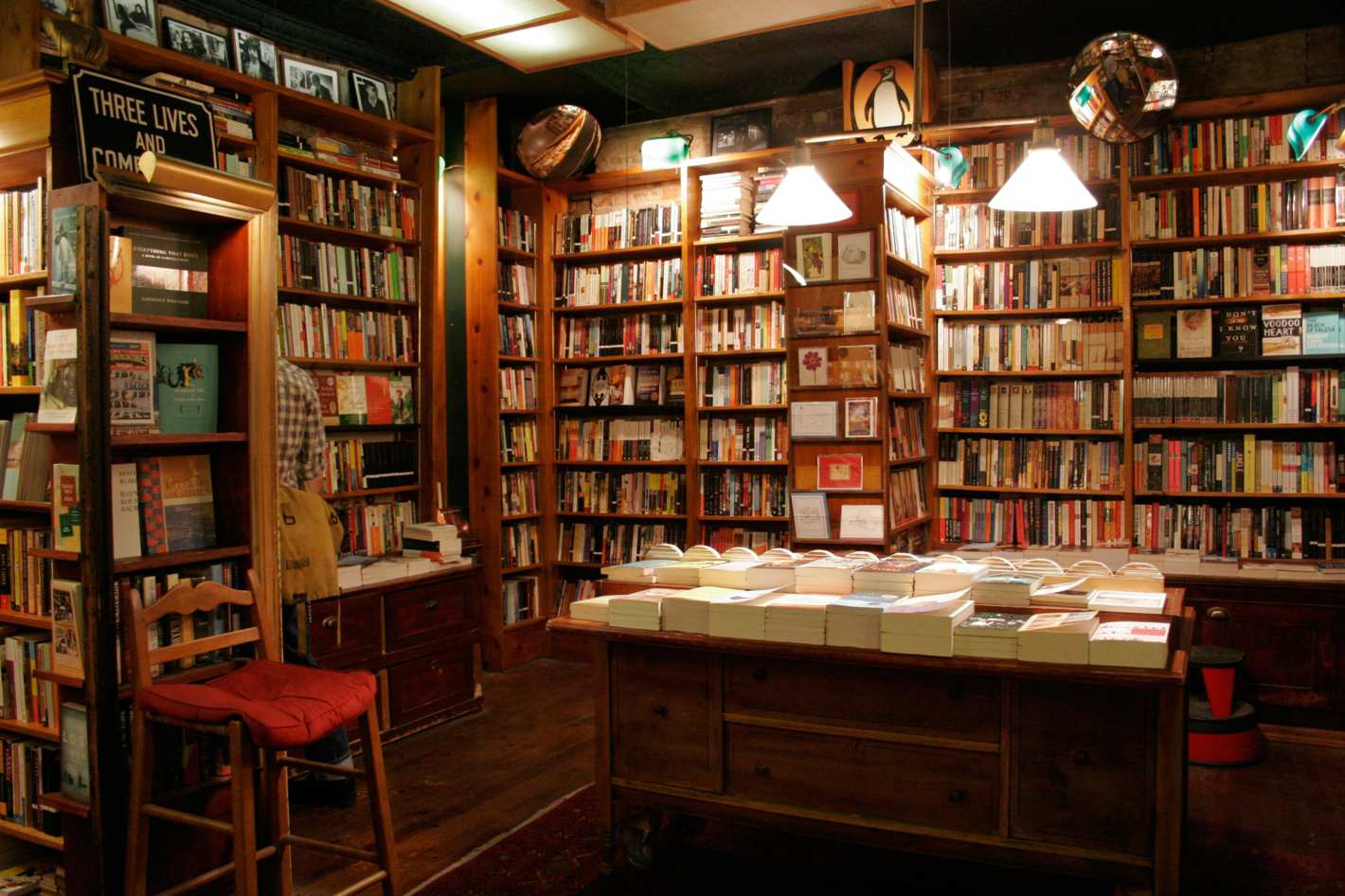 I’m headed in a lot of different directions over the holidays, won’t be home for a month, so this time I’m bringing nothing. I know the first thing I’ll do upon landing is go to a bookstore, and I’ve learned that travel is so much more enjoyable when I have two things to wonder about: what I’ll be reading, what it’ll be like where I’m going. 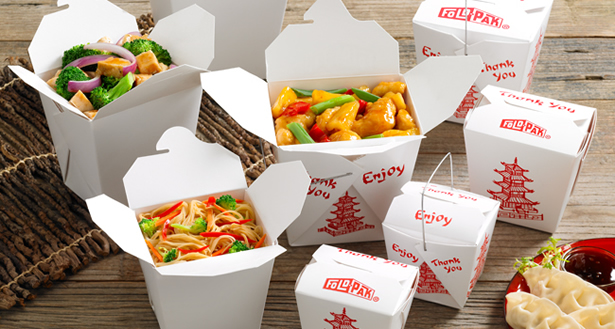 This perfectly normal week will be spent outside of the office, as others celebrate the holiday of Christmas. I’ll be celebrating the end of the year with the usual Jewish traditions: complaining about Christmas music, flying on Christmas, and probably, eating some Chinese food and going to the movies. I’ll also be celebrating my own holiday tradition of reading a long, dense history book about something terribly depressing. Happy f***ing holidays. 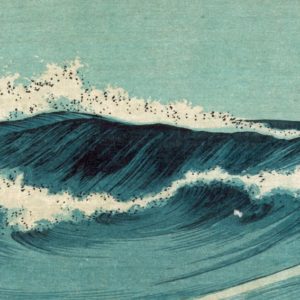 This year, Lit Hub is proud to have been home to a bi-monthly series curated by 2018 MacArthur fellow Natalie Diaz, featuring...
© LitHub
Back to top
Loading Comments...