TODAY: In 1937, Gone with the Wind by Margaret Mitchell wins the Pulitzer Prize for Fiction.

Also on Lit Hub: In honor of the PEN World Voices Festival this week, Maaza Mengiste, Carrie Brownstein, and Jill Filipovic on gender and power • Bookselling in the 21st century: the exhausting false intimacies of life in retail • From The Lights by Brian McGreevy 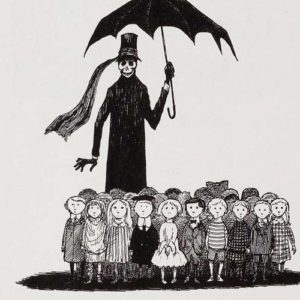 “A is for AMY who fell down the stairs. B is for BASIL assaulted by bears.” These were the first sentences I read by Edward...
© LitHub
Back to top