From Wittgenstein to The Golden Girls, a Man of Varied Interests

“A is for AMY who fell down the stairs. B is for BASIL assaulted by bears.” These were the first sentences I read by Edward Gorey, whose last name seemed too delightfully perfect to be real, like Lemony Snicket. I was in a bookshop in London, holding a novelty copy of The Gashlycrumb Tinies, an abecedarian in which each letter reveals the grisly and somehow perversely delightful death of an unfortunate child. Clara wastes away; Desmond, perhaps mercifully, is tossed from a sleigh; Olive, infinitely unlucky, is run through with an awl. It was like reading bedtime stories for semi-adults, and it was too glorious not to purchase. It was the kind of cute-brutal book that ironically seemed like it might cheer the right kind of wrong person up on a bad day, not unlike Tim Burton’s Melancholy Death of Oyster Boy.

It was ironic I found Gorey in London. “Many of Edward Gorey’s most fervent devotees,” Stephen Schiff wrote in The New Yorker in 1992, “think he’s (a) English and (b) dead. Actually, he has never so much as visited either place.” Like his closest American aesthetic contemporary, Burton, Gorey may have inspired this geographic reading—at very least with (a)—by virtue of the vaguely Edwardian gothic style so frequent in his art. “[His] subject matter was the 1920s,” Gorey’s friend Alexander Theroux, who wrote a short biography of the illustrator, told NPR IN 2011, “and he always fit his drawings to that particular world, the Edwardian period.” (Theroux, to note, is extending the conventional bounds of “Edwardian” a decade after Edward VII’s death; he also, unrelatedly but magnificently, informs us that Gorey enjoyed both Wittgenstein and The Golden Girls.) By the time he was five, Gorey, who taught himself to read, had devoured Bram Stoker’s Dracula and Lewis Carroll’s Alice in Wonderland, both of which shaped and haunted his art throughout his life.

I didn’t go off in search of Gorey’s works for a while, and because of this, I assumed for years that his books were primarily like The Gashlycrumb Tinies: macabre, but charming, timeless despite their dark echoes of the Edwardian and Victorian eras. I realized, later, that I had read something by Gorey years before and somehow forgotten it was by him, when I found a copy of The Doubtful Guest, a delightfully ghastly and absurd poem, in a store in New York. I discovered, with glee, his illustrated version of T.S. Eliot’s Old Possum’s Book of Practical Cats. Gorey was not a “serious” artist-writer in my mind at the time—not that that made me like him less, but so it was.

But then I came across a completely different kind of Gorey book. I was in my university’s library between musty bookshelves of early 20th-century tomes, alone on the top floor but for a few scattered students. I found a little book called The Insect God, which was one of his remarkable trinity of “The Vinegar Books,” the other two being The Gashlycrumb Tinies and West Wing. I flipped it open. The Insect God follows a little girl who, alone outside, is approached by a black motorcar containing what appears to be a giant praying mantis. I already had an unsettled feeling; the story felt darker, less cute, more a tale you perhaps know best as a woman of what may happen when a male stranger approaches. The girl is abducted. Her family is distraught and call the police, but no one can find her. Towards the end—it, like most of his books, is just a few pages—she is knocked out by more giant insects, “stripped of her garments,” stuffed into a pod, and prepared to be sacrificed to “The Insect God.” The story does not specify what this means.

Here was a tale about the danger of strangers and, possibly, far more. That she was stripped of her garments before being “sacrificed” bothered me the most; its possible subtext of sexual abuse was obvious, though it was also possible Gorey had not intended that. Either way, the Gorey I thought I knew seemed evanescent; I realized I had read so little of him before, yet had already assumed I knew what kind of writer he was. Gorey now seemed closer to what I would later learn Edmund Wilson aptly described him as in The New Yorker: “poisonous and poetic.” The Insect God was still charmingly illustrated, but it wasn’t the kind of book I wanted to read again immediately, unlike his abecedarian. The tiny book was strangely affecting and disturbing, and it made me begin to realize the complexities of Gorey’s oeuvre.

“In his enigmatic tales, by contrast, something, perhaps quite a bit, is left to the imagination.”

I pulled a few more books down. West Wing, to my surprise, was entirely wordless, like the Modernist wordless novels of Lynd Ward, and had no clear narrative; it was lovely, yet enigmatic, an experimental series depicting, it seemed, eras in the life of the west wing of a haunting, if not haunted, mansion. The book, a miniature masterpiece of the power of absence, was dedicated to Wilson, who had been the first critic to take serious notice of Gorey. The Loathsome Couple featured a boy and girl who grew up, married, and murdered children—nothing surprising content-wise, but the narrative felt pointless compared to Gorey’s more inspired work, a kind of bored brutality, a true banality of evil.

My biggest surprise came in a book from 1961 by Gorey called The Curious Sofa, which bore the memorable subtitle of “A Pornographic Work by Ogdred Weary”—an anagram for Edward Gorey. The brilliant text replaces the children so common in Gorey’s popular works with hilariously lecherous adults, many “well-endowed,” nearly every page filled with sexual innuendoes—or so Gorey wishes us to think. At the end, the eponymous sofa finally appears—and then something unexplained happens, causing the protagonist, Alice, to “scream.” Perhaps none of the innuendoes were innuendoes at all—and the end, alone, contains something sexual that shocks an innocent Alice. Or not. Gorey reveals nothing, all the while revealing how eager we, as readers, are to read sex into the book’s lines. It’s a wonderful, unexpected twist—yet, curiously, it is unclear what the twist even is. There was suddenly something stranger, more shadowy, in Gorey’s work. “Ineffable effable,” as Eliot writes in “The Naming of Cats.”

Gorey’s tales, I began to see, can be divided into two types: overt and enigmatic. In his overt tales, like The Gashlycrumb Tinies or The Loathsome Couple, Gorey leaves little to the imagination. It is clear what is happening in each amusingly macabre sentence and illustration. (Gorey, incidentally, did not like the word “macabre,” perhaps due to having heard it too much in interviews.) In his enigmatic tales, by contrast, something, perhaps quite a bit, is left to the imagination. In The Insect God, we are left to wonder, in horror, what happens to the girl at the end and what this new, sudden entity, an insect god, is. Perhaps the most obvious of his enigmatic stories is also his most experimental book, West Wing; the images seem like mumbled whispers to the reader, beckoning them into the rooms and halls, but revealing almost nothing. The Curious Sofa, with its clever yet inscrutable ending, is also one of these. Gorey’s work had once reminded me of Burton’s The Nightmare Before Christmas or Neil Gaiman’s Coraline; now, despite the extreme brevity of his books, his work seemed darker and more complex than both. I loved it.

Reading those other books reminded me of comments Yukio Mishima had made about Yasunari Kawabata’s House of the Sleeping Beauties around the time Gorey was beginning to attract attention. In an introduction to the novella, Mishima argued that great writers’ work can be divided into two categories: “the obverse or the exterior, their meaning on the surface, and those of the reverse or interior, their meaning hidden.” Mishima argued that in the latter category of “interior” or “hidden” works, which he also called “esoteric” after esoteric Buddhism, we begin to see a writer’s more-often-hidden thoughts, feelings, themes. “In an esoteric masterpiece,” Mishima wrote, “a writer’s most secret, deeply hidden themes make their appearance. Such a work is dominated not by openness and clarity but by a strangling tightness… rather than the broad, open world we have a closed room.” These texts, then, either conceal or force us into a space we cannot escape, where we come face to face with that deeper, more startling theme, like divers suddenly finding themselves anchored to an iceberg’s vastness beneath the surface. For Gorey, this theme seems to be the inexplicable. “My favorite genre is the sinister-slash-cozy,” he said. “I think there should be a little bit of uneasiness in everything because I do think we’re all really in a sense living on the edge. So much of life is inexplicable. Inexplicable things happen … and you think, if that could happen, anything could happen.”

To be sure, Gorey cautioned against taking his work too seriously, calling this “the height of folly.” And Gorey’s art varied wildly; his decidedly less serious work included a magazine image of a Los Angeles pool party and the cover, in pastel colors, for Mary Rodgers’ Freaky Friday. But his more enigmatic works play with us, trick us, baffle us. Good art often makes us ask questions, makes us confront ambiguities and twilight uncertainties. A text like The Doubtful Guest is funny, yet there’s something scary beneath the surface—what does one truly do with a guest that refuses, absurdly, Kafka-like, to ever leave? Amidst the horror and hilarity, there is something inexplicable in his work that makes it difficult to forget.

And this may be why Gorey’s art seems so timeless, despite being rooted in the iconography of the start of the previous century. It is easy to make the gothic seem hackneyed and overdone, a pseudo-intellectual veneer of “dark” complexity overlaying something simplistic. Gorey’s simple but appealing ghoulish illustrations and deadpan humor subvert that. His texts are terpsichorean, terrible, terrific, containing surprising depths.

Depths aside, Yorick’s head was still knocked in, and poor Zilliah still drank too much gin.

Gabrielle Bellot is a staff writer for Literary Hub. Her work has appeared in The New York Times, The Atlantic, The New York Review of Books, The New Yorker, The Paris Review Daily, The Cut, Tin House, The Guardian, Guernica, The Normal School, The Poetry Foundation, Lambda Literary, and many other places. She is working on her first novel. 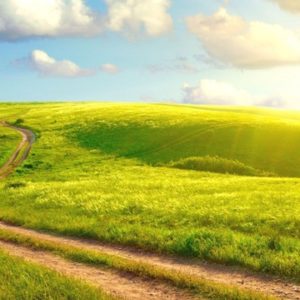 In the sixth year of writing my novel, I stood in the attic of a 16th-century Scottish castle, surrounded by a printout of the manuscript,...
© LitHub
Back to top