TODAY: In 1934, following its acquittal the previous month in United States v. One Book Called Ulysses, James Joyce‘s novel Ulysses is first published in an authorized edition in the Anglophone world by Random House in New York. It has 12,000 advance sales.

Also on Literary Hub: Interview with a Bookstore: At Magic City Books in Tulsa, Oklahoma • The most noir city? Crime fiction on the streets of Belfast • Read from Frankenstein in Baghdad

A Whole New Kind of Obscenity? 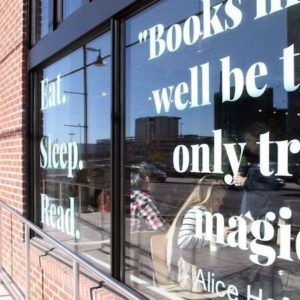 Magic City Books is located in downtown Tulsa and is owned and operated by the non-profit Tulsa Literary Coalition. What's...
© LitHub
Back to top