TODAY: In 1830, the première of Victor Hugo’s play “Hernani in Paris” elicits protests from the audience which sees it as an attack on Classicism.

Also on Lit Hub: “Winter”: A poem from Major Jackson’s collection The Absurd Man • Lessons from interviewing almost 300 authors • Read an excerpt from Pauline Holdstock’s new novel Here I Am!

10 shiny new books you should pick up this week. 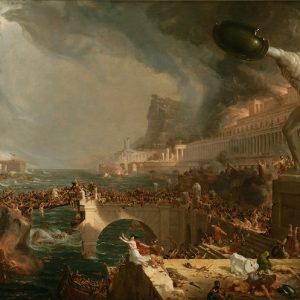 How did everything get so bad, so fast? For young Americans, trust in society and its various institutions is at historical...
© LitHub
Back to top