Also on Lit Hub: Charlie Jane Anders on the perils of world-building on So Many Damn Books • Brit Bennett and Emily Halpern talk writing for the screen on Fiction/Non/Fiction • Simpler times: Janet Malcolm at the Rally to Restore Sanity • “After Carrie Kinsey’s Letter to Theodore Roosevelt,” a poem by Shane McCrae • Read a story from Maryse Meijer’s collection Rag

When the Highest Paid Hollywood Director Was a Woman 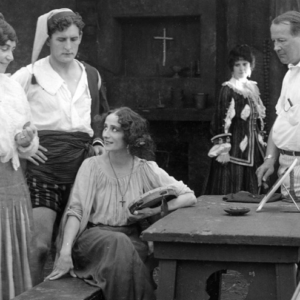 When the Highest Paid Hollywood Director Was a Woman

The director Lois Weber had a habit of signing her films, such that several end with a title card in florid script, “Yours...
© LitHub
Back to top