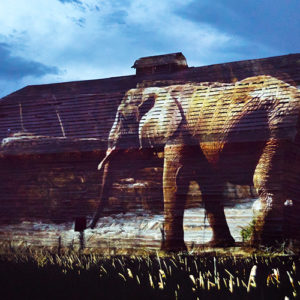 You come upon the elephants slowly—glimpsed while walking down a city street as flickers of color against a building, or as strips...
© LitHub
Back to top