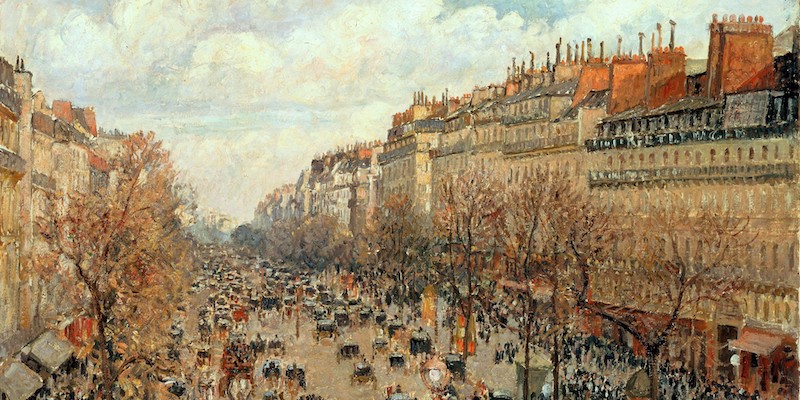 The Ghosts of Literary Greatness That Forever Haunt Paris

From Balzac to Max Jacob, a Pilgrimage to Bygone Genius

Much like the relics of a saint, a selection of objects on permanent display at the Maison de Balzac, a jewel of a museum tucked away down a flight of steps in a pocket of time below street level in the posh Sixteenth Arrondissement of Paris, attest to one man’s single-minded compulsion to milk his mind and tell the story of his moment.

Among the treasures are a set of writing instruments, including a penknife to sharpen the nib, a gift of Balzac’s correspondent-turned lover, and finally, wife, Madame Hańska. Another present of hers, a distinctive cane, graces the same showcase, its turquoise encrusted knob engraved with the coat of arms of his fictional lineage, entwined with a necklace from her childhood. The subject of a book by another admirer, Delphine de Girardin, La Cane de Monsieur de Balzac (The Cane of Monsieur de Balzac), likewise on display, the cane looks so alive you can practically feel the crush of a sweaty palm on its knob and hear it tap in time to the rhythm of a determined stride on an imagined pavement.

In another room a bronze cast of the novelist’s delicate right hand, the knuckles etched with tired wrinkles, ache for a pen.

A place of honor is reserved for Balzac’s cafétière, a white porcelain coffee cup crowning a matching white pot decorated with blood red bands and the monogram HB, the chalice and cauldron that fueled his 15-hour-long, non-stop writing stints, a regimen that produced some 20-plus books, but strained his heart and ultimately hastened his premature demise.

Here, too, is the sturdy legged little writing table, the pulpit of his epic sermon on the foibles of the human comedy. Engraved in its walnut surface a cluster of hieroglyphic-like scratches and grooves, a kind of second script, preserve the fluidity of his caffeine-swift strokes. Balzac paid tribute to his table as one might to a long-suffering lover: “Witness of my miseries, my distresses, my great joys, of everything […] My arms almost wore it down with the weight of my writing.”

Readers of The Three Musketeers and The Count of Monte Cristo will slip into the stone narrative of Alexandre Dumas Père’s storybook castle, which he dubbed the “Château de Monte-Cristo,” preserved as a historic landmark in Port-Marly (Yvelines), just a short RER suburban train ride outside Paris. Designed according to the author’s specifications, the house and grounds, including an ornate Moorish-style sitting room and a free-standing neo-Gothic writing studio surrounded by a mote, reflect his rich fantasy and lavish, over-the-top lifestyle. “When you have the honor of bearing the name of Dumas you live the high life […] and do not refuse yourself any pleasure,” he wrote, true to form, squandering the fortune garnered by his pen. The joie-de vivre of the man is still palpable more than a century after his death in a faded, food-stained menu featuring his favorite concoction, an oyster omelet.

The walking stick is balanced, seemingly haphazardly, as if Monsieur Proust had just left it lying where it fell on the polished rim of the brass bed frame following a late night prowl, before reclining to record his impressions and the maelstrom of memories stirred up by them. The blue bed cover looks freshly slept in. The walls of the cubicle are covered in cork, as was the original bed chamber, to insure silence. The cork, alas, aggravated the author’s asthma. You can practically hear the coughing fits.

The furniture and objects were reassembled for this sacrosanct cubicle in the Musée Carnavelet, in the Third Arrondissement, on the instigation of a friend and admirer, the Countess Anna de Noailles, gathered from the author’s final three residences, at 102 Boulevard Haussmann, 8 bis Rue Laurent Pichat, and 44 Rue Hamelin, in the Sixteenth Arrondissement, where Proust finally gave up the ghost.

The collection includes: an ornate inlaid wooden desk hardly used—Proust wrote in bed—, a bookshelf, a chaise longue for alternative reclining and elbow-propped reading, a carpet, a jade plate, a hand mirror, a monogrammed brush, a tie pin, a silver-plated dish, the aforementioned walking stick, an easy chair, a folding screen, a night table, a lamp, a mirror, various writing utensils, a pocket watch, an agenda, a hair brush, an ebony handled hat brush, another of rosewood, and an ivory shoehorn—in short, all the bare necessities of a writer’s life.

As the desk on display in the reconstituted master bedroom at the Maison Hugo, on the Place des Vosges, in the Fourth Arrondissement, reveals, Victor Hugo wrote standing up. It was here that he composed much of his masterpiece, Les Misérables, at 1,900 pages one of the longest novels ever written. How did his legs hold up, I cannot help but wonder, in the deluge of all those words and the time it took to put them on paper? Did he never grow tired? I imagine him clinging to the carved oak drawer knob of his desk in the shape of a lion’s head, deriving strength from the image of the lion and the fortitude of the oak.

Paris, the City of Light, has its own suburb of darkness. How fitting that I should visit Drancy in search of a faded plaque to a poet’s memory on this dark, rainy Sunday, according to the French calendar, the proverbial Saints de Glace (Ice Saints Days), as per medieval belief and chronometric prediction, the days dedicated to Saints Mamert, Pancras and Servais, traditionally May 11, 12 and 13, when the saints’ names are invoked by farmers to avert the sudden drop in temperature and forestall frost so perilous to crops.

The sky turned an ominous dark gray and exploded in a sudden downpour as the bus pulled into town, clearing up and then clouding over and exploding again, unable to make up its mind.

The u-shaped, prefabricated complex of the Cité de la Muette, a visionary venture in its planning stage, constructed in the 1930s but never completed, was originally intended to lodge factory workers in a perfectly functional, albeit healthy, environment. But the intended residents never moved in. Plans changed. The utopian vision devolved to dystopian ends. From August 1941 thru August 1944, thousands of men, women and children, the poet Max Jacob among them, all of Jewish ancestry, were rounded up by the French police, preempting orders of the Gestapo, and held without adequate food, water or sanitation in a makeshift internment camp, from whence most were deported to death camps in Poland. Following the liberation of Paris, the Cité was briefly used to intern collaborators, before being cleaned up, cleansed of unsavory associations, and refurbished as an Habitation à Loyer Modéré (HLM), a low income public housing project. Many of its present residents are recent immigrants from North Africa who must surely look with a mingling of puzzlement and annoyance at the visitors who come to dig up the unsavory past.

A plaque at the entrance to Stairway 10 marks the spot where Max Jacob died. Paris is plastered with memorial plaques to poets, artists and composers, but this one tugs at the heart strings.

A man of eccentric, often contradictory tendencies, a poet, painter, author and art critic of Symbolist and Surrealist bent, gay, Jewish, alternately charming and cantankerous, Jacob was among the first friends Picasso made in Paris, and an artistic comrade in arms at the Bateau Lavoir, the legendary Montmartre atelier and launching pad of the artistic avant-garde. Following a vision of Christ, he converted to Catholicism and retired to the Benedictine monastery of Saint Benoît-sur-Loire, in Loiret, to commune with God and escape the Nazis occupiers.

Denounced by a collaborator, he was rounded up dispatched to Drancy, where he lay, deathly ill with bronchial pneumonia, for which no medicine was available at the camp. Word got out to influential friends to try and intercede with the German authorities on his behalf. The artist, writer and film maker Jean Cocteau, who had social connections with high-ranking German military, tried in vain to obtain his release. Rumor has it that, when asked to help, his old pal Picasso is said to have replied: “Max is an angel, he doesn’t need my help, he’ll grow wings and fly away.”

Jacob left no mementos at Drancy. I stood staring at the small metal plaque affixed to the wall in his memory, trying to extract meaning, when a little boy came whizzing toward me on a bicycle so that I was obliged to leap aside, incensed at that moment at what I perceived as the desecration of this solemn place. Why did the French state not designate it a historic landmark and leave the Cité de la Muette as an uninhabited hollow husk haunted by ghosts?

But then “The Beggar Woman of Naples,” a prose poem by Max Jacob sprung to mind. In it the near-sighted poet, known for his trademark monocle pinched beneath doubting brow and prominent nose, recalls succinctly how he dropped alms in the basket of a beggar woman in Naples, surprised at never being thanked, until finally he fathomed upon closer inspection that what he had taken for a thankless mendicant was, in fact, a green wooden crate containing a clump of red dirt and a few half rotten bananas.

At that moment the rain stopped, the cloud cover lifted, and the sun came out. The merciful ice saints interceded. Better, I thought, that Drancy not be a depot of rotting bananas, but a place to learn to ride a bicycle.

Peter Wortsman is the author, most recently, of a book of short fiction Footprints in Wet Cement (Pelekinesis, 2017) and a translation Konundrum, Selected Prose of Franz Kafka (Archipelago Books, 2016). He was a Holtzbrinck Fellow at the American Academy in Berlin in 2010. 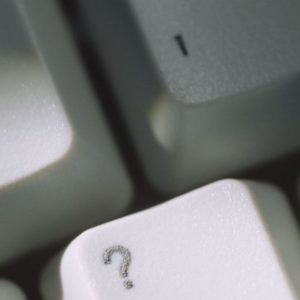 Let’s face it: writing isn’t a natural act. Our ancestors may have started speaking between 50,000 and 2 million years...
© LitHub
Back to top