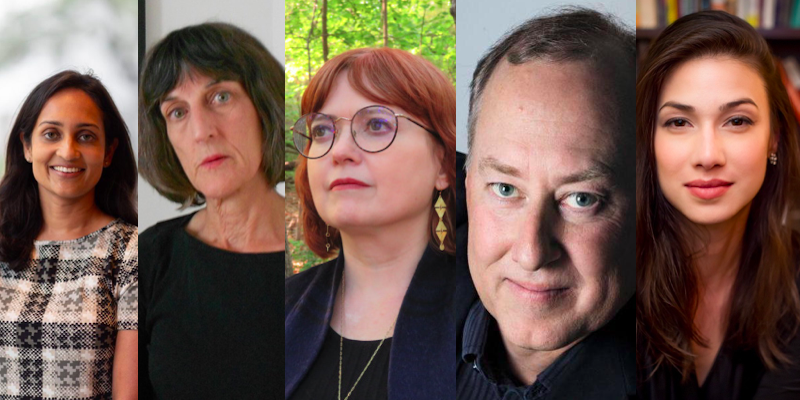 The Lit Hub Author Questionnaire is a monthly interview featuring seven questions for five authors with new books. This month we talk to :

Maud Newton (Ancestor Trouble: A Reckoning and a Reconciliation)

Kathryn Davis: How strange it is to find your 75-year-old self filled with all your other selves, going all the way back to before there even was a self.

Stewart O’Nan: How love both exalts us and makes us do terrible things.

Maud Newton: A lifetime of carrying other people’s stories around like pebbles to soothe myself. Arguments with the Bible in my head. The wrongs of my ancestors and the reverberations of those wrongs in me and beyond. Fear of madness in the blood. A fascination with psychotherapy.

Stewart O’Nan: My muse for Ocean State was the music of Angel Olsen, how she conveys the danger and ecstasy of romantic love but also the pain and isolation—the doubt and estrangement—of not being understood.

Sindya Bhanoo: The eavesdropping I did as a child. Trips to India. A childhood in college towns. The 1980s Tamil blockbusters my parents and their friends passed around. They were VHS cassettes with fuzzy resolution. News stories. My own work as a reporter.

Kathryn Davis: Foreign lands and foreign seas and Beethoven and dachshunds and the extraterrestrial experience at the age of sixteen of seeing that very first foreign movie in a foreign language with subtitles.

Maud Newton: Too much day job, the eternal predicament.

Kathryn Daavis: The death of my husband, the deepening of my oldest friendships, my Jungian/Buddhist analyst, my beloved daughter, the daily walk in Hubbard Park every single morning with my dog Lucy and Ruth’s dog Maisie and Susan’s dog Reilly and Betty’s dog Walnut.

Stewart O’Nan: A suffocating isolation and fear, caring for family members at high risk, but also the guilty pleasure of living in (hiding in?) another, secret, seething world.

Sindya Bhanoo: MFA classes. A tight schedule. Young children hanging off my body. Wonderful teachers, inspiring peers, world-renowned visiting writers. More time to write than I’ve ever had before, and still not enough.

Peng Shepherd: “Not realistic,” “didn’t make any sense,” “too weird.” If you don’t like strange, I’m sorry, my books are not going to be for you.

Sindya Bhanoo: I don’t have too many reviews yet. I do hope reviewers will see what I’m trying to say about the human experience and not just the immigrant or Indian American experience.

Sindya Bhanoo: Something that requires being outside and away from screens.

Peng Shepherd: Singer (NEVER ask me to sing, for the sake of your eardrums).

Maud Newton: I like to think my language is precise. I would love to be able to structure a book as tightly as I can structure a paragraph.

Sindya Bhanoo: Years of newspaper reporting trained me to be efficient and concise. I like to cut to the heart of the story. I’d like to be more innovative with language and perhaps experiment with form. Also plot is tough. Who doesn’t struggle with plot?

Peng Shepherd: I live for the point in every story where the first hint of weirdness creeps in, and the characters and reader notice with a creeping chill that the world is suddenly tilted three degrees to one side at the same moment. I’d like to get better at plot. How many discarded pages I could save if I could just plot first!

Kathryn Davis: Sentences, paragraphs, transitions—language, really. Though the older I get the more I feel like plot (that element I used to think was of less interest and hence my weak suit) is so inextricably bound up in those other elements as to make it impossible for me to see the difference.

Stewart O’Nan: I think I’m good at letting readers get close to my characters and letting them make up their own minds about them. I wish I were funnier and better at moving time in the present tense

Kathryn Davis: I hope what I’m writing is interesting to some people, and that the people to whom it isn’t interesting find something else to read that interests them. Life is too short to read anything that doesn’t interest (or, really, fascinate) you. If I didn’t think what I was writing was interesting, I’d be doing something else. Playing the piano, maybe. Badly.

Peng Shepherd: I don’t think about it at all when I’m in the draft. After it’s finished, I think about it entirely too much—but by then it’s already too late!

Maud Newton: On a good day, I remember the true flame of the thing I want to write about and work toward that.

Sindya Bhanoo: It does not matter, the stories are now there to be found by whoever wants them, whoever needs them. Publishing makes the writer’s work accessible to readers and for that I am grateful. Publishers polish, package, and promote. I felt that my characters had stories worth documenting. Now their stories are part of the larger record and people will find them when the time is right.

Stewart O’Nan: By taking that as a given, but also remembering that, as a lifelong reader, books have moved me and deepened the way I see people and the world. The hope is that you can show the reader (and the world) something you think is important they may have overlooked

Helen Thompson: Is Vladimir Putin Returning the World to the Hard Times of the 1970s? 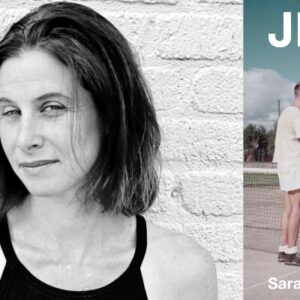