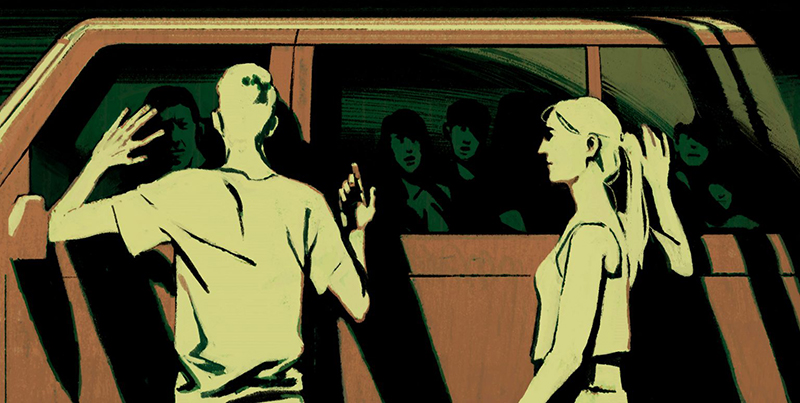 In this episode, Lisa Lee Herrick challenges the resurgence of dangerous historical frames of race and belonging in the wake of COVID-19.

For the first time, we stayed home during the Lunar New Year. It felt strange not to be at our favorite restaurant on Grant Avenue in San Francisco’s red lantern–lined Chinatown, clinking our porcelain teacups and biting into ingot-shaped, juicy pork-and-cabbage pot stickers dipped in white vinegar for good money fortune. This year we did not pull the long-life noodles from the family plate for good health or spoon flaky fillets of milk-white steamed fish with ginger and sesame oil to symbolize the forthcoming abundance in the New Year. On January 19, just the week before, a thirty-five-year-old man returned to Washington State after visiting family in Wuhan, China, and officially became the first US recorded case of infection by the novel coronavirus, which causes COVID-19. Thousands of travelers from around the world were already en route to descend upon downtown San Francisco for the annual Chinese New Year Parade and street festivals, and out of an abundance of caution, we canceled our annual tradition—our first family meal—and forwent all the good-luck talismans used for properly welcoming the Year of the Rat.

Instead of loading up the car with my husband and daughter, I called my parents and told them about the global situation—the emerging pandemic. As refugees from Laos, they know transnational conflict firsthand: They still remember the way the rations dwindled in Ban Vinai until each family received only one cup of rice between them. They still remember how hunger gnawed at their minds, how it invaded their dreams and seeded despair that later fruited into madness. They remember how tuberculosis ravaged the camps, how bloody sputum was crusted on soiled sheets inside the medic tents, where you witnessed more death all around you than you could bear. They calmly absorbed my rising panic and waited for me to catch my breath.

“Do you have enough rice?” my parents interrupted. Yes.

“Do you need more food? Come over and pick some up,” they said. I can’t come over.

“This is nothing compared to what we went through,” they said. “You still have clean water and toilets.”

I know I have nothing to really complain about, only the fear of dying suddenly—unexpectedly—like everyone else.

“Have you talked to your siblings?” they asked.

My siblings: I worry for them the most, because they are the medical frontline workers who are desperately needed to intervene in the emergency wards.

My brother is a Stanford School of Medicine–educated anesthesiologist who, as a young boy, enjoyed solving puzzles: he took apart all the appliances in my parents’ house, then put them together again, and he doodled undulating human figures with interlocking loops and spirals. For my brother, the body is a puzzle—a soft clockwork squeezing with morphological precision—and he is the engineer who fine-tunes its frayed edges to make a person whole again. This was his response to the Asiana Airlines Flight 214 crash at SFO on July 6, 2013: he gathered the shredded passengers, bones splintered into jagged sharks’ teeth, and cooled their charred flesh; he felt life quivering in his hands like a captured bird. At his graduation from medical school the following year, he told me that his mind had split that day at the crash site—resolve divorcing despair—the only way to quickly move on without collapsing.

My sister is a hospice nurse who eases the passing of the terminally ill—the hopeless, the waiting, the quick, the inevitable. Throughout our childhood her heart was always exposed, warm-beating, a beacon that welcomed strays: the animals would sneak through the back gate like thieves, paw the front door and jump the fences, their padded feet drumming the roof each night. They only ever wanted her: she brushed the burrs and knots from their matted fur, shared their fleas, and they became tame in her care. That is who she is: she is a pain eater, a person who makes the fearful world softer because she touches the wound.

I cry myself to sleep some nights now, wondering when I will see them again in the same room, and if the last time we ate together was the final time. My sister-in-law told me that she and my brother have already discussed what they will do, as a young family of three, when he gets infected at work. Not if, but when. My sister texted me that her clinic has been prepared for weeks, and she assures me that they have enough personal protective equipment (PPE). But I lay awake in bed, past the witching hour, imagining constellations on my popcorn ceiling forming the outlines of their faces. Yet, off duty, my siblings will be reviled and resented because they are Asian. I remember holding them in my arms when they were newly born and falling in love—marveling at those tiny hands that would perform miracles someday. I cannot stand the idea that someone might point their finger and seethe, “You did this to us.” That someone would attack them while they were out buying a dozen eggs, walking to their car, or simply standing on the sidewalk. And what would I do to the person who dared hurt them?

I lay here in the dark, waiting for my eyes to adjust to the shadows, inside a storm of even blacker thoughts.

Lisa Lee Herrick is a second-generation Hmong American writer, artist, and media specialist who helped produce the film, The Hmong and The Secret War, now available at PBS.org. She is a former television executive and award-nominated news journalist, and a founding member of the LitHop literary festival. Her essays and illustrations have been featured on or are forthcoming from The Rumpus, Food52, The Normal School, and others. She is writing a family memoir about the inheritance and aftermath of trauma, a cookbook, and two graphic novels.

Emily Nemens on Baseball and the Geological History of Place 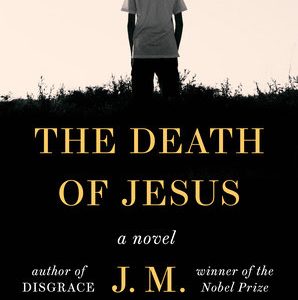 Now and then, after supper, the boy will command the two of them to sit down on the sofa ("Come on, Inés! Come on, Simón!")...
© LitHub
Back to top