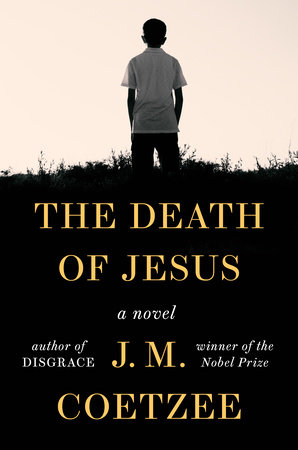 The following is excerpted from J. M. Coetzee's new novel, The Death of Jesus. Coetzee won the Nobel prize for Literature in 2003 and is the author of twenty-three books, which have been translated into many languages. He was the first author to be awarded the Booker Prize twice, first for Life & Times of Michael K and then for Disgrace. A native of South Africa, he now lives in Adelaide, Australia.

Now and then, after supper, the boy will command the two of them to sit down on the sofa (“Come on, Inés! Come on, Simón!”) and enact for them what he calls un espectáculo, a show. These are the occasions when they feel closest as a family and when the boy’s affection for them expresses itself most clearly.

The songs David sings in his espectáculos come from the class in singing he takes with señor Arroyo. Many of them are Arroyo’s own compositions, addressed to a tú who may well be Arroyo’s deceased wife. Inés does not think them appropriate for children, and he tends to share her  reservation. Nonetheless, he  reflects, it must buoy Arroyo’s spirit to hear his creations given body in such a pure young voice as David’s.

“Inés, Simón, do you want to hear a mystery song?” says the boy on the evening after Fabricante’s visit. And with unusual urgency and force he raises his voice and sings:

“I sang it for Juan Sebastián today. I was going to sing another song but when I opened my mouth that one came out. Do you know what it means?”

He repeats the song slowly, articulating the strange words with care.

“I have no idea what it means. What does señor Arroyo say?”

“He doesn’t know either. But he said I must not be afraid. He said, if I do not know what it means in this life, I will find out in the next life.”

“Did he consider,” says he, Simón, “that the song may come not from the next life but from your previous life, the life you had before you stepped on board the big boat and crossed the ocean?”

The boy is silent. That is where the conversation ends, and with it the evening’s espectáculo. But the next day, when he and David are alone, the boy returns to the subject. “Who was I, Simón, before I crossed the ocean? Who was I before I began to speak Spanish?”

“I would say, you were the same person you are today, except that you looked different and had another name and spoke another language, all of which was washed away when you crossed the ocean, along with your memories. Nevertheless, to answer the question Who was I?, I would say that, in your heart, at your core, you were yourself, your one and only self. Otherwise it would make no sense to say that you forgot the language you spoke and so forth. Because who was there to do the forgetting save yourself, the self you guard in your heart? That is how I see it.”

“But I did not forget everything, did I? In diesem Wetter, in diesem Braus—I remember it, only I don’t remember what it means.”

“Indeed. Or maybe, as señor Arroyo suggests, the words come to you not from your past life but from your next life. In that case it would be inaccurate to say the words come from memoria, memory, since we can only remember things that are past. Instead I would call your words profecía, foretelling. It would be as if you remember the future.”

“No, alas, I remember nothing at all, past or future. Compared  with you, young David, I am a very dull fellow, not exceptional at all, in fact the very opposite of exceptional. I live in the present like an ox. It is a great gift to be able to remember, whether the past or the future, as I am sure señor Arroyo would agree. You should keep a notebook with you so that you can write things down when you remember them, even if they make no sense.’ ‘Or else I can tell you things that I remember and you can write them down.”

“Good idea. I could be your secretario, the man who records your secrets. We could make a project of it, you and I. Instead of waiting for things to come into your mind—the mystery song, for instance—we could set aside a few minutes each day, when you wake up in the morning or last thing before you go to sleep, as a time for you to concentrate and try to remember things from the past or the future. Shall we do that?”

The boy is silent.

Behind the Mic: On More Myself by Alicia Keys, Read by the Author and a Celebrity Cast 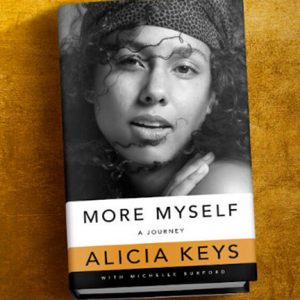 Behind the Mic: On More Myself by Alicia Keys, Read by the Author and a Celebrity Cast Every Monday through Friday, AudioFile’s editors recommend the best in audiobook listening. We keep our daily episodes...
© LitHub
Back to top