Dormant in their sealed sachet, the eggs wait in suspended animation. “They are real time-travellers,” reads the accompanying brochure, “asleep in biological time capsules for their strange journey into the future!”

It’s day 16 of self-isolation and I’m weeping at an Original Sea-Monkeys® leaflet.

A type of crustacean related to lobsters, crabs and krill, Sea-Monkeys are brine shrimp rebranded. Their scientific name, artemia nyos, honors the New York Ocean Science Laboratory where they were hybridized in the late 1950s by a marine biologist and a toy mogul. Throughout the 1960s and 70s, Sea-Monkeys were advertised in comic books and sold via mail order. I never had them as a kid in the 90s but, in 2019, I was gifted a kit for Christmas. I put it in the linen closet and promptly forgot it.

In the wild, brine shrimp—artemia salinas—live in salt lakes and evaporation flats, where they turn flamingos pink and their unhatched eggs can survive for months, sometimes years, without water. (Sounds like my twenties.) This metabolic rest is known as “cryptobiosis,” which means “hidden life.” (Sounds like 2020.)

I come across my Sea-Monkeys kit one afternoon during lockdown. “Through your willingness to explore the unknown,” goes the brochure, “you have stepped across the threshold of tomorrow’s science … TODAY!” With its hyper-color illustrations and hyperbolic sales pitch, it reads like a vestige of mid-century kitsch.

But in light of the global pandemic, Sea-Monkeys also strike me as eerie vectors of humanity in a holding pattern: eating, growing, shedding their exoskeletons, mating, fighting and dying in the confines of a plastic Zooquarium®. Full of ancient wisdom and salty secrets, what can Sea-Monkeys teach me about sleep, resilience, anthropomorphism, and hope in the time of Covid-19?

A Sea-Monkey kit contains everything you need to create life under conditions found in the average home. I don’t believe an average anything exists anymore, but I read the instructions multiple times and methodically lay out the packets enclosed. They look like KFC wet wipes, but they’re labeled “Water Purifier,” “Instant Life® Eggs” and “Growth Food.” On day 16 of self-isolation, I fill the Zooquarium with filtered water, add the purifier, and wait.

Brine shrimp haven’t evolved much since the Triassic period, about 200 million years ago. In 2016, the International Journal of Aquatic Science suggested that the first documented report of artemia appears in the Persian language text Al-Masalik wa Al-Mamalik (Roads and Kingdoms, الممالكوالمسالك). It was written early in the 10th-century AD by Iranian travel writer and geographer Estakhri, who called a Lake Urmian brine shrimp an “aquatic dog.”

Now everyone’s baking during self-isolation, and Sea-Monkeys are my sourdough starter.

On day 17 of self-isolation, I add the Instant Life® Eggs. The clear water turns cloudy yellow, with streaks of blue dye winding past clumps of fizzy borax and soda. It’ll take another day or two for the eggs themselves to hatch, assuming they respond to their new habitat. For now, they keep sleeping.

Brine shrimp aren’t the only organisms that experience cryptobiosis. Some spores, insect larvae and cysts will enter a period of indefinite rest when they’re frozen, deprived of oxygen, or desiccated—a word I’ve only heard, until now, used in association with coconut. (I’ve made four cakes this past fortnight). The Sea-Monkey handbook even claims that grains once sealed in the tombs of Egyptian pharaohs have sprouted again after 2000 years in solitude.

While the nostalgic myth of “mummy wheat” has largely been debunked, last year an archaeologist, a microbiologist, and an amateur gastroegyptologist extracted yeast from 4,500-year-old pottery. Using hand-milled barley and an ancient strain of wheat, they successfully baked a loaf of bread.

Now everyone’s baking during self-isolation, and Sea-Monkeys are my sourdough starter: something alive in my kitchen that I had no interest in last month; proof that humans can nurture themselves and something faceless simultaneously. They are analogue hobbies from a sensory world, sent to help us pass the time. Their bodies remember more than I’ve already forgotten, like why I walked into the living room, and what I was going to say.

Picturing my future colony makes me feel capable, like a wholesome Victor Frankenstein, or aspirational Salacia, stirring life from stasis to prove that—good morning—I, too, am alive, and I will not be a parasite. Maybe we were made for each other?

Maybe everything that dies, someday, comes back.

Can a Sea-Monkey eat its own tail? Time will tell.

On day 22 of self-isolation, I watch my shrimpy children scoot around their Ocean-Zoo®. They’re still so small it’s hard to distinguish them from dust in the water, but when they move, they’re jittery, staccato, like they’re swimming at a different frame rate to the floaty flecks of skin and food. Like they’re buffering.

Best case scenario: four to ten weeks after reawakening, my Sea-Monkeys will reach adulthood, though the “product and colors may vary from those pictured,” warns the label. “Illustration is fanciful.” Miniscule swimmers about the size of ants, my brine shrimp won’t grow into the happy, humanoid merfamily shown in the brochure, still sporting its original comic book look.

Call it 21st-century cynicism but I’m not surprised by this prospect—though, apparently, some mid-century customers were. I find that naivety kind of comforting now, when I picture a simpler time.

Sea-Monkeys can virgin birth just like Mother Mary, and the raptors in Jurassic Park.

Still, artemia nyos do grow larger and, according to the handbook, live longer than their free-range cousins. A mature female Sea-Monkey can reach almost an inch in length (the girls get bigger than the boys but they’ll never smash the spirulina ceiling that forms atop the water). If human babies grew at the same scale, says the leaflet, “YOU might be 200 FEET or 60 METERS TALL.”

While Sea-Monkeys do procreate, females can also self-conceive, no sperm necessary. Through a biological process called “meiotic parthenogenesis,” Sea-Monkeys can virgin birth just like Mother Mary, and the raptors in Jurassic Park. What’s more, because of the way artemia nyos were hybridized, self-cloning Sea-Monkeys are said to produce offspring that are resistant to the genetic defects associated with interbreeding. (This seems like the least worst time to mention that von Braunhut was a Jewish neo-Nazi.)

Worst case scenario: should a devastating health pandemic wipe out all the world’s brine shrimp bar one last woman, Ms. Omega Monkey could, theoretically, respawn the global Instant Pet populace, if she wanted to. “Summed up,” says the brochure, “Sea-Monkeys have evolved a most extraordinary tenacity for life.”

A thousand miles above Earth, “Moon River” plays in the Space Shuttle Discovery. It’s a wake-up call from NASA, and the song was picked especially for the world’s oldest astronaut, Democratic senator John Glenn. Aged 77 years and 103 days, Glenn entered low Earth orbit in October 1998, along with six other humans and 400 million Sea-Monkey eggs, asleep—but not for long—on mission STS-95.

Glenn and his eggs charted 3.6 million miles, subjected to weightlessness, radiation and other hazards of space travel. After nine days of that shit, the Shuttle returned safely to Earth, and the Sea-Monkeys hatched eight weeks later, likely unaware of their Kármán line ride-along. At the same time, in rural South Australia, there’s 10-year-old me glued to re-runs of The Amazing Live Sea Monkeys, acquiring my taste for breathtakingly weird television, and anything that seems out of time, out of place.

Last year I was surprised to learn that “nostalgia” is a modern word. A Swiss psychiatrist invented it in 1688 to describe soldiers’ psychic wounds. Combining the Ancient Greek nostos (returning home) and álgos (pain), it was a kind of wartime melancholy, longing for the motherland.

On day 29 of self-isolation, “home-sickness,” to me, means too much fluorescent light and screen time. Not enough water. I peer out my porthole to an infinite scroll of motivational quotes and sourdough. I’m much more partial to idea of “anemoia”—nostalgia for a time I’ve never known.

Picking up the plastic Zooquarium, the water inside starts to whirl. I hold it to the light and watch my Sea-Monkeys swim against the current. The magni-view windows help me see them in detail, and I can almost make out their three twiddly antennae, just like the fanciful branding promised. Some people say anthropomorphism is dangerous because it gives lay folk unrealistic ideas about animal behavior, which is true, but isn’t it also a cousin to hope?

Cryptobiosis is not the same as sleep, nor hibernation, nor sheltering in place, nor balancing the phone between your shoulder and your cryogenically frozen head while you progress in the queue because your call is important to the Department of Human Services. After 45 minutes of hold music, the line spontaneously drops out.

When all this is over, we can’t return to our original metabolic state, to our wistful idea of home, to regularly scheduled programming. You can’t step in the same Zooquarium twice. But cryptobiosis does help me see how time shifts differently for everyone—monkeys fighting against the tide, or surrendering to rest.

Aimee writes cultural criticism and creative nonfiction. She's the small screens editor at The Big Issue and pop culture columnist at The Lifted Brow. Her work appears in Little White Lies, The Guardian, Kill Your Darlings, Overland, Meanjin and more.

Our Personalized Quarantine Book Recommendations, Round 7 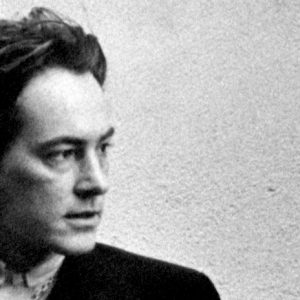 Remembering Michael McClure, Poet, Teacher, Friend Michael McClure, who passed away on May 4 at the age of 87, is being memorialized as “a beat poet,” which overlooks a lot about...
© LitHub
Back to top