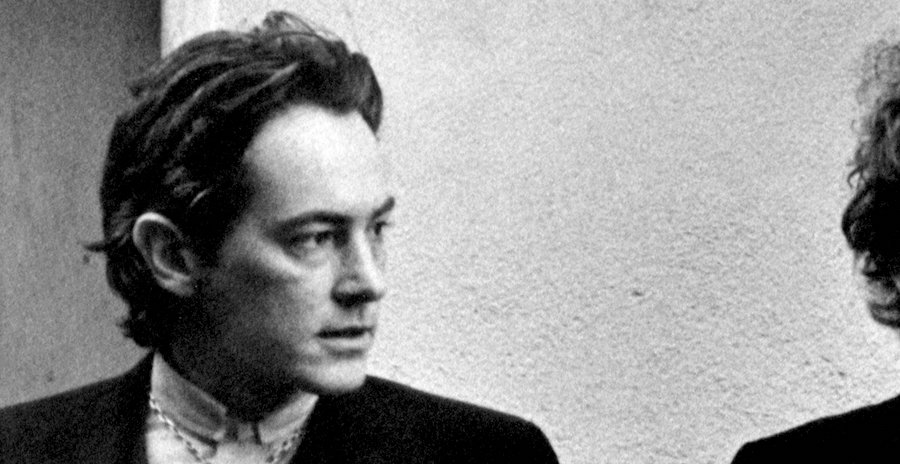 Rebecca Solnit on an Icon of West Coast Poetry

Michael McClure, who passed away on May 4 at the age of 87, is being memorialized as “a beat poet,” which overlooks a lot about who he was and what the 1950s in San Francisco were and generally sells him short. A dashing man (a reading I attended at which someone didn’t want to praise him as a poet praised him as “the handsomest poet of his generation”) and a very famous figure at the point in his life when he was writing songs for Janis Joplin and hanging out with Bob Dylan, he could have been almost anything he wanted. What was striking about the personal tributes I saw to him on social media, as soon as the news reached us here in the San Francisco Bay Area where he spent almost his entire adult life, was how often they praised his kindness, warmth, and generosity.

He also had one of the most beautiful reading voices I have ever heard, a little worldly and knowing, but also warm with a sort of vibrato even when he spoke in conversation that most people only achieve through sound engineering and amplification. In his readings, he gave each word time to resonate before he moved on to the next, but the flow of words also rose in intensity and shifted in tone, so that the sound was narrative even when the words were not. In the 1990s and the 2000s, he performed with Ray Manzarek, who had been the keyboard player and musical mind behind the Doors, until Manzarek’s death in 2013, which made him more or less a successor to the rock star Jim Morrison.

So he was a quasi-rock star in his old age and in his youth once read poetry at the lion house at the San Francisco zoo, and the lions roared back. His poetry was made of short lines centered, so that each poem stood like a doweled column, full of exclamations and exclamation marks, lines in all caps and words that stood for noises—often for roaring and animal noises. Perhaps some can be seen as the equivalent of a musical score, more full of sounds than words. His most constant subject was the natural world, from which he took endless inspiration: animals, including small and primitive ones as well as lions and birds, natural processes and systems. In his book Meat Science Essays, he begins an essay on revolt with a consideration of flatworms and planaria—“the first higher beasts”—so that evolution was a kind of morphological revolution. In one of his early poems, recounting a peyote trip, he wrote,

There is no time. I am visited by a man
who is the god of foxes
there is dirt under the nails of his paw
fresh from his den.
We smile at each other in recognition.

McClure moved to San Francisco in 1954, hoping to study abstract-expressionist painting with Mark Rothko and Clifford Still, but moved over to San Francisco State University to study poetry with Robert Duncan instead. Duncan, who as an out gay man was a full-on revolutionary in that era, was part of what gets called the San Francisco Renaissance in poetry, a group of loosely associated, stylistically and socially rebellious poets including Jack Spicer, Helen Adam, with Kenneth Rexroth a sort of avuncular figure older than the rest. Rexroth presided over what is the most famous event of this milieu, the Six Gallery reading in 1955 usually remembered for Allen Ginsberg’s first reading of “Howl.”

Michael McClure helped transform the culture. He was an opener of doors and a builder of bridges.

But five other poets read that night, and just as you can configure the poets of the era in other ways than as “the beats,” so you can trace other threads in the moment. Philip Whalen, Philip Lamantia, Gary Snyder and McClure read, and the last two read poetry that prefigured the rising west-coast environmental consciousness as much as anything. One of Michael’s was about a massacre of killer whales he had read about in the news. He was friends with most of the artists who ran the Six Gallery as a co-op and it was he who initiated the event, though Ginsberg who organized it. He was 22 and it was his first reading.

McClure had become part of a community of adventurous visual artists, poets, and musicians. It was an interdisciplinary era in which the improvisational freedom of jazz and abstract expressionist painting were huge influences as were psychedelic drugs, esoteric traditions, and a milieu in which close friendships were important creatively and otherwise, in an era of little to no support for these west coast rebels.

OH BREAK UP THE FORMS AND FEEL NEW THINGS

was a line in the middle of another of his early poems, “For Artaud.”

Those young and scruffy experimentalists often took charge of publishing and producing events and exhibitions for lack of outside venues. McClure was close to the artist and impresario Wallace Berman, whose tiny hand-press magazine Semina was one of McClure’s first places of publication, and he later provided the words for many collaborations with the artist and filmmaker Bruce Conner, who he’d known since their high school days in Wichita.

Which is to say, he wrote poetry, he performed, but as a friend of artists, a bridge between rock and roll and something more esoteric and avant-garde, an early experimentalist with psychedelics, a writer of avant-garde paeans to pop culture figures, and an environmentally minded writer when that was still a rare thing, he was one of the figures who shifted the culture and found new channels for it to flow in. To be an artist on the west coast was in many ways to be marginal in that era, but those artists on the margin were inventing new centers, new ways of being, new songs and visions.

In the late 1950s he was a resident of the 2322 Fillmore building when its four apartments were all occupied by artists and poets, including the painter Jay DeFeo whose monumental painting “The Rose” was painted there over several years (and grew so large it was removed by crane in a dramatic event that Bruce Conner turned into an elegiac film, a still of which became the cover of my first book, for which McClure was a major source; McClure dedicated at least one poem to DeFeo). Around the end of the 1950s, he picked up from his job at a boxing gym the phrase “rat bastards” that his friend Bruce Conner liked so much he created The Rat Bastard Protective Society, whose acronym was a joke about the Pre-Raphaelite Brotherhood and a riff on the Italian-American anarchist garbage collecting agency, the Scavengers Protective Association, and participated in some events with that small gang of artists.

He could be called a Rat Bastard, a beat, a member of the San Francisco Renaissance group of poets, a psychedelic poet, a friend of outlaw bikers, an environmental visionary, a rock star, a writing teacher, a husband, a father, and he had a famous turn as a playwright when his first play, The Beard (in which Jean Harlow and Billy the Kid meet in a blue velvet eternity), was censored, though it was Josephine the Mouse Singer that won an Obie. Years later he said of that play, “what sparked the writing of it—I was in an airplane on the way to Los Angeles and I was looking at a copy of The Ring magazine which was a boxing magazine in those days, and I looked at a poster reproduced in the magazine, a sort of classical 50s and 60s American boxing poster, and that boxing poster showed the two opponents, a photograph of each of the opponents on each side of the poster and it would say, like, “Ali versus Frazier – Big Fight – Madison Square Garden,” so on and so on—(a) very large poster like that, and, while I was looking at that poster on the airplane, I saw Billy the Kid and Jean Harlow on the poster, and I saw a whole new poster with Billy the Kid and Jean Harlow on it, and I saw the text of the poster in Beast language, or a language that I called Beast language, which was an invented language for writing sound poetry.” He was so taken with the way that boxing posters were printed that he used the same printers to publish the poster for the play and a number of poems, using the same fonts, paper stock, and wonderfully smeary ink in reds and blues reminiscent of tattoos. This melding of arcane, avant-garde and pop culture was common in his circle, though he carved his own path through the possibilities; it was insurrectionary then, in ways that may be hard to see now.

Michael McClure helped transform the culture. He was an opener of doors and a builder of bridges. I am not sure how well he will be remembered in decades to come, but I have learned that some stand alone as stony monuments for all to see and some compost into the soil from which new life grows, and I suspect that as a teacher, a friend to many, and a poet he is of the latter strain. I feel lucky to have known him and to have seen him read (and roar and recite at length from memory) so many times over the decades.

The following are from Michael McClure’s Of Indigo and Saffron: New and Selected Poems

I wanted to turn to electricity — I needed
a catalyst to turn to pure fire.
We lied
to each other. Promises
are lies. Work is death. Contracts are
filth — the act of keeping them
destroys the desire to hold them.
I forgive you. Free me!

Taken from Of Indigo and Saffron: New and Selected Poems by Michael McClure, used with permission and published by University of California Press.

How Harry Houdini Became the Champion of Mother's Day 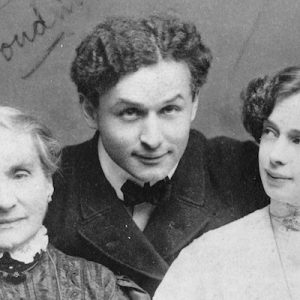 How Harry Houdini Became the Champion of Mother's Day

The year was 1926. The year that brought the births of Harper Lee, John Coltrane, and Hugh Hefner, along with the deaths...
© LitHub
Back to top