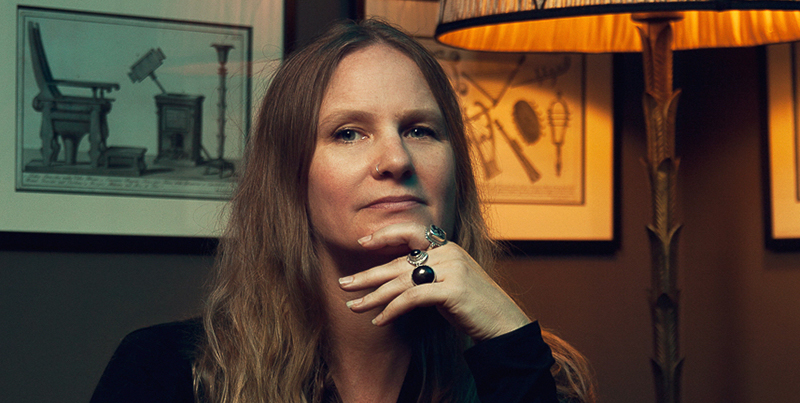 This week on The Maris Review, Lidia Yuknavitch joins Maris Kreizman to discuss her story collection, Verge, out now from Riverhead.

On what to do when life gets overwhelming:

Lidia Yuknavitch: I’m going be 57 this summer, and I’m starting to get the tiniest bit better at trying to stop every day and look at something briefly that somebody else might miss and just stand and recognize that it’s beautiful. Not gallery beautiful or celebrity beautiful, but that small, more Buddhist idea of the tiny, seemingly inconsequential, beautiful. If we lose that, man, we’re screwed.

On where our love for books come from:

Maris Kreizman: I love how one of the themes that runs through so many of these stories is that books actually do provide an escape.

Lidia Yuknavitch: Not subtle there, am I?

Maris Kreizman: I hate to do that more than ever kind of thing, but I find that to be increasingly true.

Lidia Yuknavitch: Oh, I agree with you. I mean, if we can be blunt about it, and this is true globally, but right now, in particular in America, we’re edging closer to book burning phase in terms of what’s transpired in our country and how quickly it’s transpired. I’ve often had dinners and wine with friends where we talk about how part of our love for books comes from the idea that so far we can still remember them burning. In that sentence and in that idea is its other, which is that you can still hold them in your hands.

Lidia Yuknavitch: And you can still feel like you leave one reality and enter another.

On the fact that it’s okay to fuck up:

Maris Kreizman: Tell me a little bit about having empathy for the more fucked-up people amongst us.

Lidia Yuknavitch: Well, I’ve been that. I’m not shy about talking about addiction. I’ve been in lockdown in psych wards. I’ve been arrested. I’ve sat in a jail cell. I’ve made spectacular mistakes in my life. I have a DUI. I very nearly killed myself and the other person in a head-on collision. I’ve several marriages that went bust. I have a trail of long-term relationships with women where I fled. And again, like legions of other people coming from rough beginnings in terms of abuse, I think it just fractures some of us in a way that makes us unable to step into the storyline like other people. My empathy partly comes from having been it, and then just this question that lives in my heart, which is: What have you done today? What if somebody put a flashlight on your mistakes? What would that look like? Would you be as beautiful? Would you be as righteous? Because I’ve been exposed before.

Lidia Yuknavitch: Just being ordinary human default. We tend to fuck up. We tend to throw up. That doesn’t make us ugly. That makes us human.

Lidia Yuknavitch is the nationally bestselling author of the novels The Book of Joan, The Small Backs of Children, and Dora: A Headcase, and of the memoir The Chronology of Water. She lives in Portland, Oregon. Verge is her first story collection.

Heart Berries by Terese Marie Mailhot · Cleanness by Garth Greenwell · On Earth We’re Briefly Gorgeous by Ocean Vuong · There, There by Tommy Orange 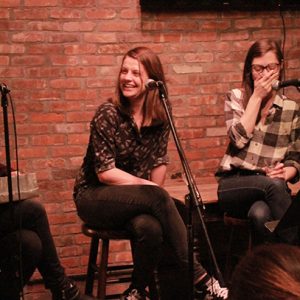