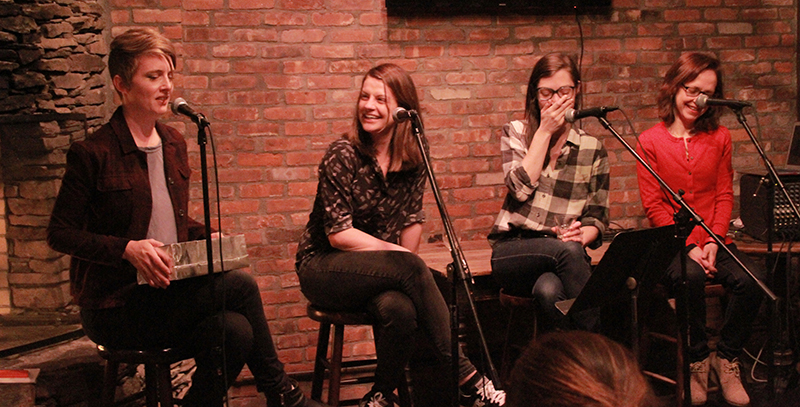 This week, the podcast features the reading and panel discussion from the LIC Reading Series event on May 9, 2017, with Megan Abbott (Give Me Your Hand), Julie Buntin (Marlena), and Sarah Gerard (Sunshine State). Listen to this week’s readings!

Megan Abbott: I think everything is difficult to write. There are some things you don’t want to live in that long. There are certain subjects I wouldn’t want to have a whole book on. When you write crime novels, it is inevitable that sexual assault comes in. But if you’re going to live in that world for so long and it’s choice you make, do I want to be there? Do I want a book about torture? Do I want to spend two years with this and that? I think that’s the harder choice. But in the end, once you’re in it, it is all hard if it is working at all, I think.

Sarah Gerard: I recently decided that I have to write about my friend’s murder, and she was murdered last September. Immediately when it happened, I was following the story with obsessive concern. I had decided immediately that I was gonna write about it. Then I just looked at the amount of work that it would take, and I started to question why I even wanted to do this in the first place. I just put it down for six months until recently, when I had drinks with a friend of mine who’s a staff writer at the Guardian and she was like, no, you should probably write about this. I’ve recently decided that I’m writing about this, but I decided to give myself as long as it takes, because I have to follow the trial and I have to interview everybody who ever knew her. It’s going be hard for the reason that you say. I can’t rush it, and it’s also not a lucrative endeavor. You know, I have to live while I do this.

Megan Abbott is the Edgar-winning author of the novels Die a Little, Bury Me Deep, The End of Everything, Dare Me, You Will Know Me, and The Fever. Her most recent book is Give Me Your Hand. Her writing has appeared in the New York Times, Salon, the Guardian, Wall Street Journal, the Los Angeles Times Magazine, and The Believer. Her stories have appeared in multiple collections, including the Best American Mystery Stories of 2014 and 2016. Her work has won or been nominated for the CWA Steel Dagger, the International Thriller Writers Award, the Los Angeles Times Book Prize, and five Edgar awards.

Formerly a staff writer on HBO’s David Simon show, The Deuce, she is now co-creator, executive producer and show-runner of Dare Me, based upon her novel, for the USA Network and, internationally, Netflix. Born in the Detroit area, she graduated from the University of Michigan and received her Ph.D. in English and American literature from New York University. She has taught at NYU, the State University of New York and the New School University. In 2013-14, she served as the John Grisham Writer in Residence at Ole Miss. She is also the author of a nonfiction book, The Street Was Mine: White Masculinity in Hardboiled Fiction and Film Noir, and the editor of A Hell of a Woman, an anthology of female crime fiction. She has been nominated for many awards, including three Edgar Awards, Hammett Prize, the Shirley Jackson Prize, the Los Angeles Times Book Prize and the Folio Prize.

Julie Buntin is from northern Michigan. Her debut novel, Marlena, was a finalist for the National Book Critics Circle’s John Leonard Prize, translated into ten languages, and named a best book of the year by over a dozen outlets, including the Washington Post, NPR, and Kirkus Reviews. Her writing has appeared in the Atlantic, Vogue, the New York Times Book Review, Guernica, and elsewhere. She has received fellowships from Bread Loaf and the MacDowell Colony, and is an editor-at-large at Catapult. Her novel-in-progress is the winner of the 2019 Ellen Levine Fund for Writers Award. She teaches creative writing at the University of Michigan.

Sarah Gerard is the author of the essay collection Sunshine State, which was longlisted for the PEN/Diamonstein-Spielvogel Award for the Art of the Essay, and the novel Binary Star, which was a finalist for the Los Angeles Times Art Seidenbaum Award for First Fiction. Her short stories, essays, interviews, and criticism have appeared in the New York Times, T Magazine, Granta, The Baffler, Vice, and the anthologies Tampa Noir, We Can’t Help it if We’re From Florida, and One Small Blow Against Encroaching Totalitarianism. She lives in New York City with her true love, the writer Patty Yumi Cottrell. 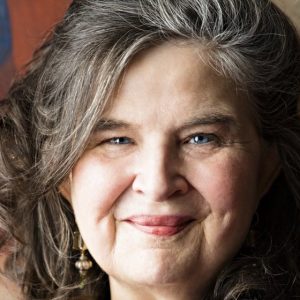 Honor Moore, author of The Bishop’s Daughter, The White Blackbird, and three poetry collections, is on the graduate writing...
© LitHub
Back to top