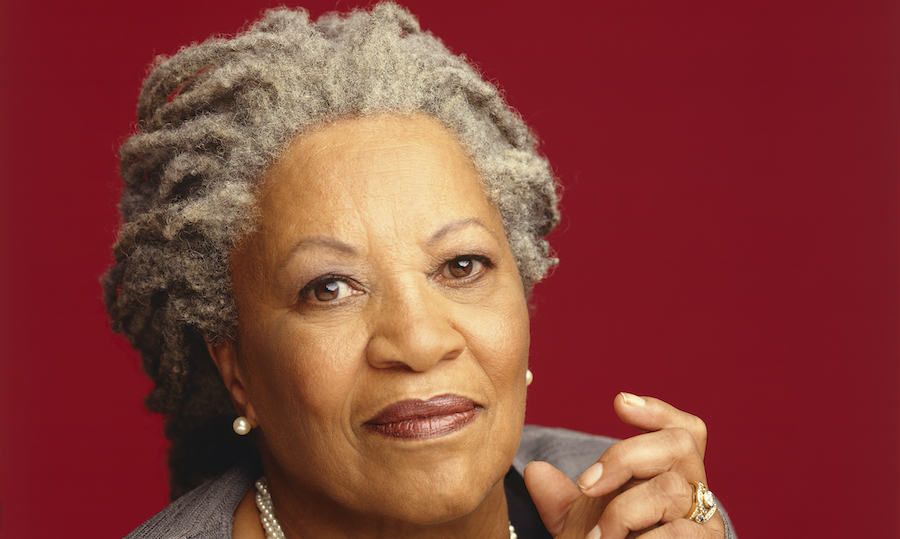 I discovered her when I picked up The Bluest Eye and was astonished to find that she’d grown up in a (smallish city) only miles from my own smaller town—Avon Lake—so that was it. I don’t remember my reaction to The Bluest Eye but I can say after that I sought out every new book by her and was increasingly knocked out. I’d never experienced writing like this—writing that was both poetic and devastating—writing that used imagination in ways that I never thought possible while describing or bringing to light hard, hard truths. Over the years and when pressed to answer who was my favorite author—most admired author—I said Toni Morrison. She is the only author I can truthfully say of whom I have read all of her books (save one) more than once—and have also read all of her nonfiction. I have every book she’s published of fiction and I have many novels in several editions with different covers. When they came out I bought them.

In early 1993, nine months before she won the Nobel, in a column about books I regularly wrote—it was monthly—when asked who should win the Nobel Prize for Literature I said Toni Morrison and why (I framed that column later—still have it). I was at my bookstore when I learned she’d been awarded the Nobel Prize. I burst into tears. Several of us did.

It became a bucket list wish that I wanted to meet her someday and low and behold my bookstore at the time got an event with her for Paradise. Small side note: I was in the meeting with the bookstore brass while they wrestled with who should interview her—who she should be in conversation with. I knew from a previous conversation that Dorothy Allison also revered her so I brought up her name—it was decided on the spot and Dorothy later thanked me many times when she heard the story.

So the event was at the Palace of Fine Arts in San Francisco. One thousand seats and sold out. The events chief then purposefully gave me the job of being Morrison’s “major doms”—I met the limousine outside—helped her open her door—brought her water—hovered to fulfill every wish—walked her through the dark backstage—opened the curtain at the proper moment for her to step into the light and, later, while she had not agreed to sign books (for whatever reason) she agreed to greet her fans. We had roped off lines so each person could approach her individually (hundreds lined up) and I got to stand about two or three feet to her right to make sure no one lunged across the table she sat at. More security was further away. I got to hear (not by trying) every single person say something virtually the same about how her books changed their life. When I got home again I cried.

What made me such a fan I think is how much her books got under my skin—how they informed me (lordy she opened my eyes to slavery and racism like no one else) but at the same time also wowed me with the way she used language. I had no idea one could phrase things the way she did as if her words were music and poetry and philosophy and oral storytelling all rolled up together. She is the only author (I think) whose words and language struck me so hard I could quote them later. They were seared into my brain.

I have many stories of what happened to me while reading a new novel by Toni Morrison. Here’s just one: I had trouble with Beloved in my first encounter with it. This happened to me a few times with her works but Beloved was the tallest climb. I read it through but struggled with my understanding—it does after all have some sounds as paragraphs like Ssssss—my experience of it was as if I had encountered a sound or a color I’d never seen or heard. I couldn’t place it. But I remembered lines of beauty so striking I wanted to find them again. I remember this well.

It was early on a Saturday afternoon only some days after first reading the book. I sat on my bed which was a mattress on the floor (a colorful pleasant room in all) and opened the novel again to find those words that had so struck me, but began to read Beloved again in my search. I read the entire novel well into dusk before leaving my room and now I got it—now I felt I entered this story (insofar as I could) in the way it was intended. I had no sense of the passage of time, or tiredness or whatever—I left my room in a daze. Just now I’m thinking maybe that was the genesis of why I’ve read her novels several times. They are greater than my capacity to absorb them at times—truly a sign of a great novelist that as the reader matures, the book seems to open but it’s not the book—it’s us being able to meet the book…

So while I’d heard she had been frail and ill, it still brought me tears and sadness when I learned she’d died. It’s the kind of sadness largely around recognizing she helped make me a better me—she brought me to awe—she made me cry and marvel at the same time. She astonished me, regularly—and in her nonfiction she taught me a master class of how to think, examine and explore in ways so utterly new to me I had to read and reread just to join in the idea. I will miss that there will not be more books, certainly more novels. Her works powerfully impacted me. I loved her madly.

Sheryl Cotleur is a veteran bookseller who has also served as a jurist for a number of ABA book awards, including the 2014, 2013, and 2010 Jurist Indie’s Choice Awards. She currently serves as the front and backlist Adult Book Buyer for Copperfield’s Books which has seven stores in Sonoma, Marin, and Napa counties in San Francisco’s North Bay. 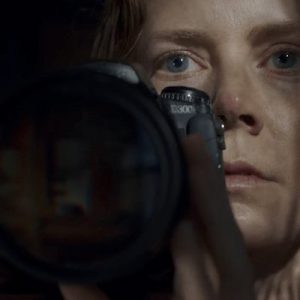 With her sensitive turn in Arrival, Amy Adams showed us yet again how good she is, and proved that she can add emotional...
© LitHub
Back to top