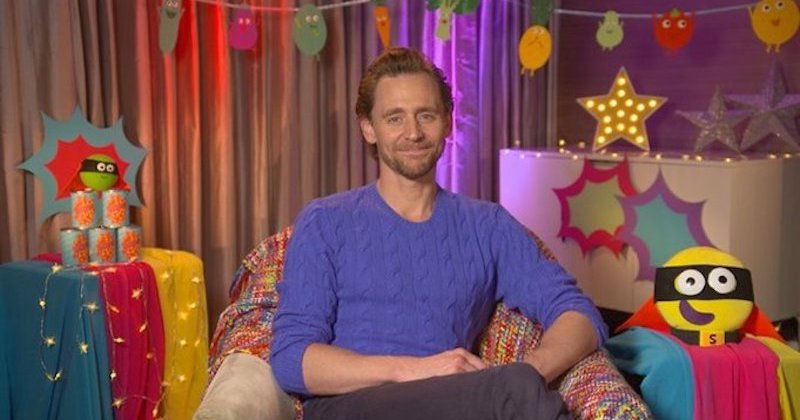 Tom Hiddleston—the devilishly handsome English actor best known for his role in Terence Davies’ harrowing 2011 film adaptation of Terence Rattigan’s 1952 stage play about a tortured affair between an RAF pilot and the wife of a high court judge, The Deep Blue Sea—is set to follow in the footsteps of fellow Hollywood A-listers Chris Evans, David Tennant, Isla Fisher, James McAvoy, and (most delightfully) Tom Hardy by reading the children of the U.K. a story before bedtime.

Yes, the High-Rise star has signed up to present an installment of CBeebies Bedtime Stories, the wildly popular ten-minute television program, airing every weeknight from 6:50 to 7, wherein a celebrity reads a children’s story to a millions-strong audience of pallid British tots and their sleep-deprived parents.

Hiddleston will read Sue Hendra and Paul Linnet’s Supertato, which tells the story of a superhero potato and a supervillain pea.

The episode airs across the pond on June 25 and will be available on the BBC iPlayer.