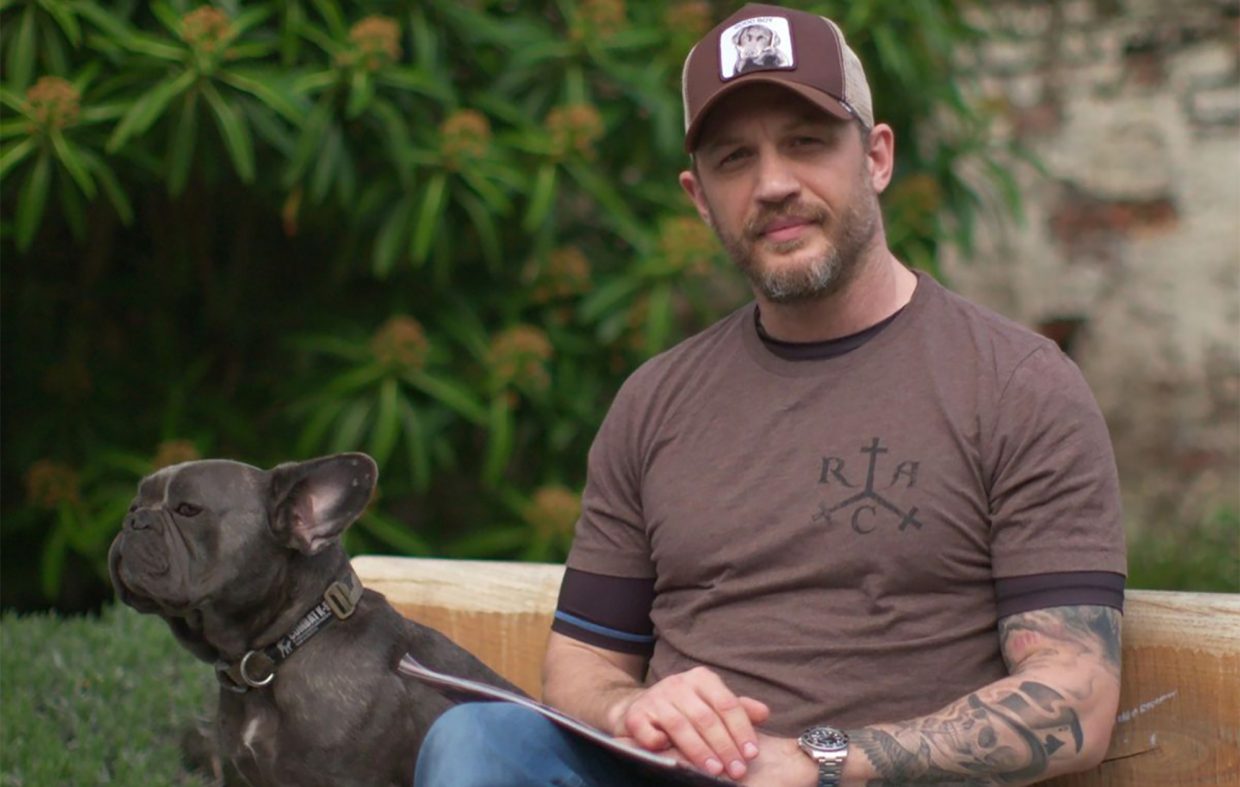 Gather round, children, for storytime with Tom Hardy and his french bulldog.

The BBC’s children’s channel CBeebies has had tremendous success over the past decade with its Bedtime Stories program—a ten-minute slot, airing every weeknight from 6:50 to 7, wherein a celebrity reads a children’s story to an audience of rapt rugrats across the UK. Previous celebrity storytellers include Chris Evans, David Tennant, Isla Fisher, and James McAvoy, but the unlikely breakout star of the series has, without a shadow of a doubt, been Tom Hardy, whose 2016 installment has been requested a whopping 1 million on the BBC iPlayer. As you’ll see when you smash that play button, it’s not hard to understand why:

Unsurprisingly, ever since this episode aired, parents and children across England’s green and pleasant land have been crying out for more hypnotic Tom Hardy storytime, and now, in their darkest hour, he has delivered. Yes, the star of such kid-friendly fare as Locke, Warrior, and The Revenant will make his glorious return to CBeebies in an unprecedented week-long residency later this month. Beginning on April 27, Hardy will read a story a night over the course of a week, with a bonus sixth story set to air later in the year. The first lucky five are:

Hug Me by Simona Ciraolo
Under The Same Sky by Robert Vescio and Nicky Johnston
There’s A Tiger In The Garden by Lizzy Stewart
Don’t Worry, Little Crab by Chris Haughton
The Problem With Problems by Rachel Rooney and Zehra Hicks

He will be joined by his French bulldog, Blue, and will introduce the first book (Hug Me) with a personal message. “Hello. I’m Tom. Sometimes, on a day like this, I feel strong and happy. But on other days, I just need somebody to give me a hug. Tonight’s bedtime story is all about a little cactus called Felipe, who just wants a hug too,” he will say.

This is obviously delightful, and though I have no children, nieces, nephews, or precocious diminutive sidekicks of my own, you better believe I will be downloading whatever the BBC iPlayer is and tuning in to find out what happens to that sweet little cactus (please let him be ok. I’ll kill myself if he’s not ok…).

Maybe the thing I love most about this, aside from, you know, every single aspect of it, is the fact that a quick glance over Hardy’s filmography reveals an interesting truth: he has never, not once, made a film that you could in good conscience show to a child. He has never voiced an anthropomorphic animal in a Disney cartoon or flexed and grinned his way though a glossy superhero flick (Venom, as anyone who has seen it will tell you, very much does not count) or found himself playing a rake who learns pat life lessons from an adorable chocolate lab. The pale toddlers of the United Kingdom have absolutely no familiarity with his voice (somehow soothing and deeply menacing at the same time) or his presence (hulking, vulnerable, charged with buried violence), and yet the moment he asks them if they like dogs—something countless lesser adults, including their own fathers, have undoubtedly asked them on numerous occasions—they understand his inimitable magnetism. As well they should.

It may be a few more years before these perceptive tykes can watch Taboo (a criminally under-appreciated 2017 series, seen by approximately eight people, in which a mystical, presumed-dead Hardy returns to the grim streets of 1814 London to do battle with the East India Trading Company and reignite a sexual relationship with his sister), but they’ll get there. They’ll all get there.