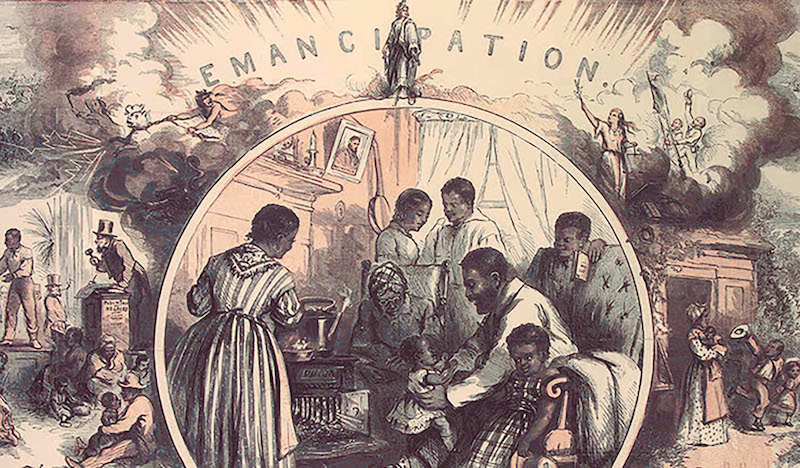 Over a century and a half after the end of the Civil War, the Reconstruction era that followed that conflict remains a critical turning point in the history of American democracy. During Reconstruction, the nation’s laws and Constitution were rewritten to guarantee the basic rights of the former slaves, and biracial governments came to power throughout the defeated Confederacy. These governments created the South’s first public school systems, began the process of rebuilding the Southern economy, and sought to protect the civil and political rights of all their constituents.

During this era, the United States tried to come to terms with the consequences of the Civil War—the most important being the preservation of the nation-state and the destruction of the institution of slavery. Reconstruction was a time period—generally dated 1865-77—and a historical process that does not have a clear, fixed end: One might say that in our country, we are still trying to work out the consequences of the end of slavery. In that sense, Reconstruction never ended. Its relevance to the present is highlighted by demands for racial justice that continue to reverberate throughout our society.

Issues that roil American politics today—the definition of citizenship and voting rights, the relative powers of the national and state governments, the relationship between political and economic democracy, the proper response to terrorism, racial bias in the criminal justice system—all of these are Reconstruction questions.

Yet, despite its significance, the Reconstruction era has long been misunderstood. For much of the past century, historians portrayed it as a time of corruption and misgovernment—the lowest point in the saga of American democracy. According to this view, Radical Republicans in Congress, bent on punishing defeated Confederates, established corrupt, Southern governments based on the votes of freed African Americans, who were supposedly unfit to exercise democratic rights.

This portrayal, which received scholarly expression in the early 20th-century works of William Dunning and his students at Columbia University, provided an intellectual justification for the system of segregation and disenfranchisement that followed Reconstruction, and for the depredations of the Ku Klux Klan and other violent organizations bent on restoring and maintaining white supremacy. Any effort to restore the rights of Southern Blacks, these writers suggested, would lead to a repeat of the alleged horrors of Reconstruction. As late as 1944, Gunnar Myrdal noted in his influential work, An American Dilemma, that when pressed about the Black condition, white Southerners “will regularly bring forward the horrors of the Reconstruction governments and of ‘Black domination.’”

Reconstruction was a time period and a process that does not have a clear, fixed end: we are still trying to work out the consequences of the end of slavery.

Today, having abandoned the racism on which the old view of Reconstruction was predicated, most historians see Reconstruction as a laudable effort to build an interracial democracy on the ashes of slavery. But the old view retains a remarkable hold on the popular imagination, including the pernicious idea that expanding the rights and powers of Blacks constitutes a punishment to whites.

Among Reconstruction’s most tangible legacies are the three constitutional amendments ratified between 1865 and 1870. The Thirteenth Amendment irrevocably abolished slavery throughout the United States. The Fourteenth constitutionalized the principles of birthright citizenship and equality before the law regardless of race. The Fifteenth sought to guarantee the right to vote for Black men throughout the reunited nation. All three empowered Congress to enforce their provisions, radically shifting the balance of power from the states to the nation, ensuring that Reconstruction would be an ongoing process.

The amendments had flaws. The Thirteenth allowed involuntary servitude to continue for people convicted of crime, inadvertently opening the door to the subsequent creation of an enormous system of convict labor. The Fourteenth mandated that a state’s number of Congressional representatives would be reduced if it barred groups of men from voting (a provision that was never enforced), but imposed no penalty if it disenfranchised women. The Fifteenth allowed states to limit citizens’ right to vote for reasons other than race. Nonetheless, the amendments should be seen not simply as changes to an existing structure, but as a second American founding, which created a fundamentally new Constitution.

Taken together, as George William Curtis, the editor of Harper’s Weekly, wrote at the time, they transformed a government “for white men” into one “for mankind.” They laid the foundation for a remarkable, democratic experiment in which, for the first time in our history, Black men throughout the nation were allowed to exercise the right to vote in large numbers, and to hold public offices ranging from members of Congress to state legislators and local officials.

Reconstruction also made possible the consolidation of Black families, so often divided by sale during slavery, and the establishment of the independent Black church as the core institution of the emerging Black community. But the failure to respond to the former slaves’ desire for land left most with no choice but to work for their former owners. Yet, despite the failure to provide an economic foundation for the freedom that African Americans had acquired, political and social change was so substantial that it evoked a violent counterrevolution. One by one, the biracial governments fell by the wayside, until by 1877 all the Southern states were under the control of white supremacists.

By 1900, with the acquiescence of a conservative Supreme Court, the new constitutional amendments had become dead letters in most of the South. As Frederick Douglass observed shortly before his death, “principles which we all thought to have been firmly and permanently settled” had been “boldly assaulted and overthrown.”

One lesson of Reconstruction and its aftermath is that our Constitution is not self-enforcing. Rights can be gained and rights can be taken away, to be fought for another day. The civil rights revolution of the 1960s, which swept away the legal edifice of Jim Crow, was sometimes called the Second Reconstruction. Today, despite an alarming resurgence of white nationalism, we may be on the verge of a Third Reconstruction, which will finally address the deep inequalities in wealth, health, education, and treatment by the police that are the legacies of two-and-a-half centuries of slavery and nearly a century of Jim Crow. As long as the legacy of these eras of inequality continue to plague our society, we can expect Americans to return to Reconstruction and find there new meanings for our fractious and troubled times. However flawed, the era that followed the Civil War can serve as an inspiration for those striving to achieve a more equal, more just society. 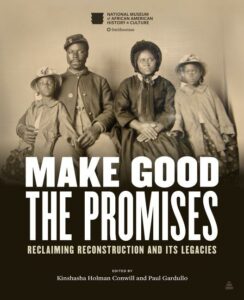 Eric Foner is an American historian. He writes extensively on American political history, the history of freedom, the early history of the Republican Party, African-American biography, Reconstruction, and historiography, and has been a member of the faculty at the Columbia University Department of History since 1982

Interview with an Indie Press: After Hours Editions 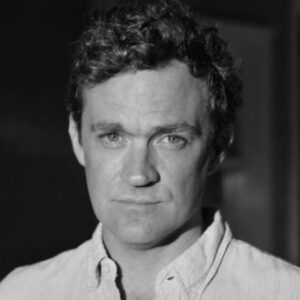