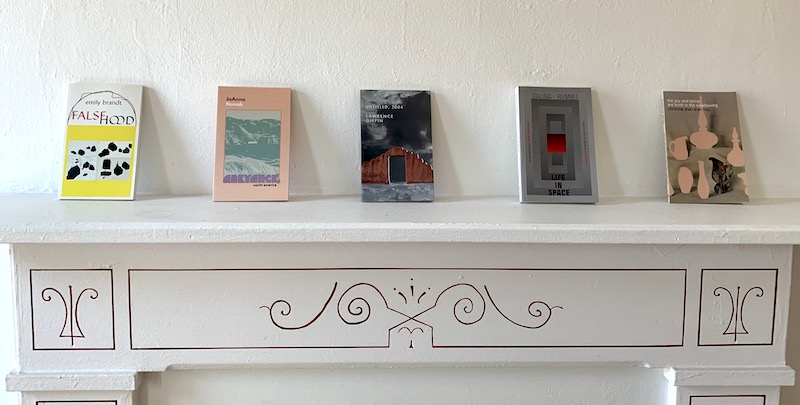 Interview with an Indie Press: After Hours Editions

On the “Slow Burn” of Publishing Poetry

From their office in upstate New York, After Hours Editions—founded and run by Sarah Jean Grimm and Eric Amling—are bringing inventive, carefully designed works of poetry into the world, one title at a time. The press began publishing its first books during the pandemic, and since then, has released six, with more to come; with a relatively modest pace and budget, Grimm and Amling say their priority is simply to create more space for poets and lovers of poetry. The two answered questions about creating a business from the ground up, working within the poetry community, and patience in the publishing process.

After Hours is purely a labor of love, and as the name implies, it’s labor that is relegated to evenings and weekends. That might sound like a drag, but it’s most often the opposite. Running the press according to our own clocks allows us to make sure we’re passionate about every book we’re printing. We aren’t publishing toward a bottom line, financially speaking. The goal is fairly modest: we want one book to pay for the next and on and on, so that we can continue.

There aren’t enough homes for poetry out there, and it seems to me that whatever time we can contribute—whether we’re publishing two books one year or five the next—is a net gain for poets and for people who read poetry. And it feels like a real privilege to be a part of that. There’s an added pleasure in that I edit the press with Eric, my husband, and getting to collaborate and create with him is genuinely exciting to me. The press is a vehicle for our conversations about art, and it puts us in the lucky position of getting to promote work that moves us both.  –Sarah Jean Grimm, editor/publicist

Being a publishing team of two, we benefit from having total editorial and creative control. Part of my interest in starting a press was to have the ability to steer the aesthetic. Every cover is designed in-house and editorially, we’re aligned on the potential of an author’s work.  –Eric Amling, editor/designer

Well, I just said “people who read poetry,” and I wish more people might consider themselves people who read poetry. There’s a self-deprecating refrain that only poets read poetry. While that isn’t true, it is based on a pervasive (and I think very American) notion that poetry isn’t “for” everyone, that it can’t be widely understood. Poems are all about possibility, and the best ones will offer new ways to be read at every encounter; half of it is on the page, and the other half is up to the reader. But it’s definitely a reciprocal relationship and it depends on engagement. So it can be disheartening to know that there’s an otherwise avid readership out there, and that the entire genre of poetry simply isn’t part of their diet.

Likewise, it can be difficult to get significant media attention for collections of poetry. By fiction or nonfiction standards, I think most publicity campaigns for poetry might be considered failures. The conversation isn’t happening at the same volume. But it is happening, and I think we’re just getting started in terms of finding our readers.

“All the projects we’ve taken on thus far combine an acute perception of humanity with the appreciation of a good line.”

I think our challenges are particular to the fact that we are an independent poetry press. You have your own rule of measure for a book’s success. And success could mean many things in this case. A poetry title, in terms of sales, can be a slow burn. I totally get that and accept that as a poet, but as a publisher, you’re hoping readers find their way to a book you enjoy immediately.  –Eric Amlingeditor/designer

The jury is still out. We’re such a young press. Back when we were just publishing chapbooks, I was particularly amazed when we published Galina Rymbu’s White Bread. It was the first English collection of her work in any form. We had sales from around the world and though maybe not a game-changer, financially, it certainly encouraged me to want to contribute to publishing the full-length work of poets.  –Eric Amling, editor/designer

The excitement around that chapbook was really thrilling to witness. When Galina’s full-length, Life in Space, was ready for publication, we teamed up with Ugly Duckling Presse on the release. They do beautiful letterpress cover treatments and have a robust platform for translations, so we felt lucky to be involved in the project. It felt pretty monumental. Galina’s work has an uncommon edge and an urgency to it that can be almost startling. Her poems remind me of the vitality of the entire form, how potent it can be, and how much it can matter.  –Sarah Jean Grimm, editor/publicist

It wasn’t exactly up to us, but so far, every book we’ve published has been released into the pandemic. For a while, that obviously made every decision—buying groceries, bringing the mail in, having twelve boxes of a new title delivered to our door without any in-person events to support their sales—feel like a big risk. I’m not sure how successfully we’ve navigated these waters, but I’m glad we’ve forged ahead. The alternative would have been too bleak and too boring.  –Sarah Jean Grimm, editor/publicist

Having a credit card attached to an LLC seems ridiculous. As Sarah Jean mentioned, there was a hesitation to keep going during the pandemic. Should we hold off on publishing books when there are daily headlines obliterating your time and space? Though we haven’t had the chance to celebrate our authors’ books the way we would’ve liked to, it’s been great to hear from readers how much they’ve loved our titles.  –Eric Amling, editor/designer

I’m reluctant to call it a “sensibility,” but all the projects we’ve taken on thus far combine an acute perception of humanity with the appreciation of a good line.  –Eric Amling, editor/designer

I think that’s right—and a good line can seduce you into a new degree of understanding. I’m also especially interested in poetry that expands or destabilizes language. I find that quality in a lot of translated literature, and one of our commitments as a press is to publish at least one book in translation each year.  –Sarah Jean Grimm, editor/publicist

We’re publishing celebrated Costa Rican poet Luis Chaves’s Equestrian Monuments in the fall. His work has been translated into multiple languages, but this will be his first collection in English. It’s been a project ten years in the making for the translators, Julia Guez and Samantha Zighelboim, and we’re excited to help bring his work to a wider audience.  –Eric Amling, editor/designer

We hold sporadic open reading periods with no fee to submit. We advertise these reading periods on our website and social media platforms. Hopefully as we attract more readers, more writers will think of us as a possible home for their debuts. It’s no small thing to be entrusted with someone’s manuscript, and we’re grateful to everyone who shares their work for us to consider.  –Sarah Jean Grimm, editor/publicist

I’ve found so many of my favorite poets through The Song Cave, Birds LLC, and Octopus Books. Action Books and Ugly Duckling Presse publish incredibly exciting work, especially in translation. The Canadian indie Metatron consistently makes beautiful books across genres and with a focus on debut writers, which is such a gift. Glancing at my shelves right now, I’ll also say that much-loved books from Nightboat and New Directions take up a big percentage of real estate.  –Sarah Jean Grimm, editor/publicist

I find myself always interested in what Fence, Wave, and Wonder are publishing. I feel like we’ve seen some great ones close up shop in recent years. But there have been newcomers like Fonograf and Golias that are making some handsome objects.  –Eric Amling, editor/designer 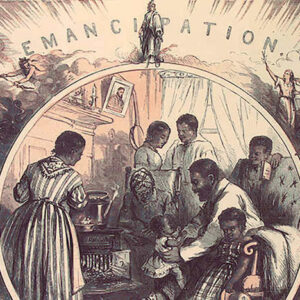 Over a century and a half after the end of the Civil War, the Reconstruction era that followed that conflict remains a critical...
© LitHub
Back to top