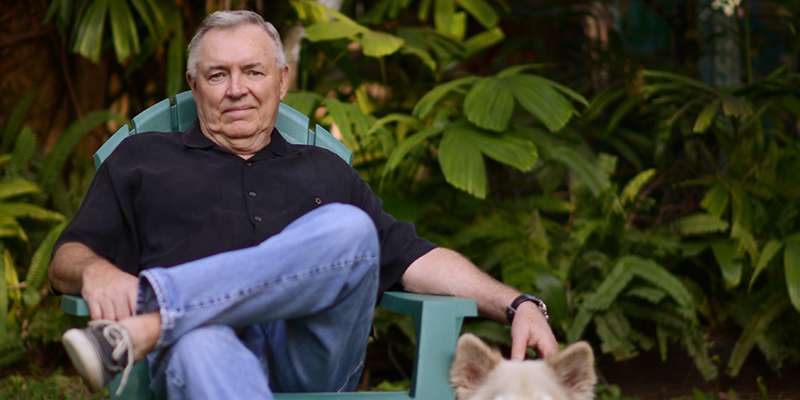 On today’s episode of The Literary Life, Mitchell Kaplan talks to Les Standiford about his new book, Battle for the Big Top, out now from PublicAffairs Books.

Les Standiford: I started off with this project thinking it would be entertaining. It would be fun to write about the bearded lady and the alligator man and the elephants and so on, and indeed if people have half as much fun reading this book as I had writing it, they’ll get their money’s worth.

But, as I worked and got deeper and deeper into the material, I came to understand that the circus was important, and understanding the importance of the circus and why it was so popular for so long in the country is key to understanding who we are as a people. Over the past 100 years, the entertainment platforms have shifted so rapidly, radio, then the movies, then television, then VHS, and then streaming and cell phones. We’re at the point now where entertainment is being beamed right into your hands and while you’re driving. It’s not just into your living room, but into your bedroom, into your car, or into your bathroom, on your cell phone, and all that’s taken place there is these rapid, massive changes in how entertainment delivered to us for the better part of a century.

Before that, there was only one popular entertainment platform in the country that amounted to anything, and that was the circus. There were seven to ten thousand people in an afternoon or an evening performance, and they would gather together to watch, long before professional baseball franchises or theaters that held to 300 to 400 people. But there was nothing else like the circus where masses of people came together to be entertained.

Les Standiford is the author of several critically acclaimed books, including Last Train to Paradise, Meet You in Hell, and Bringing Adam Home. His book, The Man Who Invented Christmas, was a New York Times Editors’ Choice and was made into a feature film starring Christopher Plummer and Dan Stevens in 2018. He is a Professor of English and Founding Director of the Creative Writing Program at Florida International University and holds a MA and PhD in literature and creative writing from the University of Utah. He attended the US Air Force Academy and Columbia School of Law and is a former screenwriting fellow and graduate of the American Film Institute in Los Angeles. He lives in Miami, Florida.

The Servant Girl and Alexandre Alexandre’s servant had waited more than two decades before rising to the position of nanny...
© LitHub
Back to top